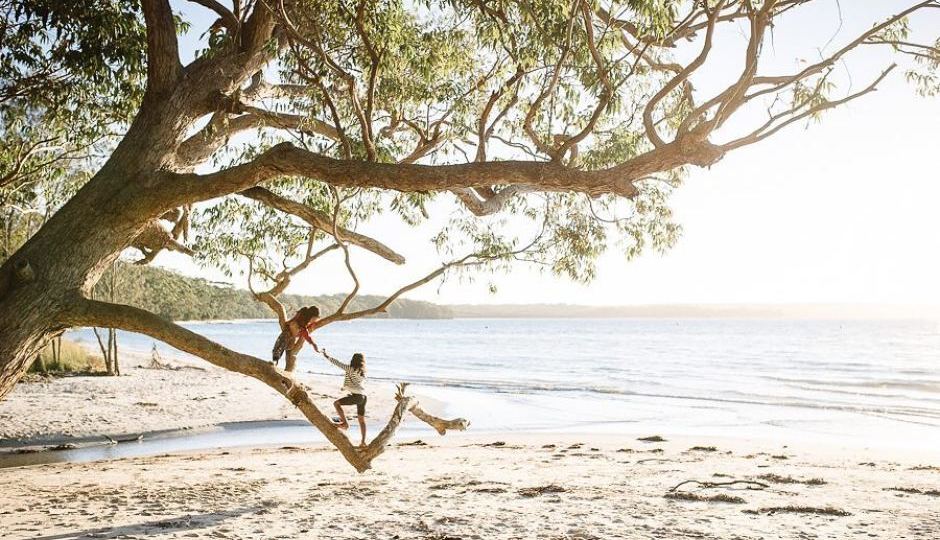 Hole in the Wall Beach near Jervis Bay is a photographer's paradise. Photo: ABC

Whether you’re a fan of a long stroll down an abandoned beach or sitting under a palm tree with a cocktail in hand, somewhere along Australia’s 25,760km of coastline there is bound to be a spot in the sun with your name on it.

But what makes a great beach, and where are the best beaches Australia has to offer?

Hole in the Wall, NSW

Hole in the Wall is a small beach tucked away in the Booderee National Park, near Jervis Bay on the NSW south coast.

With plenty of shade, calm waters and nearby camping facilities, it is ticking plenty of the best beaches boxes.

Also in the Jervis Bay region, Vincentia Beach lives up to all of the best beach qualities.

The township of Vincentia has some great spots to eat and plenty of holiday accommodation, making it the perfect weekend getaway destination.

Tallow Beach at Byron Bay is known as a favourite surf spot for locals and tourists alike.

A wide beach, ‘Tallows’ sits just below the Byron Bay lighthouse and is surrounded by some impressive cliffs.

A stone’s throw from the township of Byron Bay, it’s the perfect beach for dip before heading in to town to explore.

After it was ranked the second-top beach in the world on FlightNetwork’s World’s Best Beaches list, could any list of the best Aussie beaches be legit without the inclusion of Whitehaven?

With so much space, it is not to hard to find a spot to yourself. The island is accessible by boat, seaplane and helicopter from Airlie Beach or Hamilton Island.

Happy Bay sits on the north-western coast of Long Island in the Whitsundays.

Offering a gentle spot to harbour, some good outer-bay snorkelling and a stellar fishing opportunity, it would be hard not to be happy at this little beach.

Cable Beach in Broome, WA is a hefty 22km stretch of sand that faces the Indian Ocean.

Interestingly, Cable Beach was named after the telegraph cable laid between Broome and Java in 1889.

Vehicles are welcome on this beach, so you are free to drive until you find a spot that takes your fancy.

Backing on to the Lincoln National Park, Sleaford Bay is just about the most south-eastern point of the Eyre Peninsula that enjoys some reasonable surf.

The bay is a secluded cove that picks up south and south-west swells.

Enjoyed for its rugged beauty, relative privacy and surf, it is not hard to see why South Australians have been trying to keep this one secret.

Oberon Bay is just a few kilometres south of Tidal River at Wilson’s Promontory in Victoria.

However, it is only accessible on foot or by boat, and is about a 2–3 hour walk from Tidal River.

It is part of a loop walk you can do over a few days around the prom. Though not easy to get to, this seclusion is a major factor in the beach’s beauty.

Hidden away off the beaten track, you will find Friendly Beaches on Tassie’s Freycinet Peninsula.

Home to sands that would have to be a contender for whitest sand in the world, there are several kilometres of beach, rockpools and some interesting tessellated rocks.

The best Australian beaches to visit this summer