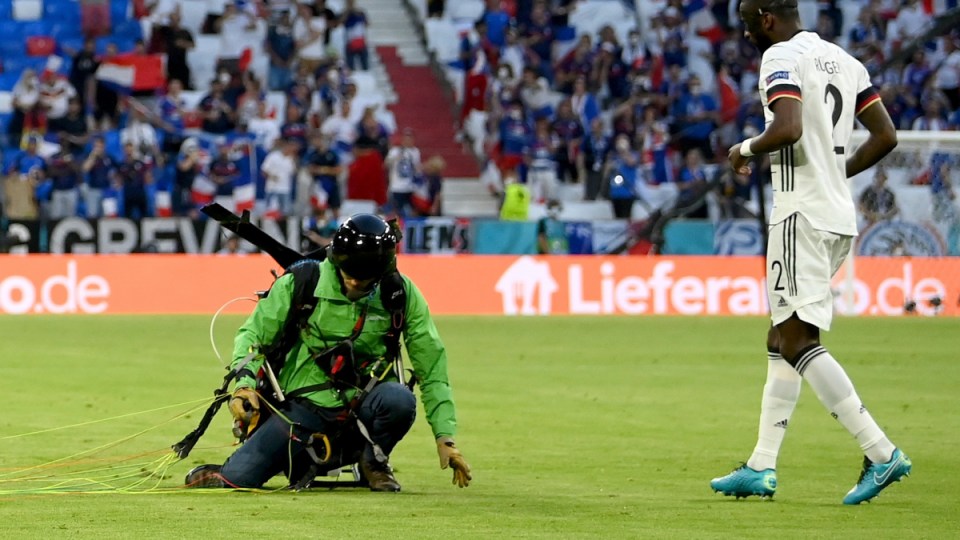 Germany's Antonio Ruediger checked on the protester before he was escorted from the pitch. Photo: AP

A Greenpeace protester has narrowly avoided disaster after parachuting into Munich’s Allianz Arena moments before kick-off in France and Germany’s Euro 2020 clash.

The man appeared to lose control of his parachute upon entry into the stadium, flying at some pace dangerously close to crowd members before an abrupt landing on the pitch.

The protester came passed over France manager Didier Deschamps, in his dugout, before descending safely on to the pitch, where he was assisted to his feet by Germany’s Antonio Rüdiger and then quickly met by security.

Reports suggested the man’s parachute made contact with camera cables suspended high above the pitch, causing him to lose control.

The man’s parachute was emblazoned with the words “Kick out oil”.

He was escorted from the pitch by security and given medical attention, but appeared to be OK.

The Group F match started on time as scheduled.