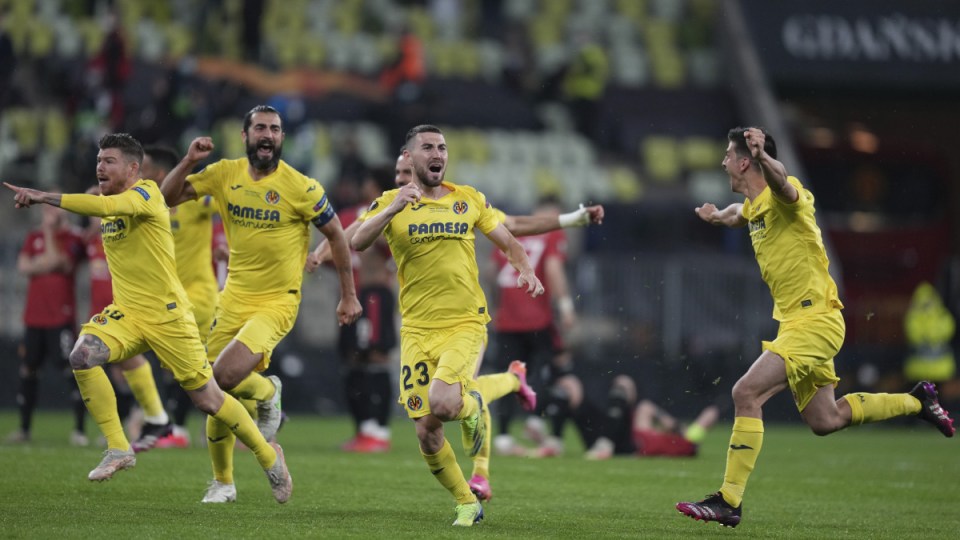 Villarreal has won the Europa League after prevailing in an epic 11-10 penalty shootout victory over Manchester United, after the game ended 1-1 in Gdansk.

An extraordinary shootout then unfolded with both sides taking 10 successful spot kicks.

It then came down to a sudden-death contest between the goalkeepers.

Geronimo Rulli scored his by smashing the ball into the net before David de Gea was unable to do likewise, seeing his effort saved by his opposite number and handing a first major European trophy to Villarreal.

The win gave Villarreal coach Unai Emery a record fourth title in the competition – three of them with Sevilla from 2014 to 2016 – and secured his side a return to the Champions League.

“We worked hard this season and I think we deserved to win and to do something important,” Emery said.

On this day 22 years ago, Solskjaer wrote himself into folklore when turning home at the death as Sir Alex Ferguson’s United side fought back to win the Champions League and complete the treble.

But May 26, 2021 did not provide another triumphant chapter in United’s success-laden story, with the match ending 1-1 and going to a penalty shootout after Edinson Cavani cancelled out Gerard Moreno’s opener.

As Rulli lay on the grass after his save, his entire team ran over and piled on top of the Argentine.

It was an upset to savour as Villarreal – a team from a city of about 50,000 people and affectionately known as the Yellow Submarine – secured the first major trophy in their 98-year history.

It was a heartbreaking end to a promising season for United, which finished as Premier League runners-up and now has not won any silverware since its Europa triumph under Jose Mourinho in 2017.

“That’s football for you. Sometimes it’s decided on one kick. That’s the difference between winning and losing sometimes,” Solskjaer said.

“We’ve got to learn from that one, got to not savour this feeling, but taste this feeling and make sure you don’t get it again.”

In the first European final to be played in front of a crowd in two years amid the COVID-19 pandemic, Villarreal survived a tough second half to give Emery a record fourth title in the competition.

Gerard Moreno stretched to reach Dani Parejo’s free kick and steered the ball past de Gea to open the scoring for the Yellow Submarine in the 29th minute, only for United to level when Edinson Cavani poked the ball home after collecting Marcus Rashford’s deflected shot on 55 minutes.

After no goals were scored in extra time, all outfield players scored their penalties before Rulli got the better of de Gea.

Villarreal’s success-starved fans went wild at Stadion Gdansk, where you would not know there were only 9500 in attendance given the noise throughout.