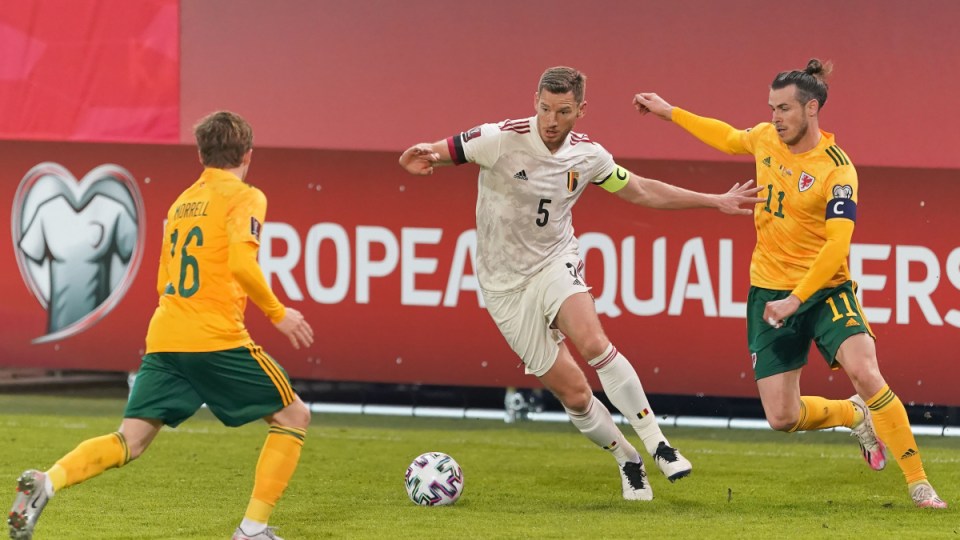 The road to Qatar for the 2022 World Cup has begun for European teams with a slip-up by France to open their title defence, a comeback win for world No.1 Belgium, an upset loss for the Netherlands and a human-rights statement by Norway.

The French were held 1-1 by Ukraine inside an empty Stade de France outside Paris in Group D.

An own-goal by defender Presnel Kimpembe on 57 minuts cancelled out Antoine Griezmann’s 19th-minute opener for the hosts.

“It is not enough for a first match,” France goalkeeper Hugo Lloris told broadcasters TF1.

“We have to negotiate the next matches in a better way.”

Belgium produced a subdued but controlled display to start their qualifying campaign with a comeback 3-1 win over Wales.

After conceding an early goal to Harry Wilso, the Belgians quickly recovered with goals from Kevin De Bruyne, Thorgan Hazard and Romelu Lukaku.

A hat-trick by 35-year-old striker Burak Yilmaz earned Turkey a 4-2 home win over the Netherlands, whose qualifying record for major international tournaments has been sketchy in recent years.

The Dutch failed to make it to EURO 2016 or the 2018 World Cup in Russia, and haven’t shown great form under new coach Frank de Boer, who has just two wins in seven matches since replacing Ronald Koeman.

“This was the first of 10 games and it is important not to drop any more points.”

They are in a tricky Group G that also includes Norway, who preceded their 3-0 win over Gibraltar in the Spanish city of Malaga by lining up before kick-off wearing T-shirts over their national-team jerseys bearing the message “HUMAN RIGHTS” followed by “Respect on and off the pitch”.

It was an apparent statement about human rights abuses in Qatar, which is under scrutiny because of its discriminatory laws and conditions for the migrant workers who are helping to build infrastructure for the World Cup.

Croatia, who lost to France in the 2018 World Cup final, got off to a disappointing start in Group H by losing 1-0 to Slovenia.

Reigning European champions Portugal produced a rusty display in their 1-0 home win over Azerbaijan in Turin, with Maksim Medvedev bumbling the ball into his own net after a mix-up with goalkeeper Shahrudin Mahammadaliyev in the 37th minute.

Portugal are one of the teams playing their opening qualifiers in neutral territory because of coronavirus travel restrictions.

Serbia substitute Aleksandar Mitrovic scored a second-half brace to give them a comeback 3-2 home win over Ireland in the day’s other Group A match.

In other results, Russia defeated Malta 3-1, the Czech Republic hammered Estonia 6-2, Finland drew 2-2 with Bosnia and Herzegovina while Cyprus and Slovakia played out a goalless affair.