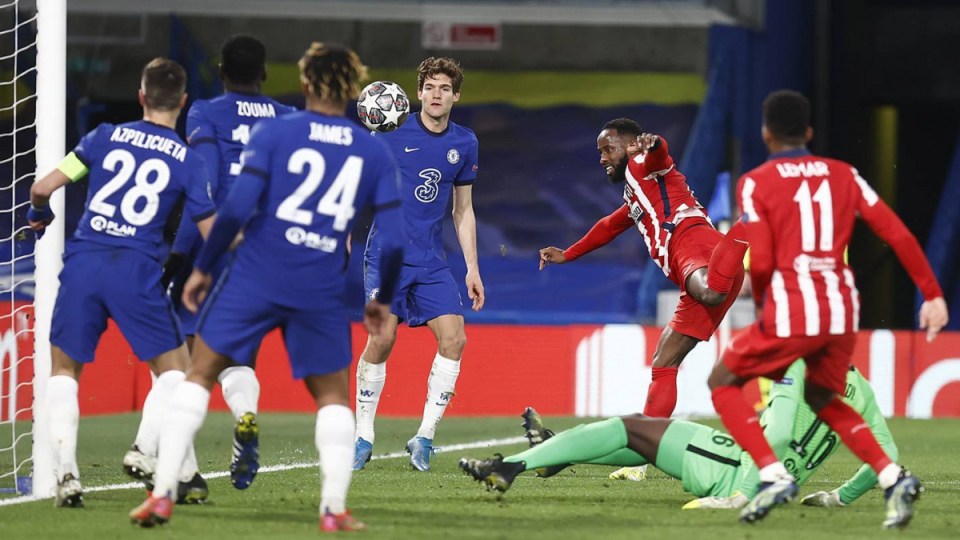 Chelsea have defeated Atletico Madrid 2-0 to reach the Champions League quarter-finals for the first time since 2014 while holders Bayern Munich beat Lazio 2-1 to reach the last eight for a record 19th time.

At Stamford Bridge, Hakim Ziyech and Emerson were on target to seal manager Thomas Tuchel’s rejuvenated Chelsea a 3-0 aggregate win.

Chelsea’s 11th clean sheet in those 13 games under Tuchel provided the foundation for another landmark result.

Ziyech squeezed the ball under Atletico goalkeeper Jan Oblak in the 34th minute of the last-16 second leg as he connected with a cross from Timo Werner who had raced down the left after being fed by fellow German Kai Havertz.

Substitute Emerson made sure of the victory with a strike deep into stoppage time.

Atletico were left to rue referee Daniele Orsato’s decision not to give a penalty when, with the score goalless, Chelsea captain Cesar Azpilicueta under-hit a back pass and put his arm around Yannick Carrasco who went down in the box.

The visitors finished the game with 10 men after Stefan Savic was shown a red card in the 82nd minute for elbowing Chelsea defender Antonio Rudiger in the chest at a corner.

Bayern cruised past Lazio 6-2 on aggregate to advance to the quarters for the ninth time in the past 10 seasons.

The German giants broke a tie with Barcelona as they reached the last eight for the 19th time since the elite competition was rebranded the Champions League in 1992-93.

World player of the year Robert Lewandowski opened the scoring for Bayern at the Allianz Arena from the penalty spot in the 33rd minute, his 39th goal of the season in all competitions, to virtually end Lazio’s hopes.

The German champions took their foot off the gas before substitute Eric Maxim Choupo-Moting, having replaced Lewandowski, added the second goal in the 73rd minute.

The draw for the quarters and semi-finals is on Friday.

Chelsea, Bayern round out last eight in Champions League