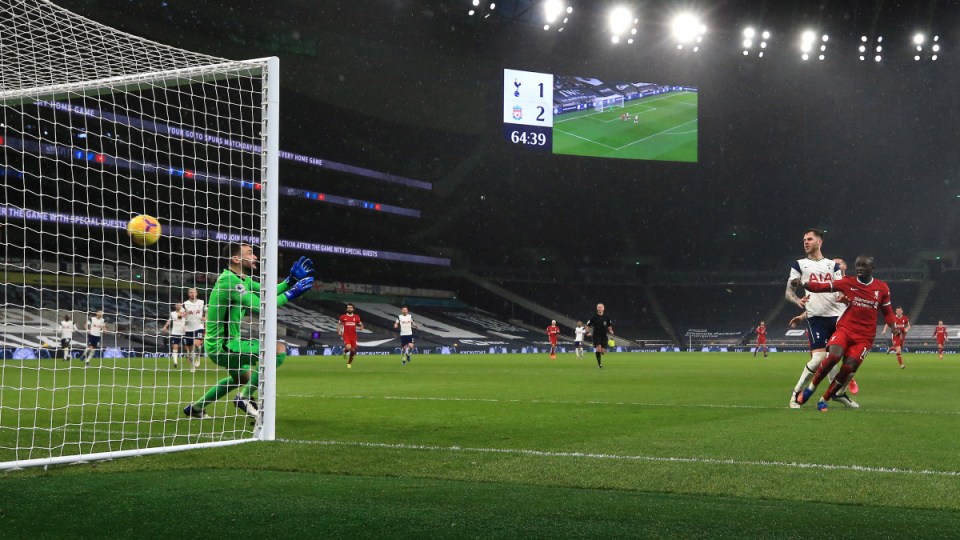 Roberto Firmino ended Liverpool’s 483-minute goal drought in the Premier League to set the champions on their way to a 3-1 win over Tottenham and revive their faltering title defence.

Trent Alexander-Arnold and Sadio Mane also netted as Liverpool ended a five-game winless run in a league they dominated so resoundingly last season.

The victory, which lifts Liverpool into fourth place, started with VAR ruling out an opener for Tottenham when Son Heung-min was adjudged to be offside.

Pierre-Emile Hojbjerg reduced the deficit to 2-1 with a powerful strike shortly after Alexander-Arnold scored at the start of the second half, but the Liverpool right back set up Mane for the third that sealed the win.

While Liverpool moved within four points of leader Manchester City, Jose Mourinho’s Tottenham are eight points adrift in sixth after their first defeat in 2021, albeit with a game in hand.

Spurs suffered a huge blow when Spurs and England skipper Harry Kane failed to come out for the second half after sustaining an injury towards the end of the first stanza.

It was the Reds’ first win since December 19 and they take on title-favourites Manchester City on February 8, in what looms to be a massive game.

Liverpool roar back into EPL title race with win over Spurs