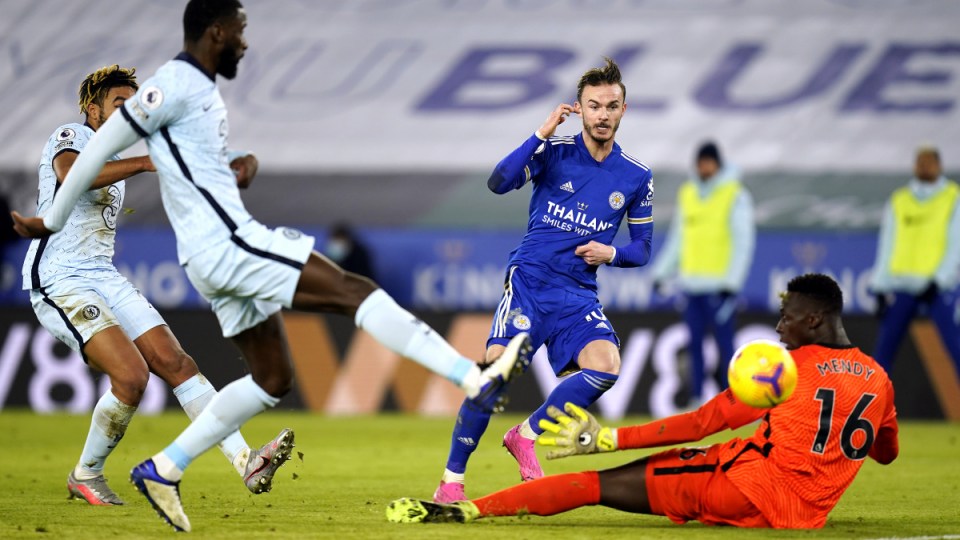 Five years after achieving the unthinkable, Leicester City has returned to the top of the Premier League standings again and is making another improbable run at the title.

For big-spending Chelsea and manager Frank Lampard any ambitions of winning the league already appear to be dashed.

The Foxes beat the Blues 2-0 to jump above the two Manchester clubs, United and City, and reach the midway stage of their league campaign two points clear of their closest rivals.

Even if their latest time at the summit lasts just one night – United and City are both in action on Wednesday, after all – Leicester is showing it means business again.

Just like in the 2015-16 season, when the team managed by Claudio Ranieri famously delivered one of the biggest underdog triumphs in sporting history to win the league at odds of 5,000-1.

Wilfred Ndidi and James Maddison scored the first-half goals against Chelsea with Brendan Rodgers’ Leicester extending its unbeaten run in the league to six games, the past three all being wins.

“I thought it was a very good performance … The players have won a lot of games this season against big teams, big opponents and you see a maturity in our performances,” Rodgers said.

Chelsea was carved open time and again at the King Power Stadium and suffered a fifth loss in its past eight games in the league, to leave it nine points adrift of the pace-setting Foxes.

West Ham led through Jarrod Bowen’s close-range goal on the stroke of half-time but was pegged back by Matheus Pereira’s effort.

Antonio’s winner against Burnley on Saturday came on his first league start since recovering from a hamstring problem and if he can remain fit it isn’t too fanciful to see West Ham remaining in the vicinity of its current position of seventh.

“Long may it continue. We’re halfway through the season and we want to look up, not down,” said West Ham boss David Moyes, whose side has won all three league matches since new year.

However, it may face more trouble with the Premier League to examine if a “gentleman’s agreement” between the Hammers and the Baggies which prevented Robert Snodgrass from playing against his former side contradicted league rules.

Snodgrass, who joined West Brom a fortnight ago, instead watched from the stands at London Stadium.