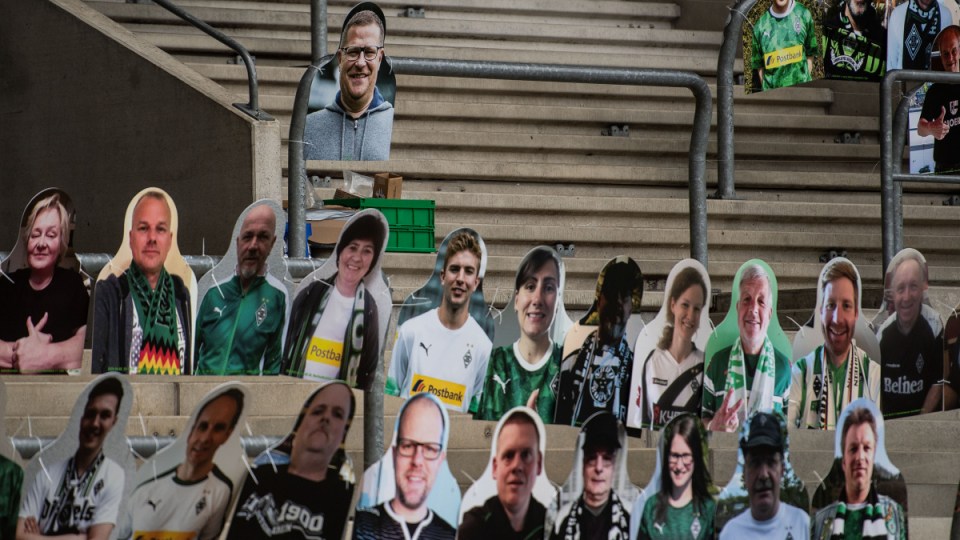 The Bundesliga soccer season will resume on May 16 picking up where it left off two months ago amid the coronavirus pandemic, the German Football League (DFL) has confirmed.

The DFL said the season would restart under the terms of a strict health protocol that bans fans from stadiums, resuming on matchday 26 and including the Ruhr derby between Borussia Dortmund and Schalke on the opening Saturday.

The 36 clubs gathered via conference on Thursday to formalise the fixture schedule which will play through to a final round of matches on the weekend of June 27 and 28.

It will become the first European league to resume amid the COVID-19 crisis.

Meanwhile, one club is giving spectators a chance to virtually participate matches when the league recommences.

Borussia Mönchengladbach is selling fan cutouts to be placed in Borussia Park, beginning with the club’s match against Eintracht Frankfurt next Saturday.

We’ve got ourselves a few away fans at BORUSSIA-PARK 🧐#DieFohlen pic.twitter.com/BHCxyUuKdN

A portion of the team’s proceeds will go to a fundraising campaign for spinal muscular atrophy treatment, while the rest will go to support club workers who have been impacted by the COVID-19 outbreak.

Thursday’s announcement of a return to competitive action comes a day after clubs were told the season could restart following a meeting between German Chancellor Angela Merkel and the country’s 16 state governors.

“I expect everyone to live up to this responsibility. Our concept is designed to catch infections early.”

As far as the global football community goes, all eyes will be on Germany.

Only Belarus, Burundi, Tajikistan and Nicaragua have persisted with their leagues as the pandemic has unfolded.

In Australia, the A-League limped on for a couple of rounds before throwing in the towel and, like other codes across the country, has looked for means of getting the competition back up and running.

There were less than rounds of the home-and-away season remaining before the decision to temporarily pull the plug was made.

A restart is imperative, as besieged rights holder Fox Sports is seeking to slash its $57 million per year funding commitment to the competition by 50 per cent or more, as parent company Foxtel fights for survival.

‘On probation’: German soccer to restart next week