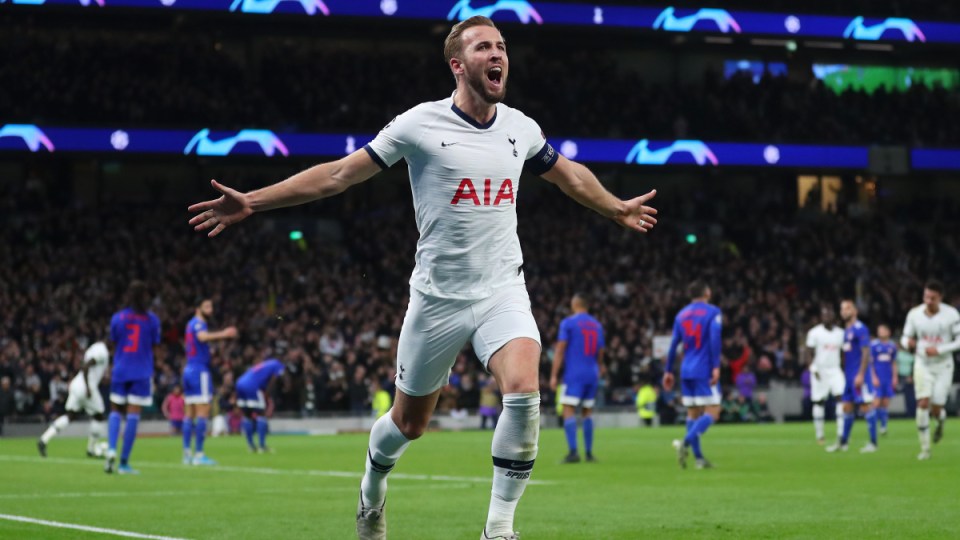 Striker Harry Kane netted a brace as Tottenham Hotspur came from two goals down to beat Olympiacos 4-2 and seal their passage to the last 16 of the Champions League on Tuesday.

It was a huge boost for manager Jose Mourinho, who was appointed only last week to replace sacked manager Mauricio Pochettino.

Goals from Youssef El-Arabi (6th) and Ruben Semedo (19th) stunned the local faithful at the Tottenham Hotspur Stadium, but the hosts responded through Dele Alli (45+1), Kane (50th and 77th) and Serge Aurier (73rd).

Spurs are level with a little help from the sidelines. And Jose loves it. 😂

They are joined in the knockout stages by 13-time European champions Real Madrid, who drew 2-2 with Paris Saint-Germain but had already secured their place after Galatasaray and Club Brugge drew 1-1 in Group A.

PSG had to come from behind after Karim Benzema gave Madrid the lead with a goal in each half at the Santiago Bernabeu Stadium, but Kylian Mbappe and Pablo Sarabia scored in the 81st and 83rd minutes to seal the draw.

Gareth Bale nearly gave Madrid the win with a free kick that hit the post in injury time.

PSG, who started the match without Neymar and Edinson Cavani, needed only a point to clinch first place.

PSG earn a point and qualify for the next round as Group A winners with this goal.#ChampionsLeague #OptusSport pic.twitter.com/1MkioJwJzu

Manchester City qualified after drawing 1-1 with Shakhtar Donetsk in their Group C match at the Etihad Stadium.

Ilkay Gundogan’s second-half strike was cancelled out by Manor Solomon as City failed to spark, but with Dinamo Zagreb losing 2-0 to Atalanta the result was enough to secure top spot in the group.

Paulo Dybala that is INSANE! ☄️

Juventus hit the front via a stunning free-kick.

Leverkusen, who now have a home match against Juventus, won 2-0 win at Lokomotiv Moscow thanks to an own goal from Rifat Zhemaletdinov and a Sven Bender volley.