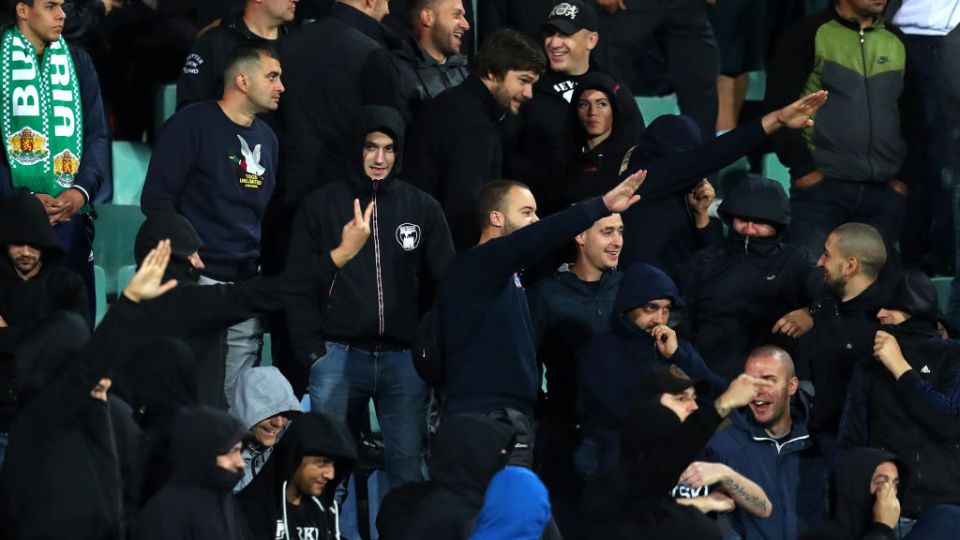 FIFA says it may extend punishments globally after racist incidents, including monkey chants directed at black players, marred a match between Bulgaria and England.

Football’s governing body made the statement following the decision by UEFA to charge the Bulgarian FA over the incidents that took place in Sofia on Monday.

“FIFA may extend worldwide any sanctions that a Confederation or Member Association imposes for racist incidents, such as those which occurred in Sofia during the UEFA EURO 2020 qualifier match between Bulgaria and England,” the Zurich-based organisation said.

“FIFA therefore expects to be informed as soon as practicable regarding the relevant decisions of the UEFA disciplinary bodies in relation to this particular case,” it added.

“This would allow any sanctions imposed to be extended worldwide.”

European soccer’s ruling body UEFA has opened disciplinary proceedings against Bulgaria for racist behaviour, including Nazi salutes and chants, and against England for not providing enough travelling stewards.

The game, won 6-0 by England on Monday, was twice halted in the first half and a public announcement was made under UEFA’s three-step protocol for dealing with racist incidents during matches.

FIFA President Gianni Infantino said more needed to be done to tackle the “obnoxious disease” of racism which seemed to be getting worse.

“I call on all football governing bodies to join us and think together of new, stronger and more effective ways to eradicate racism in football,” he said.

“Competition organisers should enact regulations which envisage life bans from stadiums for those who are found guilty of racist behaviour at a football match.”

Mr Borissov condemned the conduct of fans as “unacceptable”, saying Bulgaria was one of the world’s most tolerant states.

The fallout from what English FA chairman Greg Clarke described as “probably one of the most appalling nights I have seen in football,” also triggered calls for urgent action from anti-racism campaigners and politicians.

The issue has long been a blight on European soccer, with racist incidents during matches reported sporadically and abuse levelled at players on social media.

"We reported every time we heard an incident"

UEFA had already ordered the partial closure of Sofia’s Vasil Levski stadium for the England game after racist behaviour by Bulgarian supporters in June’s qualifiers against the Czechs and Kosovo.

UEFA president Aleksander Ceferin said that soccer could not solve the problem on its own, and politicians must play a greater role.