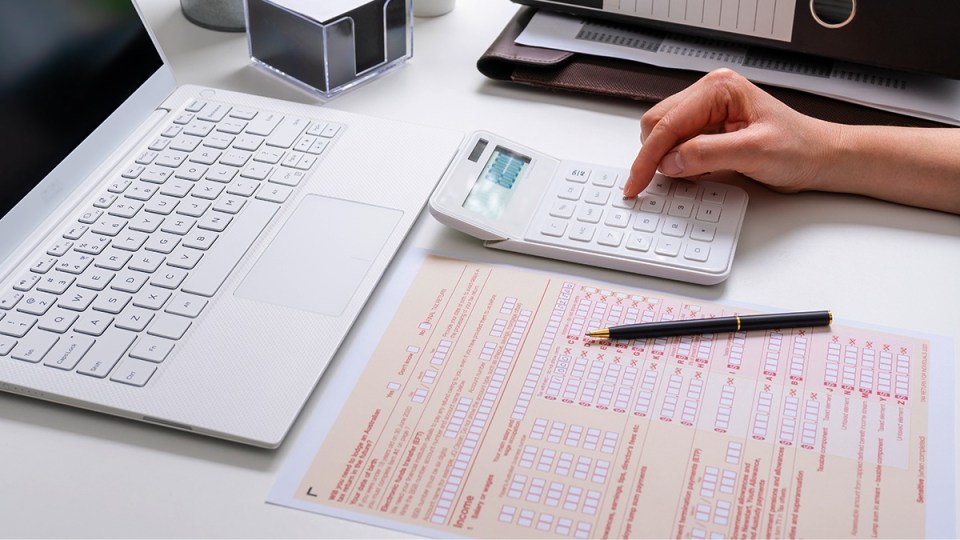 The ATO is warning Australians not to file their tax returns too early after July 1. Photo: TND

Millions of Australians are expected to rush in and file their 2022 tax returns over the next month, with bumper refunds on the table for most low- and middle-income earners.

Workers earning up to $126,000 a year can expect to receive $420 extra in their refunds this year, thanks to a cost-of-living sweetener in the federal budget in March.

But the Australian Taxation Office is urging Australians to delay filing their returns until late July or early August, as people who rush to submit are twice as likely to make big mistakes.

“It’s not the 100-metre sprint at the Olympics,” he told The New Daily.

“Take your time to get all your deductions.”

The tax office is also warning Australians against trying to over-egg their work-related expenses, with Mr Loh saying he’s on the lookout for dodgy travel claims and those trying to claim their entire internet bills.

There’s a huge incentive to get your 2021-22 tax return in on time, though, with the low-and-middle-income tax offset offering Australians more money than it has in the past.

The LMITO is $420 more generous at every income level this year as a result of changes announced in the last federal budget.

And because the offset is applied in addition to expense claims, most people will receive a larger refund that the full $1500.

Mr Loh said the average tax refund paid last financial year – when the LMITO was far less generous – was about $3000.

Filing too early is risky

As the LMITO is paid through tax returns, millions of people are expected to file their returns as soon as possible in a continuation of a trend that was seen in 2019-20 and 2020-21 – despite ongoing ATO warnings.

This is particularly likely this year as households endure the worst cost-of-living squeeze in two decades.

“The reasons for trying to get your return early are more pressing this year,” BDO tax expert Mark Molesworth told TND.

But Mr Molesworth said filing early can backfire, as lodging before pre-fill employment data is automatically sent to the ATO can lead to errors.

This data is normally sent to the ATO by the second half of July.

“You run the risk of making a mistake if the pre-fill isn’t there … if you’re wrong the ATO will pull you up,” he said.

“Even if you’re right, the tax office might hold off processing the return until they’re certain, so you’re not actually speeding up the process.”

Mr Molesworth said: “It would be sensible to heed what the tax office says: Wait until the pre-fill information is there.”

The ATO expects to start issuing tax refunds from July 16.

Mr Loh said the tax office is eager to pay out the LMITO-boosted refunds in a timely manner.

But it is monitoring carefully for people who might try to over-egg their expenses to inflate their returns.

Mr Loh said one focus area this year will be car and travel-related expenses, after there was an elevated number of these claims last year.

Mr Loh said this was suspicious, because so many people have been working from home and claiming those expenses too, leading the ATO to suspect people are trying to double dip their claims.

“There’s no one in the world that can be in two places at once.”

The tax office will also keep a close eye on home office expenses.

Mr Loh said people are trying to claim their entire phone or internet bill as work related, when there’s also personal use happening.

If using the internet for both work and personal use, you can only claim the portion of these services that are used for work, Mr Loh explained.

“You can’t claim a full deduction for internet expenses,” he said.

Taxpayers looking to simplify their home office claims are advised to use the ATO’s 80 cents per hour shortcut method, which removes the need to apply for individual work expenses.

It works by reporting the number of hours you worked from home and claiming 80 cents against each hour.

But taxpayers who use this method cannot make additional expense claims.

Individuals preparing their returns must file with the ATO by October 31.