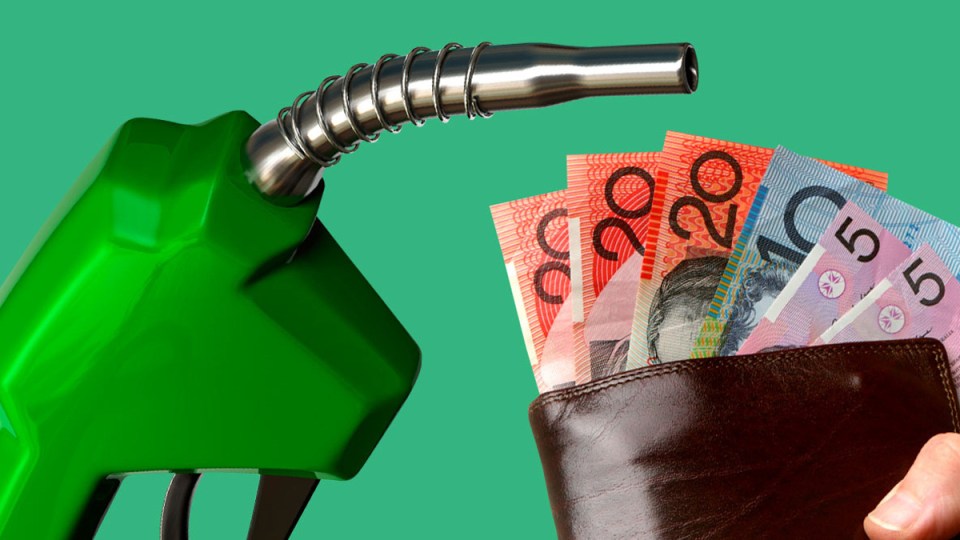 You can cut fuel costs without necessarily driving less.

If you’re having a pricing panic every time you hang up the pump at the petrol bowser, you’re far from alone.

In these uncertain times the cost of fuel is surging. Cutting the fuel excise provides some temporary relief in the short term. Switching to electric vehicles looks like the solution in the long term.

But you can also do a lot to ease your hip pocket pain.

We spoke to Michael Barber, one of Australia’s top test drivers and automotive engineers, about how to trim your fuel bill.

The first thing to understand about driving a car economically is the more you ask of the engine the more fuel it will drink.

When driving in the suburbs, most of the power is used to accelerate the vehicle away from traffic lights.

When driving at high speed on a highway, most of the power is spent overcoming wind resistance.

The higher the speed the more power is needed to displace the air. Not just a bit, but a lot more.

The impact is just as dramatic the other way. Cutting speed from 100km/h to 80km/h reduces the demand for power by nearly 50 per cent.

Of course, if you took that strategy to the nth degree you wouldn’t drive at all. And Barber says that’s not a bad idea.

“Combine purposes for driving: Ask your partner to drop into the shops on their way [home]. Conspire with friends, family and neighbours for drop-offs and pick-ups, or use leg power instead.”

It’s not only the amount of power we demand from the engine but the rate at which we demand it that sucks fuel.

Accelerating up to speed more gently is more economical than smashing the throttle.

The tachometer is the other dial in your instrument panel that usually sits next to the speedo.

It measures engine speed, or revolutions per minute (RPM).

The higher the needle arcs in that tacho the faster the engine is spinning. Higher revs equal more friction and pumping losses inside the engine, which consumes power and therefore wastes fuel – regardless of how much power the engine is sending to the road.

Engine revs can be easily managed via a manual gearbox. The taller the gear the less revs for any given speed.

If your car has an automatic transmission, then it’s a case of learning its upshift traits and encouraging higher gears.

“Sometimes speeding up a little bit more will enable the car to select the next higher gear and engine RPM will be lower,” notes Barber.

The heavier the car the more power required to accelerate up to speed.

So leave what you don’t need at home: camping gear, sporting equipment, your in-laws (boom tish!).

Removing items like roof racks and towing mirrors will also reduce wind resistance as well as cut weight, so they provide a double benefit.

In urban areas, look well ahead and try to read the traffic and traffic lights. Slowing down moderately and early may save you from stopping completely. Remember, accelerating from the lights is a major consumer of fuel.

In hilly terrain, allow your speed to drop as you come up a hill and build up again on the down side.

In flatter terrain, cruise control can be a big help especially if you tend to lose track of your speed and then find yourself accelerating to get back up to speed.

If you set and forget your car’s climate control system in auto mode that means the air-conditioning compressor will be running constantly, accounting for one to two kilowatts of power and more fuel burned.

The compressor also runs in recirculation mode and when demisting the windscreen, so it pays to pay attention to your climate control system and what’s running when.

On the flipside, in hot weather it’s more economical to use the air-con system at speed rather than driving with your windows open as that increases wind resistance markedly.

“If you are an idler who leaves the engine running when you wait to pick up the kids and so on – don’t,” Barber says.

“Even idling for five minutes, adds up. It can easily run to one or two litres per week and right now that costs more than ever.”

Barber says you should even switch off the engine when waiting at a train crossing or red light. It all adds up.

And don’t bother with the traditional long idle on a cold morning before you set off. Modern engines don’t need it and some engines can even be damaged by it.

Of course, there are times, like the height of summer, when idling is needed so you can run the air-conditioning system.

Tyre pressures and condition are critical to achieving the best possible fuel consumption.

Of course, a regular maintenance schedule also ensures the engine is operating correctly and brakes are not dragging. Running properly, both will save you fuel. And there’s also less chance of ending up broken down by the side of the road.

Don’t fill up your car with a lower grade, cheaper fuel than stipulated, as this potentially leads to engine damage. But on the flipside, there is no benefit for most car engines in using a higher grade fuel than is recommended.

“Your car has been designed and developed to use a particular grade of fuel – more than that is just paying extra at the pump,” explains Barber.

E10 Ethanol is a mixed blessing. It is less efficient than petrol which means 4 per cent higher fuel consumption, so it has to be more than 4 per cent cheaper to be cost-efficient. Do your sums.

“If your car requires 94 RON, then E10 will probably work out better for you than buying premium unleaded.”