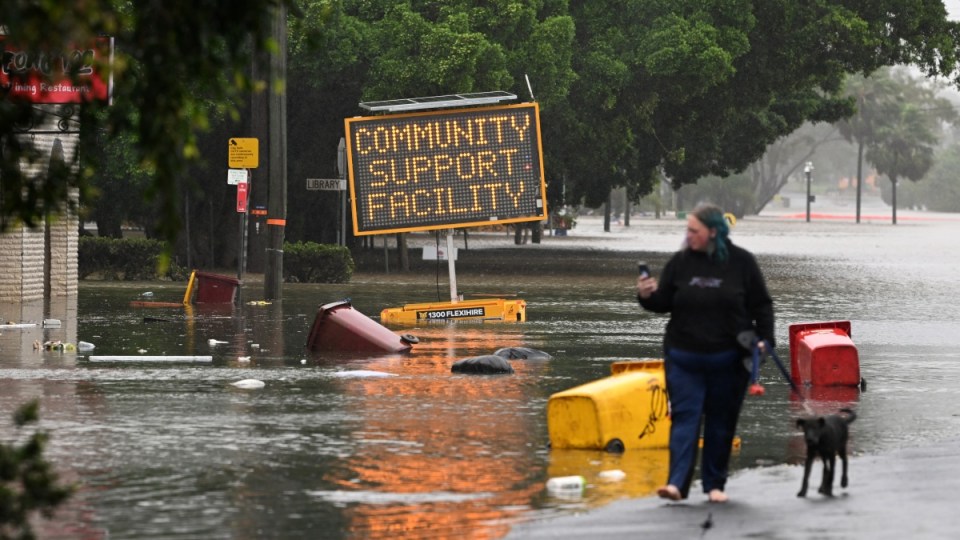 As Queensland cleans up after more heavy rain, Australian home owners are wasting no time reviewing their home and contents cover.

A survey by comparison site Compare the Market found severe weather has prompted more than one in four (27 per cent) home owners to take a closer look at the protection their cover provides.

“Most people don’t think about their insurance very often, if at all, so just under 30 per cent is actually quite a high number,” said Stephen Zeller, general manager of insurance at Compare the Market.

But as insurance premiums rise, Compare the Market found that one in five (18 per cent) home owners cannot afford cover at all.

Mr Zeller pointed out that in the event of a disaster this leaves people “on their own to recover”.

Already, consumer watchdog the ACCC says residents in Australia’s cyclone-prone north can face annual home insurance premiums topping $5000 – far above the average of $1400 across the rest of the country.

The Insurance Council of Australia has confirmed the March 2022 floods were the costliest such disaster on record, with insurance claims totalling $3.35 billion.

This is expected to push premiums higher – and not just for those in flood-prone regions.

The Australian Housing and Urban Research Institute notes that home owners in other areas may face premium hikes as insurance companies try to recoup losses.

Relief may be in sight for northern Australians, with the establishment of a federally-funded $10 billion cyclone reinsurance pool.

It has the potential to cut premiums by up to 58 per cent from July 1, but only for home owners in cyclone-affected regions.

The upshot is that home owners elsewhere need to find savings of their own – and a few simple steps can make the cost of cover more manageable.

1. Shop around for a better deal

Rather than just handing over cash at renewal time, use the opportunity to hunt for a lower premium.

“There could be hundreds of dollars’ difference between the cheapest and most expensive insurance policy on the market – even when you provide the same information to insurance companies,” Mr Zeller said.

2. Pay for and arrange cover online

Insurers are hungry for new business. They’re also keen to save on labour costs.

You should be able to score a decent discount – usually 10 to 15 per cent on the first year’s premium by organising and paying for a new policy online.

3. Insure the building – not the land

Insurance only protects the value of your home and contents – not the land it sits on.

After all, the block itself will still be there, albeit slightly worse for wear, even after a flood or a bushfire.

Mr Zeller advises to check that the “sum insured” reflects the value of the building(s) and not the land. Otherwise you could be considerably overinsured and face an equally over-the-top premium.

The higher the excess payment on a policy, the lower the premium.

The catch is that it becomes uneconomical to claim the cost of any damages costing less than your chosen excess.

Paying premiums monthly can be easier on your cash flow, but it is not always a money saver.

Mr Zeller said: “You can often save money by paying a lump-sum annual fee instead of monthly premiums, as well as avoiding certain administration fees.”

The level of cover you have in place should not be a set-and-forget figure, especially if you have recently completed major renovations.

Building costs jumped 9 per cent over the 12 months to March 2022, the highest annual growth rate on record (outside 2001 when the GST was introduced).

It means your home may be insured for less than it costs to rebuild – and you might not know it until disaster strikes.

Plenty of insurers have building cost calculators on their website to help home owners accurately value their home and contents.

Downplaying the value of your place to save on premiums could turn out to be an expensive mistake if you need to make a claim.