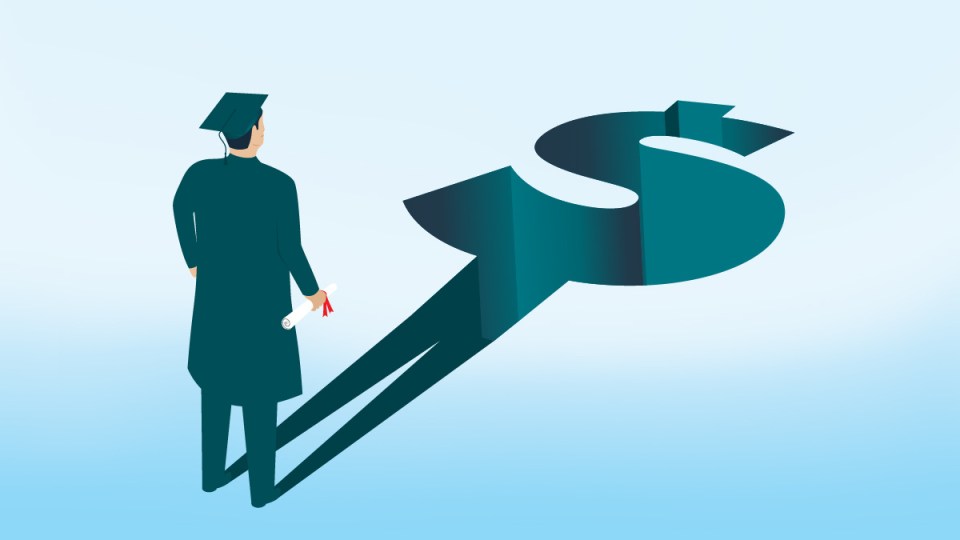 Paying off your HECS early is probably a bad idea. Photo: Getty

Millions of Australians are saddled with thousands of dollars in student loan debt, but how quickly should they pay it off?

And Finder analysis of ATO data also shows outstanding HELP debt in Australia currently stands at $66 billion, almost three times what it was in 2011.

But should paying it off be a priority?

The New Daily spoke to two finance experts to find out. 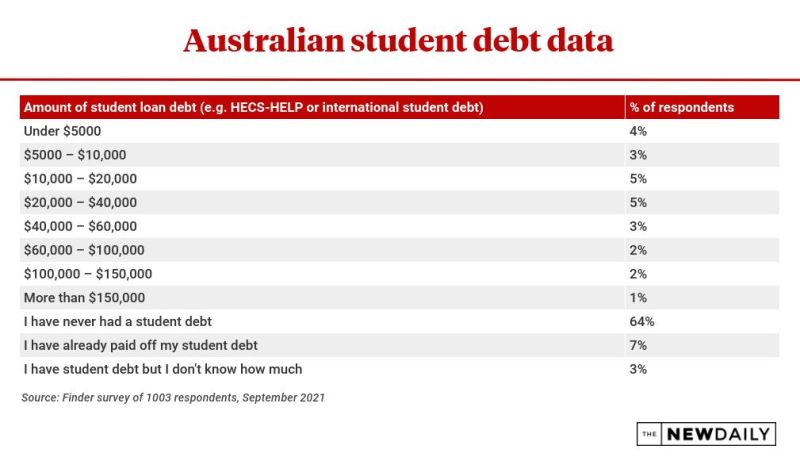 The amount you owe on your student loan goes up every year by what is known as the indexation rate, which adjusts the value of your debt in line with changes in the cost of living.

Canstar chief spokesperson Steve Mickenbecker said the indexation rate is usually lower than the interest rates on other loans – and on high-interest savings accounts – which is an important consideration when deciding whether to pay it off quickly.

Viva Financial Planning director and financial adviser Elizabeth Hatton said it makes sense to pay off your loans with higher interest rates first, because this will save you more money over the long term.

Credit cards and car loans typically have much higher interest rates, she said.

“Your student debt is actually a very, very small amount compared with any other debt that you might have,” Ms Hatton said.

It’s also important to note that unlike with other forms of debt, Australians are only required to pay off their student loans if they earn more than $47,014 per year.

Their minimum repayments are then set as a portion of their income depending on how much they earn.

The ATO lists the rates here.

Mr Mickenbecker said everyone’s circumstances are different but most people are better off repaying their student debt gradually.

He said once you make a HECS payment you can’t take it back if you need the money on “a rainy day”.

Paying it off early would also make it harder to save for other financial goals like buying a house.

Mr Mickenbecker noted, however, that your student debt will affect the size of the mortgage you can access, as your lender will take into account your HECS repayments when working out how much money you have to service your mortgage.

In some cases, your student debt will not prevent you from buying the property you wanted.

But Mr Mickenbecker said it was worth contacting your lender to find out the extent to which reducing your student debt would affect your borrowing capacity.

Simon Birmingham: Liberals need to be more proactive on climate and women
Analyst: Sharemarket will be anxious about a Labor pact with Greens
French foreign minister hails defeat of Morrison and his ‘notorious incompetence’
Tiger Woods quits PGA tournament after the worst round of his career
COVID claims 18 more lives as nationwide daily cases soar above 35,000
Volodymyr Zelensky: How war will end as Ukraine ‘breaks backbone’ of Russian army
How to decide between your mortgage and extra super payments
Today's Stories