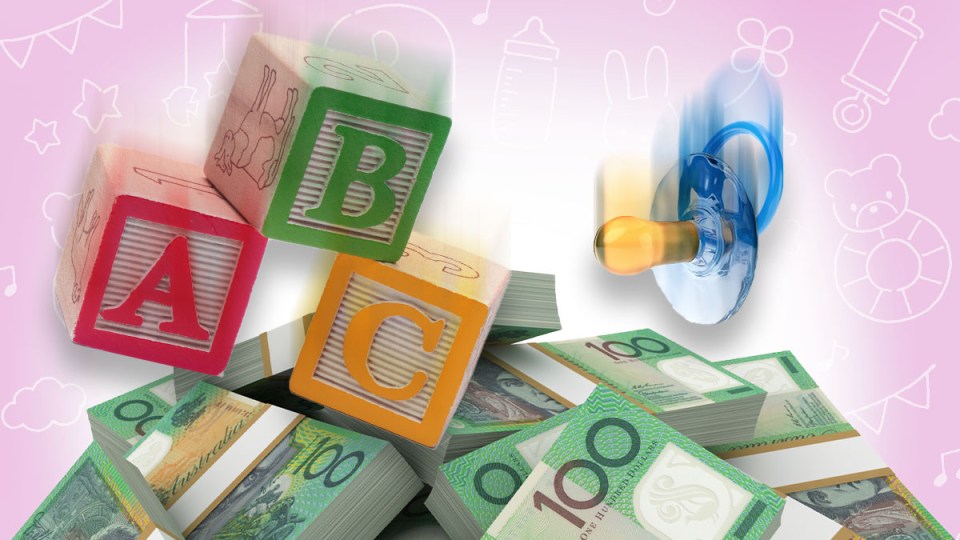 The cost of raising a child has continued going up despite the pressures placed on many household incomes. Photo: TND

Australia is in the middle of a baby bust – and the spiralling costs of raising a child make another boom unlikely.

Before COVID-19 saw more parents lose their jobs, Australia’s fertility rate fell to a record low of 1.66 babies for every woman.

Experts believe that figure, which predates the pandemic, shows the costs of parenting are too much to stomach. And that’s without the added pressure of a once-in-a-generation recession.

So, how much does it actually cost to raise a family?

On behalf of the government, the UNSW Social Research Centre in 2018 found the minimum amount a low-income couple should budget to raise two children aged between six and 10-years-old was $1173. However, even savvy savers can be caught out by the upfront cost of setting up a newborn in the home.

Just ask Adelaide bank manager Alex Mackenzie, 29, who said he and his wife were startled by the costs of raising their first child – and that was four years before COVID-19 entered the global lexicon.

“Even though we had our firstborn privately, it still cost us $4000 to $5000 just to have him, and including prams and other items we needed to set him up, [the total cost] would’ve [been double] that,” Mr Mackenzie told The New Daily.

“We were saving for a house so we had the funds, but I was surprised by how expensive it was.”

Fortunately, their second son benefitted from “a lot of hand-me-downs” – including clothes, cots and prams.

But Mr Mackenzie said the added costs encouraged the family to organise its shopping habits around supermarket specials, and to seek out attractions that offer family deals and discounts.

Though higher than many might expect, the expenses covered by UNSW’s research pale in comparison against the cost of child care and schooling

According to the OECD, an average-earning Australian couple rearing two young children spend roughly 17 per cent of their income on full-time net childcare costs.

The costs are so high that they forced more than 90,000 Australians to stay out of the workforce last year, according to a Productivity Commission report released on Tuesday.

Melbourne mother-of-three Rachel Chapman said the after-rebate cost of sending her sons, aged 8 and 5, to child care was $500 a fortnight.

Ms Chapman said she expects to fork out another $400 a fortnight on her six-month-old once she returns to work.

But she said she prepared for the financial hit by setting aside $1000 from her fortnightly wages as soon as she fell pregnant – a process she repeated with her other children.

Although the costs of sending her sons to public primary schools are lower than child care (the Australian Scholarships Group estimates putting a child through prep to year 12 is $68,813 for government schools and $487,093 for private), other costs are eating into the budget.

“I am finding groceries to feed a growing family of five are getting a bit out of control,” Ms Chapman said.

“And extracurricular activities, such as guitar lessons, $300 a term, and swimming lessons, which were $40 a week for my sons pre-COVID, are expensive once they all add up.”

Moving to a single-income household a worry for many

Glen Hare, co-founder of financial advisory firm Fox & Hare, said many couples were concerned about the prospect of relying on a single income when having a child.

With families regularly expected to survive on one salary for six to 12 months (with one full-time caregiver), creating a financial buffer before thinking about pregnancy can be helpful, he said.

For example, if a family’s average monthly spend on bills, mortgage repayments, other essentials and discretionary items is $9000, and the sole income earner’s monthly earnings is $7000, couples should aim to build up a buffer of $12,000 to $24,000.

Australia’s ‘baby bust’: With fertility at a record low, this is how much it costs to raise a child