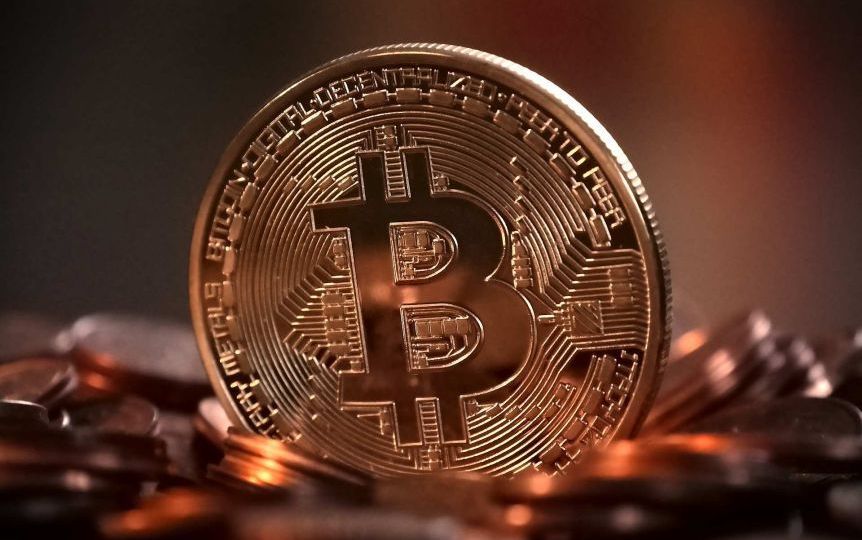 Bitcoin climbed to $US19,783 in December 2017, before crashing spectacularly. Photo: Pixabay

You’ve probably seen headlines like this way too many times recently, even if you have no idea what Bitcoin is.

Speculation, “FOMO” (fear of missing out) and inflation hedging are some of the reasons why this volatile digital currency has surged more than 400 per cent in the past year.

Bitcoin’s supporters were excited when it hit $US20,000 on December 17, then celebrated again two weeks later — when it jumped to a new high of $US30,000.

It took just six days for Bitcoin to surge again (at even more rapid pace) to $US40,000.

When you count the value of every Bitcoin and other cryptocurrency (Ethereum, Tether, Litecoin, and 4180 others), their total market value has now surpassed $US1 trillion.

Political developments in the United States appear to have fuelled the latest rally.

Bitcoin has surged more than 16 per cent since Wednesday afternoon (local time), when a mob of pro-Trump supporters stormed the US Capitol building, in a failed attempt to prevent Congress from certifying the 2020 election result.

But the more important factor (from an economic perspective) was the Democrats’ improbable victory in the Georgia run-off elections, which effectively hands them control of the US Senate (with a slim majority).

This means the so-called “blue wave” has materialised, since Joe Biden and the Democrats have also won the White House and House of Representatives.

Investors are betting the US government will soon inject more cash (up to $US800 billion) into its COVID-ridden economy, which is easier to do when a single party controls all arms of government.

While Bitcoin has surged 400 per cent in the past 12 months, the US dollar has tumbled (-7.5 per cent) to its lowest value in three years.

It coincided with US Congress pumping a record $US2 trillion into pandemic relief, followed by another cash splash of $US892 billion in December.

The Federal Reserve was also forced to slash US interest rates to near zero in March, in a desperate attempt to stimulate an economic recovery.

Across the world, governments and central banks have also made similar moves, slashing rates to zero (or negative territory) and printing trillions of dollars’ worth of cash (also known as quantitative easing).

Supporters of Bitcoin have long trumpeted the idea that cryptocurrencies are “digital gold” that serve as a “hedge against inflation”.

Basically, it’s a strategy where you buy an asset (which is expected to maintain or increase its value), while the value of money falls – because the government prints more of it, so the currency is no longer in short supply.

Back in December 2017, cryptocurrency enthusiasts rejoiced when Bitcoin climbed above $US19,783 (its record high at the time).

Much of it was driven by “FOMO” as speculators piled in.

However, cryptocurrencies made a comeback in 2020 as the pandemic ravaged global share markets (hitting oil and travel stocks particularly hard).

“It was our busiest year since 2017 — the last big bull run we had,” said Adrian Przelozny, head of cryptocurrency exchange, the Independent Reserve.

“What we’ve seen over the last year is larger, more sophisticated investors entered this space. Hedge funds, large companies and a lot of banks entering this area as well.

“So it’s really a sign of the growing maturity of the industry, and it’s becoming seen as a more accepted asset class … one of those things you’d hold in a portfolio.”

Its recent popularity was also partly due to the perception that cryptocurrencies are gaining more mainstream acceptance – as major companies like PayPal now allow users to buy and sell cryptocurrencies on its ubiquitous payment platform.

Speculation and “FOMO” are still playing a role, especially with banking giants like JP Morgan predicting in a research note (earlier this week) that bitcoin could hit $US146,000 in the long term.

Interestingly, JP Morgan’s chief executive Jamie Dimon has called bitcoin a “fraud” that will eventually “blow up”, and that he would fire his traders “in a second” if he discovered they were trading Bitcoin.

In the long term, Mr Przelozny believes that as Bitcoin’s value soars it will become tougher for major investors to manipulate its value.

In 2011, during its infancy, the volatility was higher as its market capitalisation was lower, so it was much easier for a large player to move the price,” he said.

“As the market cap increases, it takes a much bigger investor to move the price.

“We’ll see volatility decrease in the next year or two as it becomes less of a risky investment. But it’s still very volatile of course.”

Not everyone is convinced

AMP Capital’s chief economist Shane Oliver has long been a Bitcoin sceptic, and he has no regrets about “missing out” on the recent surge.

“It just reinforces my view that this is a highly volatile, speculative investment,” he said.

“The value of the $50 note in my wallet has hardly changed in value, in terms of what it can buy – but if I had the equivalent in Bitcoin, it would have varied dramatically.”

Dr Oliver argued that “the problem with Bitcoin” is that it’s very hard to value it objectively.

“When you look at the sharemarket and property, you can look at the income they generate. But with Bitcoin it’s all bit of a mystery.”

“We also don’t know to what degree it’s ultimately going to be used as a digital currency.

If you’re confident on the global economic outlook and you believe the US dollar is going to fall – which I think it will – there are better fundamental ways to play that, than via Bitcoin.

“But that’s not to say it can’t double in value in the next 12 months.”

However, “Bitcoin mining” is an energy-intensive process, which is estimated to consume more power than it takes to keep the lights on in nations like New Zealand.

In 2018, more than 1200 Australians complained to the consumer watchdog (the ACCC) about cryptocurrency scams.

Cryptocurrencies are frequently used on darkweb marketplaces like Silk Road and Valhalla to facilitate the sale and trafficking of illicit drugs, firearms, precursor chemicals and child exploitation materials.

Australia’s Criminal Intelligence Commission (ACIC) also warned, in a report, that cryptocurrencies are getting increasingly used by “serious and organised crime groups”.