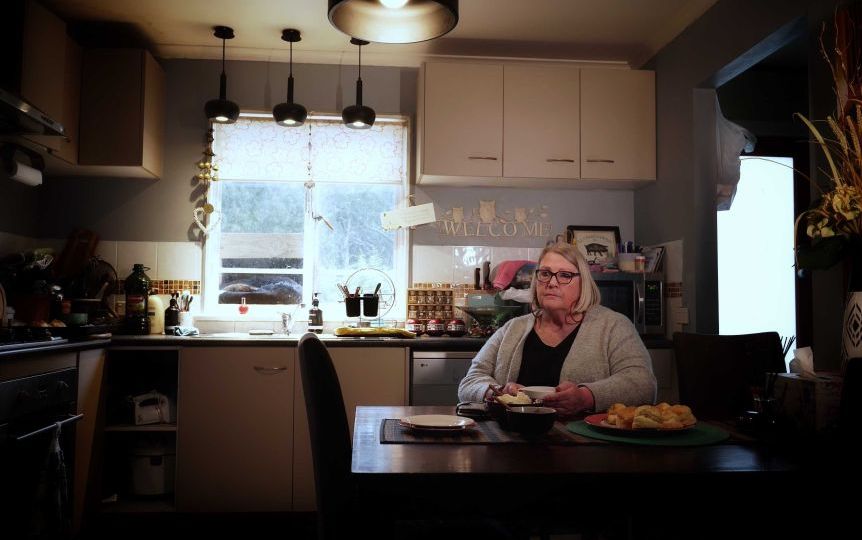 Money is always tight for Hobart grandmother Kathy Flynn, but never before has a bill brought her to tears.

Ms Flynn lives on a pension in the suburb of Chigwell with her three grandchildren — two teenagers who she cares for and another in their twenties who lives independently in a flat out the back.

The family has spent a bit more time at home over the past few months, with the pandemic causing local sport to be cancelled and many social activities wound back.

But nothing prepared Ms Flynn for her winter power bill, which went up by a whopping $900 compared with last winter, to $2500.

“I just burst out crying,” she said.

“You don’t reduce me to tears quickly, but that bill reduced me to tears, because there was no way I ever thought I’d ever have a bill that huge.”

Consumer advocates have long feared a double whammy of larger winter heating bills combined with higher energy usage due to people spending more time at home during the pandemic.

Now it appears those concerns are being realised.

The industry estimates residential energy consumption has risen between 15 and 20 per cent due to the pandemic.

Craig Memery from the Public Interest Advocacy Centre (PIAC) said many people were reporting bill increases in the hundreds of dollars.

“The nub of the problem is that people have been required to be at home, they’ve lost jobs, they’ve lost income,” he told the ABC.

“And at the same time, people are using a lot more energy.

“In March, we did some analysis and estimated that some people were going to have energy bill increases in the order of $200 a month, and we have seen that come to fruition since, particularly in the colder winter months.”

He said some people were taking extreme measures to ensure they could pay their bills.

“We see people going without essential energy use for heating, for cooling, for heating water so they can clean and shower,” Mr Memery said.

“We see people taking on payday loans and unsustainable loan options to allow them to pay their bills, and they often come with exorbitantly high interest rates that place people in worse and worse debt.”

New data from the Australian Energy Regulator (AER) shows almost 200,000 people across six states and territories are on payment plans, or have deferred paying their bills altogether.

The AER introduced deferrals as an industry guideline in March, so people who couldn’t afford to pay their bills during the pandemic could avoid being disconnected.

The data doesn’t capture customers in Western Australia or the Northern Territory, which aren’t part of the National Energy Market (NEM).

Western Australia does not have any data available from the pandemic, while NT retailer Jacana said a small number of its 80,000 customers were on payment extensions or had deferred their bills.

The industry and its regulator said despite the challenges of the pandemic, energy retailers had responded swiftly to ensure people stayed connected.

“We look at the 90-day debt data — that’s when you’ve had a bill outstanding for 90 days or more — [and] the average debt for those customers was about $960 in March,” she said.

In September, AER data showed more than 45,000 residential and small business customers had deferred their bills due to the pandemic, worth about $23 million in total.

The debt deferrals are in place until at least the end of October.

Sarah McNamara from the Australian Energy Council, which represents the industry, said retailers had so far been able to shoulder the financial burden of the debt deferrals due to various industry measures such as delaying payments on network charges.

But she said if customers could make even a small contribution to paying off their bill, they should.

“What we want to say is, when [customers] can pay, that they start paying those bills and get on payment plans, so they’re chipping away at their debt levels over the coming months.”

Ms Savage said the impact of winter bills had not been as bad as had been anticipated, thanks to JobSeeker, JobKeeper and state government concession and support programmes.

Advocates worried about months to come

While the industry and its regulator said the support measures in place softened the blow of the pandemic and winter bills, PIAC said people were struggling much more than the data showed.

“People prioritise paying their household energy bills in much the same way that they prioritise things like rent,” PIAC’s Craig Memery said.

“So what we’ll see is a debt problem … [which] hides a much, much bigger problem of sacrifices that they’re making in other parts of their life.”

He’s worried the true impact will be felt in coming months, as support mechanisms are wound back.

In Hobart, Kathy Flynn said her retailer, Aurora Energy, didn’t give her a clear reason why her bill had increased so dramatically.

Ms Flynn had received an expensive winter bill back in 2018, but had since had an energy audit on her home and managed to significantly reduce her costs the following year.

She said she was unsure why her bill had gone back up this winter.

When I asked why it was so high, [the customer service representative] just said ‘because of the COVID-19, everyone’s staying at home and the kids are at home and that’s why the bill has risen’,” she said.

But Ms Flynn said their lifestyle during the pandemic hadn’t changed enough to justify such a large rise.

“I’m always at home, and the kids are going to school, so nothing has really changed,” Ms Flynn said.

“She said that ‘the only other thing is that everyone’s threatening to go to the ombudsman, you have a choice to do that’.”

Aurora Energy told the ABC that it was a proud Tasmanian organisation committed to helping its customers “during these tough times”.

“Ms Flynn has been provided with significant support from Aurora’s $5M COVID-19 Customer Support Fund, and with tools to ensure she is able to manage her energy usage moving forward,” the company said in a statement.

The company said the major power distributor TasNetworks made the decision to suspend meter readings earlier in the year, to keep customers and crew safe during the pandemic.

“On top of people spending more time at home, this has had an impact on Tasmanians’ bills,” the company said in its statement.

Ms Flynn recently had a meter installed free of charge, which she hopes will go some way towards the family monitoring its energy use in real time and cutting costs.

Industry implores customers to trust them to help

He said many people felt anxious about reaching out for help.

“Trust needs to be earned, and now that’s coming back to bite them in a situation where all of the good intentions that the industry might have are going to be hard for people to actually take on face value,” he said.

“I do believe that some energy retailers are actually doing their best to try and support people through the pandemic.”

He said retailers needed to make sure their customers were on the best deal possible.

“The way the whole energy retail market has worked in recent years has actually relied on people staying on deals that aren’t good for them,” he said.

“If retailers want to earn trust, they’re going to have to reverse that and make sure that people are on the best deal for them.”

Sarah McNamara from the Australian Energy Council said retailers had been trying hard to reach those in need.

“We don’t think it’s a good result for customers or retailers if debt levels are rising without some customers paying anything at all, that just makes the situation more stressful for everyone,” she said.

“Retailers are working really hard to communicate with their customers and their phone lines are open to have that conversation that will help people start to pay down those bills, even if it’s just a small amount per week.”