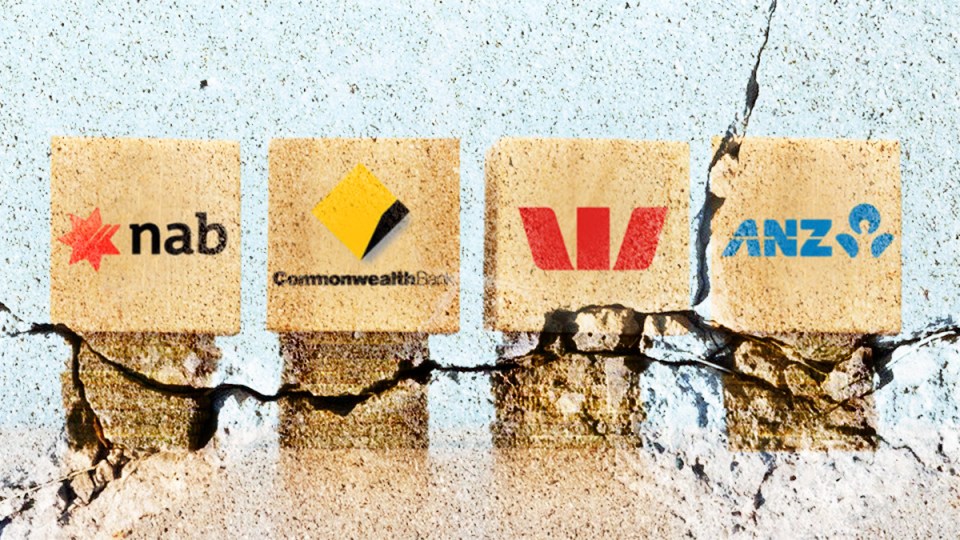 The Big Four banks have cut savings rates to within a hair's width of zero. Photo: Getty

Australians were already struggling to get ahead before the pandemic, but the banks have made it even harder.

As the Reserve Bank prepares for its monthly interest rate meeting on October 6, comparison site Canstar has released data showing that seven banks took a knife to savings rates over the week to September 29.

The last to pull the trigger was NAB, which trimmed the introductory rate on its iSaver account from 0.9 to 0.8 per cent.

And it’s even worse for longer-term customers.

Canstar finance expert Steve Mickenbecker said the cuts highlighted why savers should shop around for higher rates and read the fine print to ensure they qualified for bonus interest.

“Even if it’s just to lift meagre interest rates to mediocre returns, savers have to manage their money actively or make do with modest remuneration,” he said.

And term deposits offer no safe haven, either. They were cut by 0.05 to 0.15 percentage points.

On March 19, the RBA established a Term Funding Facility (TFF) to provide banks $90 billion worth of loans at 0.25 per cent interest, to on-lend to struggling SMEs.

And it later increased the funding available to $200 billion, of which $75 billion had been taken up as of September.

As a result, Mr Mickenbecker said banks were under “less pressure to raise funds from savers” and had consequently slashed rates on savings accounts to support their profit margins, which were under pressure even before the pandemic, due to successive RBA interest rate cuts.

AMP Capital chief economist Shane Oliver agreed that the TFF had put downward pressure on savings rates, as banks were “less dependent on getting their money from the short-term money market or alternatively from bank depositors”.

But he said banks may have also trimmed their rates in preparation for an RBA rate cut of 15 basis points on Tuesday, which he described as a 50-50 possibility.

“It’s hard for [the RBA] to continue to do nothing if their own forecasts show they’re not going to meet their objectives,” Dr Oliver told The New Daily.

“And I think they should also be changing their [forward] guidance. They say, ‘Well, we’re not going to raise interest rates until we’ve made progress towards full employment and the inflation target’.

“But that’s just ‘progress towards’, as opposed to actually being there, whereas the [US Federal Reserve] has moved to a situation where they’re not going to raise rates until they actually get full employment and get inflation at 2 per cent, which is a lot stronger.”

Dr Oliver said an RBA rate cut on the same day as the federal budget would provide a welcome confidence boost to households and businesses.

He said the banks would be under pressure to pass on the rate cut to mortgage holders, as the RBA would likely combine the cut with a reduction in the interest paid on its TFF, meaning banks would have access to even more cheap capital.

“You’d get a bit of a confidence boost, there would be a bit of a saving for people on mortgages, and it would keep the Aussie dollar lower. They’re probably the main impacts,” he said of the potential rate cut.

“But to get anything really meaningful, they will probably have to go down the path of printing more money and buying more bonds.”

The RBA will announce its interest rate decision at 2.30pm on Tuesday, and the federal Treasurer will hand down the budget at 7.30pm on the same day.

As of September 30, financial markets put the chances of an RBA rate cut on Tuesday at 67 per cent.