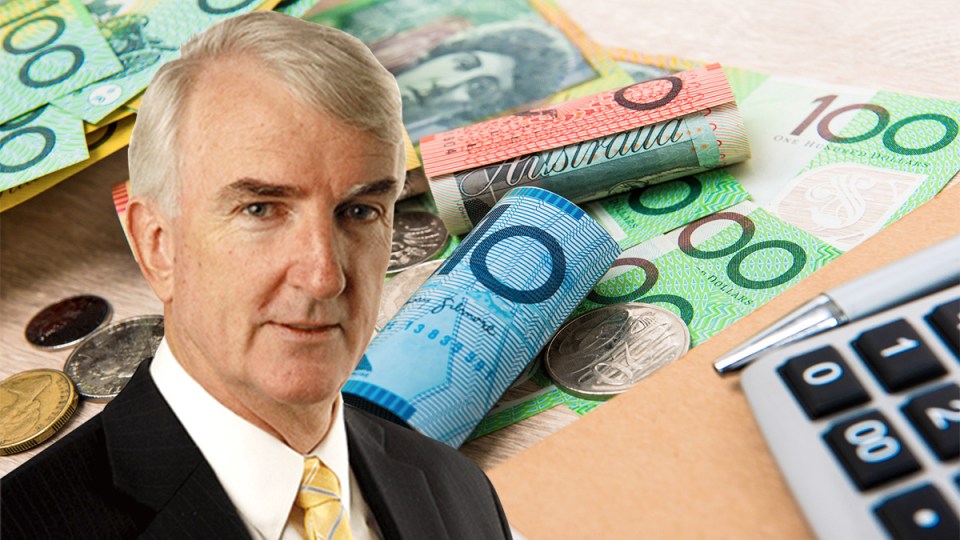 At 11.30am on Wednesday, the Australian Bureau of Statistics made a joke out of the Reserve Bank’s inflation target and the federal government’s budget policy.

The economic policy that counts for people – the prospect of growth they can feel, of improving living standards – depends on achieving higher real incomes.

The ABS showed wages growth is slowing, that the RBA’s alleged “gentle turning point” has gently turned down.

The details are worse for the RBA and government than the bare wage price index headline of half-a-per cent growth for the September quarter and 2.2 per cent for the year.

The central bank’s inflation outlook credibility has been trashed and the government is promising most Australians a poorer future.

Worse again is that most Australians now don’t expect real wages to rise anyway, an expectation that is dangerously self-fulfilling.

According to the latest Melbourne Institute’s consumer inflationary and wage expectations survey, we think total pay will rise by 1.9 per cent in the year ahead.

The same survey reports worse total pay growth than the ABS – 1.9 per cent in the year to September and slipping to 1.8 per cent for the year to October.

Most workers actually reported either no change in pay or a fall over the past year.

Only 43.1 per cent reported a pay rise, compared with 46 per cent with no change and 10.9 per cent suffering a fall.

The RBA and government have effectively given up achieving the desired two-to-three per cent inflation target in any vaguely forecastable future.

That was a good reason for not changing the Treasurer’s agreement with the bank – it would be embarrassing to draw more attention to the failure when the RBA is incapable of doing anything more about it and the government doesn’t care to help.

Within Wednesday’s ABS figures was proof that the RBA itself can’t really believe what it’s saying about inflation.

The bank says the non-accelerating inflation rate of unemployment (NAIRU) is likely to be about 4.5 per cent.

That’s what it thinks the unemployment rate has to fall to before we get the pick up in inflation the bank wants to see.

This theoretical belief flies in the face of observed experience.

Only WA and Queensland had lower wages growth.

The Greater Sydney area unemployment rate averaged 4.2 per cent – and there’s no sign of wages inflation breaking out.

The evidence, as opposed to the RBA’s theoretical modelling, suggests NAIRU is more likely to start with a 3.

And even the government’s hopelessly optimistic economic projections – which assume the economy is running perfectly with 3 per cent GDP growth in two years – can see nothing better than 5 per cent unemployment over the four-year budget numbers.

The Frydenberg budget is based on the wage price index growing by 2.75 per cent this financial year – pull the other one – rising to 3.25 per cent next year and 3.5 per cent thereafter.

The unemployment projection, the likely NAIRU and RBA’s inflation forecasts mean those numbers are nonsense.

Consumption makes up the better part of 60 per cent of GDP.

Per capita consumption is flat – growth is only coming from the population increasing.

Even with 1.6 per cent population growth, the amount of stuff Australians bought in the first nine months of this year fell.

Thus we are caught in a vicious cycle of deficient wages growth feeding into weak private sector economic growth, which in turn reinforces business’s determination not to increase wages any more than it absolutely has to – a dismal situation that most people accept as they have little power to do otherwise.

All the growth in the economy at present is coming from the government sector, thanks to the states.

The federal government chasing its surplus fixation means it is tightening fiscal policy, taking more money out of the economy than it puts in.

While the RBA wishes for stronger consumption, it has placed much of the blame squarely on weak wages growth and the government taking more in income tax.

Yes, despite the stage one tax cuts, the government continues to take more of workers’ income in tax. And it continues to enforce a sub-par cap on public servants’ wages.

Allow me to repeat a quick example: If there was someone working at the RBA on the median wage – about $60,000 a year – the government’s 2 per cent cap means that person would really only get a rise of 1.65 per cent after taking into account the 32.5 per cent tax rate on the extra money.

A 2 per cent pre-tax rise doesn’t even keep up with the latest low inflation figure of 1.7 per cent.

Individuals might not be able to articulate the economic problem but they feel it and increasingly are keeping their wallets and purses closed for all but necessities.

It’s no surprise that about 93 per cent of people with mortgages have not reduced their repayment amounts after the recent interest rate cuts – they’re cautiously paying down debt.

And it’s no surprise that another shaving of the RBA’s official rate will have negligible impact – we’re at the limit of useful monetary policy without turning radical, which itself would be of dubious benefit.

The government has been trying to ignore the reality of its wages suppression policy but it will be very hard to continue to do so in Treasurer Frydenberg’s mid-year economic and fiscal outlook (MYEFO) due next month.

Might the government respond to reality by finally granting the wish of business, individuals and the RBA to offer a little economic stimulus instead of making the situation worse?

There’s speculation that Morrison/Frydenberg might announce the stage two tax cuts will be brought forward from 2022-23 to 2021-22 – still 18 months too late to be of use.

What’s more, stage two is aimed to benefit people on six-figure taxable incomes, and even then not by enough to overcome bracket creep.

The only impact that will really be felt from the government’s radical flattening of the progressive income tax system is stage three for people on fatter six figures.

Ironically, the relatively well-off, the top decile, have a greater capacity to save tax cuts than the rest of the population.

Trickle down doesn’t work, but that’s all that’s on offer.