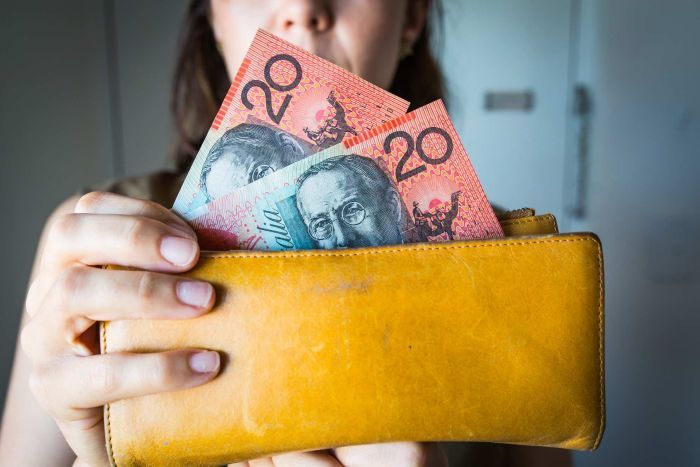 Cash could disappear from the mainstream within a decade, with a survey finding almost a quarter of us aren’t bothering to carry any at all.

A survey of more than 1000 people by comparison site Finder has found almost one in four Australians, or 23 per cent, doesn’t carry any cash, meaning in an average week, 4.4 million people are cashless.

Not surprisingly, the research found those aged 24 and younger (Generation Z), carry the least amount of cash at $37, while Australians aged 59 to 70, carried the most at $70.

Bessie Hassan, money expert with Finder, said the increasing decline of cash brought up a whole new question of whether we even need wallets.

“Society is becoming increasingly cashless in favour of credit, debit and digital payments,” she said.

She also noted that with people increasingly storing their loyalty, membership and public transport cards on their phones, the case for carrying a wallet was fast shrinking.

But people will always need at least some cash on them.

“Whether it’s the Bunnings sausage sizzle or community bake stall, there are some purchases that still require consumers to carry cash,” she said.

Add to that the decline in ATMs, and Finder’s bold prediction in 2018 that cash could disappear by 2026, may have legs. 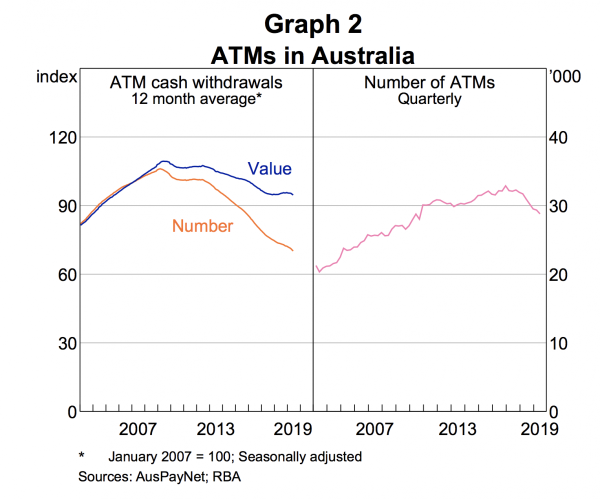 The death of cash is greatly exaggerated

“Imagine you’ve just filled up with petrol and the systems go down, or you’ve parked your car. How do you tap off if the system stops working?” he said.

“That’s why you should always carry some cash, in case all else fails.”

The increasing reliance on, and the reliability of, electric payments systems were a concern for the RBA, Professor Worthington said.

This concern was also being played out in Sweden, where around 85 per cent of all transactions are digital, and where an estimated 4000 citizens have a payment chip surgically inserted in their hands.

“Sweden’s central bank, for example, has insisted banks hold cash and that ATMs be widely available,” he said.

And Australia faced the same issue.

“You have people living in rural communities or indigenous Australians who can find it hard to find an ATM, so there are fears of exclusion there. There are groups of people who still desperately need cash.”

He cited the elderly, disabled, recent migrants and “the unbanked” as examples of people who can find it hard to access methods of electric payment, such as credit or debit cards.