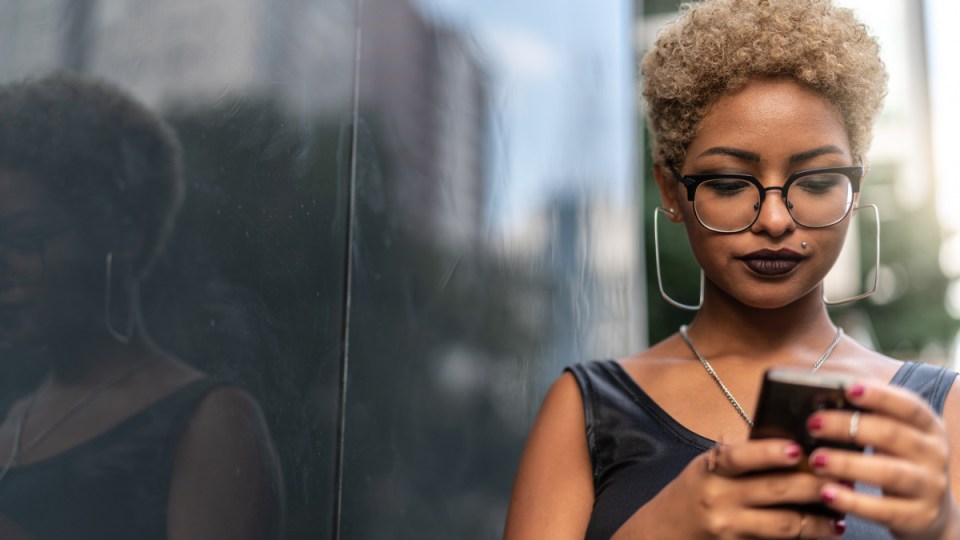 About 37 per cent of digitally active Australians use a "fintech". Photo: Getty

Two new banks promising to shake up the way we manage our finances have burst into Australia’s otherwise stagnant banking market, and customers are flocking to them in droves.

According to the banks’ figures, at least.

The two so-called ‘neo-banks’, Xinja and 86 400, are completely digital offerings with no branches to speak of, instead providing a range of traditional banking services through apps on customers’ smartphones.

This week, regulator APRA granted Xinja its full Authorised Deposit-taking Institution (ADI) licence, while 86 400 (which received its license in July) went live to the public.

Both banks now have the same legal status as the big four banks.

About 28,000 people have already signed up to try Xinja’s bank accounts (16,000) and pre-paid cards (12,000), and a further 10,000 have accounts with 86 400 after joining the start-up bank’s waiting list before the licence was approved, according to the figures provided by the banks.

Up Bank, another neo-bank licensed by Bendigo and Adelaide Bank, already counts more than 100,000 customers on its books – the bank was adding approximately 1000 new customers a day during the early stages of 2019.

None of Australia’s retail neo-banks offers lending products just yet, but they’re expected to move into loans once they’ve built up their customer base and capital.

The explosive growth of purely digital banks comes as no surprise to Up Bank co-founder Dominic Pym, who told The New Daily that many Australians are looking for alternatives to traditional banking providers. 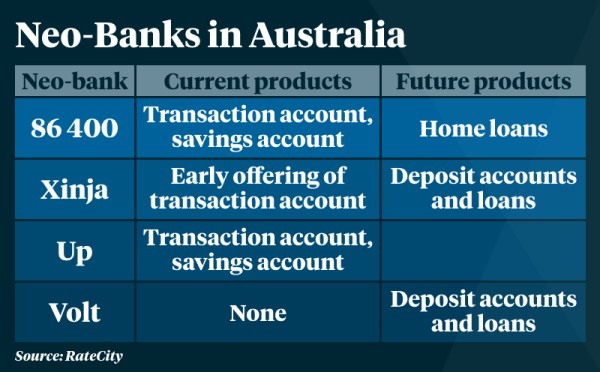 “People don’t want to deal with a bank,” he said.

Mr Pym said the rapid rise of these competitor banks stems from their focus on “technology-led banking, not banking-led technology” offered by the incumbents, which he argues are often cumbersome and beholden to existing banks’ legacy technology systems.

More customers, especially younger Australians, will also start turning to these banks for their financial needs too, he added.

“We’re going to see a lot more participants in the marketplace, but certainly the majors will still have the majority of the market share,” he said.

“We’ll also have the introduction of open banking, which I think will also create the ability for customers to look at different institutions, make different choices, and potentially have products with multiple providers.”

A 2017 global study by EY found that Australia had a fintech adoption rate of 37 per cent among digitally active consumers, which was double the 13 per cent it found in 2015.

The EY study placed Australia fifth in the world behind China (69 per cent), India (52 per cent), the UK (42 per cent) and Brazil (40 per cent) for use of fintech overall, not necessarily just banking.

Mr Dring pointed to the UK, where the use of finance apps and neo-banks is much higher, as a roadmap to where Australia will likely go.

“Natural awareness [of neo-banks] is created in the marketplace, and ecosystems start to evolve, alliances start to form between traditional banks and fintech players and other firms,” he said.

“I think we’ll start to see our technology adoption become very similar to what they’ve experienced in the UK.”

The entry of new, more innovative players will also force existing banks to step up their game and invest in better technology and improved customer experience, Mr Dring said.

The big four banks in particular will be able to invest heavily in their apps and services, owing to their large capital resources.

“You can’t underestimate the ability of our major banks to respond to this technology challenge,” he said.

The ‘neo-banks’ set to shake up Australia’s banking scene