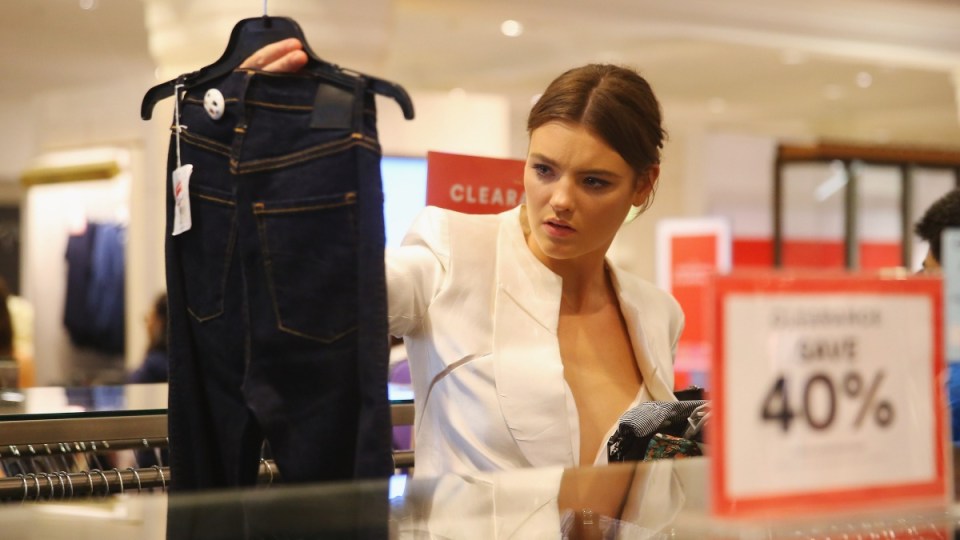 There's one big reason why we're not spending much money lately. Photo: Getty

The term ‘wealth effect’ has been bandied about a bit over recent months.

You could be excused for thinking ‘wealth effect’ might equate to windfall, such as a Lotto win, or relate to the health of your share market portfolio.

It does. But that’s only part of the picture.

Wealth effect is actually a psychological phenomenon that causes people to spend more when the value of their assets rises.

Essentially, the rising value of their home or share portfolio makes them feel more financially secure, causing them to spend more and, usually, save less.

Naturally, when people see the value of their home or share portfolios fall, they spend less.

And that is why we’re hearing the term a fair bit in 2019 Australia – here, it’s all about the continual fall in property values since about September 2017.

That fall in dwelling values – which some commentators are calling the biggest downturn since the 2008 global financial crisis – is fuelling a changing perception of our personal wealth.

Your home is worth less, your net worth falls and, naturally, you believe you have less to spend.

If you bought a house in Sydney in mid-2017 for about $1 million – close to the then-median house price – that same home today has a market value of around $860,000, if you assume the 13.9 per cent fall in Sydney house values as indicated by research house CoreLogic. You are, theoretically, $139,000 worse off.

“The decline amounts to 40 per cent of annual income, and is about half of the peak-to-trough falls seen in the GFC and 2011-12 correction,” Mr Hassan wrote. He noted, however, that the bigger falls in net worth in Sydney and Melbourne equated to declines in annual income of more like 60 per cent.

And those declines have “clearly extended into 2019”, he added.

Is it a thing or not?

Economists diverge on the magnitude of the wealth effect, with some arguing that employment, taxes and household expenses play a bigger role in our preparedness to spend than our perception of our net worth.

But in the context of 2019 Australia, AMP chief economist Shane Oliver believes the wealth effect is definitely playing a significant role.

“I think it is a real factor and I think most economists would agree with that view,” he said

Mr Oliver says while there’s conjecture over the measure, one rule of thumb is that every 10 per cent fall in property values creates a 1 per cent annual fall in consumer spending over any given one to two-year period.

Related or not, consumer spending is more than flat. Take car sales.

In the calendar year to April, there were 344,088 vehicles sold, an 8.1 per cent fall on the same period in 2018, while retail sales growth has been stuck at 0.2 per cent for seven of the first eight months of the financial year.

The question is how much the psychological fallout of the wealth effect plays into consumer spending, or whether it’s more a case of simply fewer property transactions meaning fewer dollars being spent on furniture, appliances and household goods.

In a speech in early April, RBA deputy governor Guy Debelle said that only “some part of the slowdown” is probably related to the property bust, and put sluggish consumer spending more down to fewer properties changing hands.

Mr Oliver agreed: “When the property market unwinds, transactions decline, renovations go down and wealth goes down, so you get a drag on spending.”

And it’s not over yet. AMP says it expects further falls in home prices to affect consumer spending.

The ‘wealth effect’: Or why we’re not spending much right now