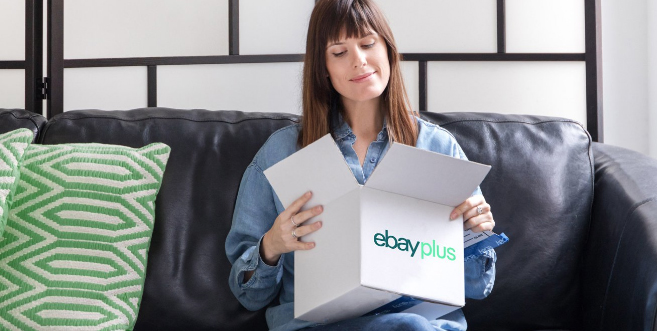 eBay has announced its answer to Amazon Prime. Photo: eBay

eBay has ramped up its fight against Amazon with the announcement of new subscription service eBay Plus – its apparent answer to Amazon’s upcoming Prime offering.

eBay Plus offers free shipping and other perks to subscribers.

But the sudden launch of Plus, along with other telling signs – including its ban on sellers using Amazon fulfilment – has served as further evidence that eBay’s local patch is under imminent threat.

On the surface, eBay Plus may appear to echo Amazon’s Prime offering which is due for launch mid this year.

But which service should you subscribe to for maximum benefit?

What is eBay Plus?

From mid June, eBay Australia will become only the second eBay marketplace in the world to introduce this Prime-style membership offering, following a German launch in 2015.

But free delivery and returns are restricted to Plus-listed products only – there are about 15 million eligible products which will be marked with an eBay Plus logo, according to eBay.

Excluded items include those that are second-hand, listed by sellers outside of Australia and certain larger items.

eBay is offering a 30-day free trial, pricing annual fees at $29 for the first year and $49 for each subsequent year.

This is significantly cheaper than Amazon Prime in other countries.

When The New Daily asked eBay whether it was planning to extend its offering to entertainment perks, similar to those offered by Amazon Prime, a spokeswoman said:

“At this stage, eBay Plus will primarily focus on superior delivery options, deals and customer service. There is a potential for additional benefits to be added down the track.”

She added: “eBay Plus members will receive special deals … such as up to 60 per cent off popular items and early access to new products.”

There are no additional fees for sellers to be included in eBay Plus.

What is Amazon Prime?

Amazon Prime is a subscription service that gives paying Amazon customers access to free two-day delivery and the unlimited streaming of video and music among other benefits.

An Amazon spokesman told The New Daily it expects to launch Prime shipping benefits in Australia “mid this year”.

While Amazon is yet to make any announcements about how much Prime will cost Australian consumers, the pricing in the United Kingdom and United States can give us some idea.

This video gives you an idea as to how Prime works in the US market.

Which subscription service suits you best?

E-commerce analyst Scott Kilmartin said that while he believes eBay Plus is a “great offering”, it does not compare to Amazon Prime.

“For those who regularly buy on eBay, I think this service would be worth the upfront subscription cost,” he said.

“eBay is definitely making up ground but its big challenge is that it doesn’t have fulfilment and doesn’t offer express postage.

“It also doesn’t offer entertainment packages. One question is – will they partner with Stan, Netflix or Spotify to compete with Amazon?”

Mr Kilmartin noted that eBay push the “Google it”-like tagline “Plus it” at the end of its promotional video.

“In the US, I have seen the use of the term ‘I’ll Prime it’ when re-purchasing household consumables,” he said.

“There is a side-game race to fight for that marketing terminology. As far as I know, no one says ‘I’ll Bing it’.”

Amazon Prime vs eBay Plus: Choosing the best service for you