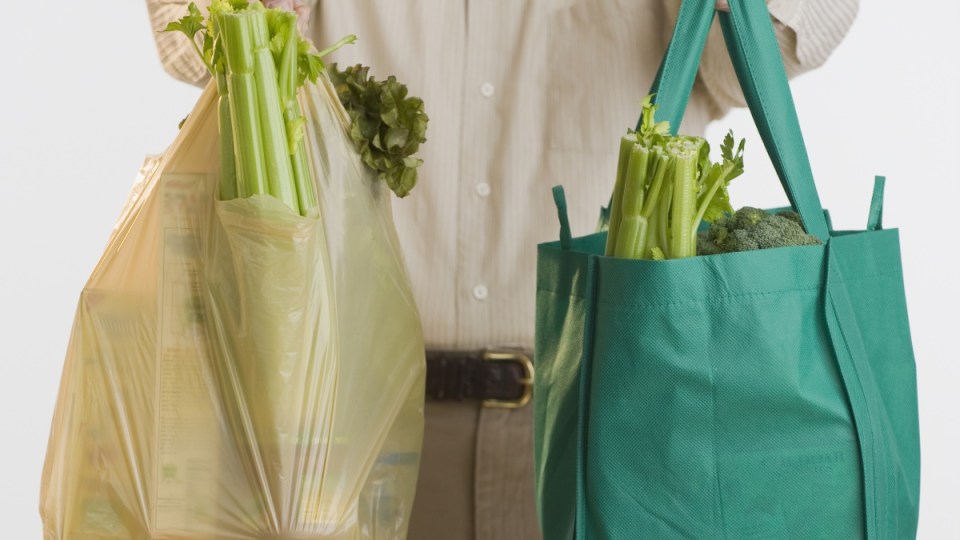 The countdown has begun – in less than two months free plastic carry bags in supermarkets will be a thing of the past.

Coles and Woolworths are already beginning to phase out plastic bags in dozens of stores Australia-wide, and by July the transition will be complete.

After that, you may find yourself at the checkout with a trolley full of shopping with the sudden realisation that you’ve got nothing to carry it home in.

While, at face value, that amount may seem trivial – especially if you’re already paying more than $100 for the weekly shopping – if the international experience is anything to go by, consumers don’t like paying even a matter of cents for bags.

When the UK introduced a 5 pence charge per plastic bag in 2015 – equivalent to about 10 cents Australian – it was found to reduce plastic bag use by a massive 85 per cent in the first six months.

Assuming Australians will respond in the same way, these changes could have an enormous impact on the way we shop – all to the benefit of the environment.

Coles will remove single-use plastic bags from stores by July 1, while Woolworths Group stores – including supermarkets, Big W and BWS – will be plastic-free even sooner, as of June 20.

However, not all plastic bags will vanish from supermarkets. Bag dispensers will remain in some fruit and vegetable aisles.

If customers forget to bring their own bags, supermarkets will sell reusable heavy-duty plastic bags for 15 cents each.

Retail expert Gary Mortimer of the Queensland University of Technology said many consumers will be disappointed come July 1 when they stand at the self-service registers and find that they have nothing into which they can pack their grocery goods.

“Habits are hard to change,” he said.

“It will be important for shoppers to start breaking the habit of their dependence on single-use bags. This needs to start now.

“So if your routine is to pack your groceries away and pop the bags in the pantry, think about hanging them next to your shopping list, or putting them in your handbag.”

While supermarkets have taken the lead in distancing themselves from plastic bags, Australia’s biggest department stores are yet to take a stand.

Wesfarmers told The New Daily that its Kmart and Target stores will follow state legislation regarding plastic bag bans.

“Further details will be communicated to customers in the coming weeks,” a spokeswoman said.

These changes follow bans in the Northern Territory, South Australia, the ACT and Tasmania as well as many other parts of the world including England and China.

Bunnings in Australia slashed plastic bag use by as much as 99 per cent over five years after introducing a fee of 10 cents per bag in 2003.

Dr Mortimer said consumers should not forget that they play an important role in contributing to the solution.

“In 2013, Target was forced to back away from a 10 cent levy on degradable bags due to shopper complaints,” he said.

A 10-metre-long whale recently washed up on a beach in Spain and died due to 29 kilograms of rubbish – including plastic bags – blocking its digestive system.

Jenni Downes, from the Institute for Sustainable Futures at the University of Technology Sydney, said the main impacts of plastic bags are the use of fossil fuels during production, marine litter and recycling contamination which can lead to other recyclables ending up landfill also.

She added that reusable bags are only more beneficial for the environment if they are reused.