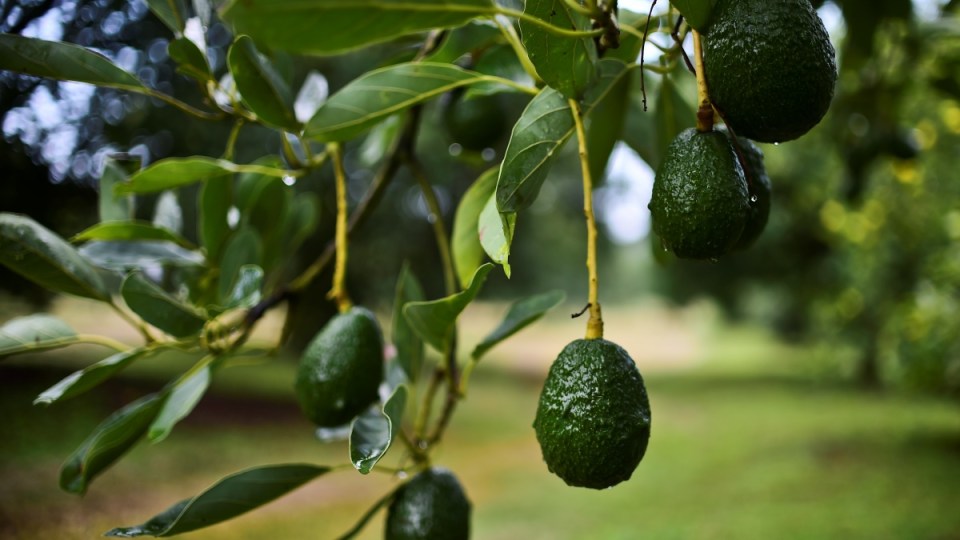 Macadamias, berries and avocados could all be threatened by a new varroa mite discovery in NSW. Photo: Getty

Australia’s love affair with the avocado has suffered a setback in recent days, with the price of the buttery superfruit shooting up to around $4 a piece.

The price surge comes at a time of particularly high consumer demand – the peak brunch season – and avocado growers say it is likely to continue well into February.

On Wednesday, both Coles and Woolworths were selling hass avocados for $3.90 a pop online. That was around a dollar more than they were charging a month ago, and up from around $2 a fruit in September.

The reason? A weak crop coming out of our main supplier for this time of year, New Zealand.

While domestic growers can normally meet the majority of Australia’s demand for avocados, there is always a lull in the weeks either side of Australia Day.

Hass avocado growers in Western Australia feed our habit over the Christmas period, but the trees start to run out of fruit around mid-January.

Shepard avocado producers in the Atherton Tablelands in far north Queensland start to harvest fruit at the end of January, with production really ramping up in mid-February.

Normally, this month-long lull is filled by hass avocados from the Bay of Plenty region in New Zealand.

But this year, according to Avocados Australia chief executive John Tyas, an off-year and a few badly-timed storms have meant NZ has not delivered the volume it normally does.

“WA is still pumping out pretty good volumes, and last week we delivered [a total of] 1000 tonnes to market,” Mr Tyas told The New Daily. “But you really need 1500 tonnes a week to meet demand.”

He said the storms in New Zealand had prevented the usual harvest because you can’t pick avocados when they’re wet.

“If the fruit is wet when you pick it, it can get skin damage, and that can cause infections that cause the fruit to rot,” he said.

But he said he expects avocado supply to pick up again in mid-February, which should cause the price to return to more normal levels.

Australia’s love affair with the avocado

The rise of the smashed-avo-on-sourdough generation, it seems, is not just a paranoid idea in the minds of conservative commentators.

In fact, figures published by Avocados Australia show Australian consumption of the Mexican berry (yes, berry) has absolutely rocketed in the past 20 years – pretty much in step with the rise of hipsterism and brunch.

The vast majority of those avocados – more than three quarters – are grown in Australia. In the past 10 years, Australian growers have almost doubled output, producing 65,992 tonnes of avocados last year, compared to 39,394 in 2007-08.

Queensland is by far the biggest producer of avocados, pumping out 69 per cent of our alligator pears. WA is second, producing 18 per cent.

Hass avocados – the dark, knobbly fellows – are the most commonly grown, accounting for 87 per cent of all avocados in Australia. The smoother, greener shepard avocados make up the rest.

As for exports, last year Australia exported a comparatively paltry 2300 avocados overseas. The vast majority – 78 per cent – went to Singapore and Malaysia.

Australians, it seems, are so partial to an avocado there is almost no need for producers to export the fruit.

But if you think that’s impressive, just bear in mind that Mexico, the world’s biggest avocado exporter, is expected to produce 1.8 million tonnes of hass avocados this year.

Mexico, incidentally, is one of the signatories to the Trans Pacific Partnership, which we learnt this week is set to be signed in March.

This will likely give low-cost Mexican avocado growers easier access to the Australian market, which could protect against future summer price spikes – good news for consumers, if not for Aussie growers.