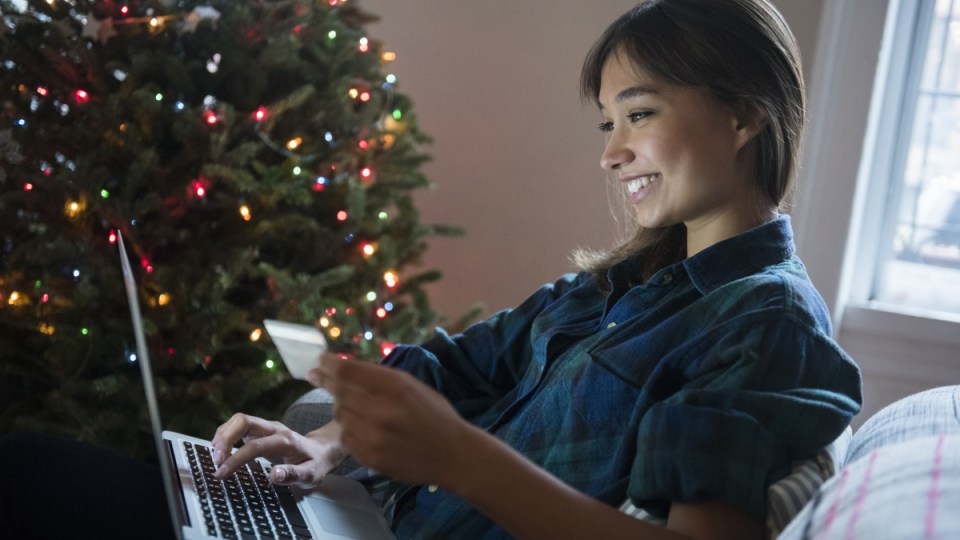 Australians are spending less on their Christmas shopping this year. Photo: Getty

Cash-strapped Australians are spending more money on food and alcohol this Christmas season than on material gifts, new research has revealed.

Amid increased living expenses and stagnant wage growth, consumers are expected to buy more bottles of wine this Christmas and spend less on electronic gifts, toys and luxury gifts, according to an IBISWorld report.

In fact, Christmas retail spending this December is expected to fall 0.2 per cent compared to the same time last year.

This follows the weakest three months of consumer spending in almost 10 years, after a significant decline in expenditure from July to September – the first quarter since penalty rate reductions have been in place, the McKell Institute reported.

As a result, bricks and mortar retailers are expected to struggle to outperform last year’s results during the festive season as consumers increasingly turn to online shopping, forcing traditional stores to lower prices to compete with new entrants. 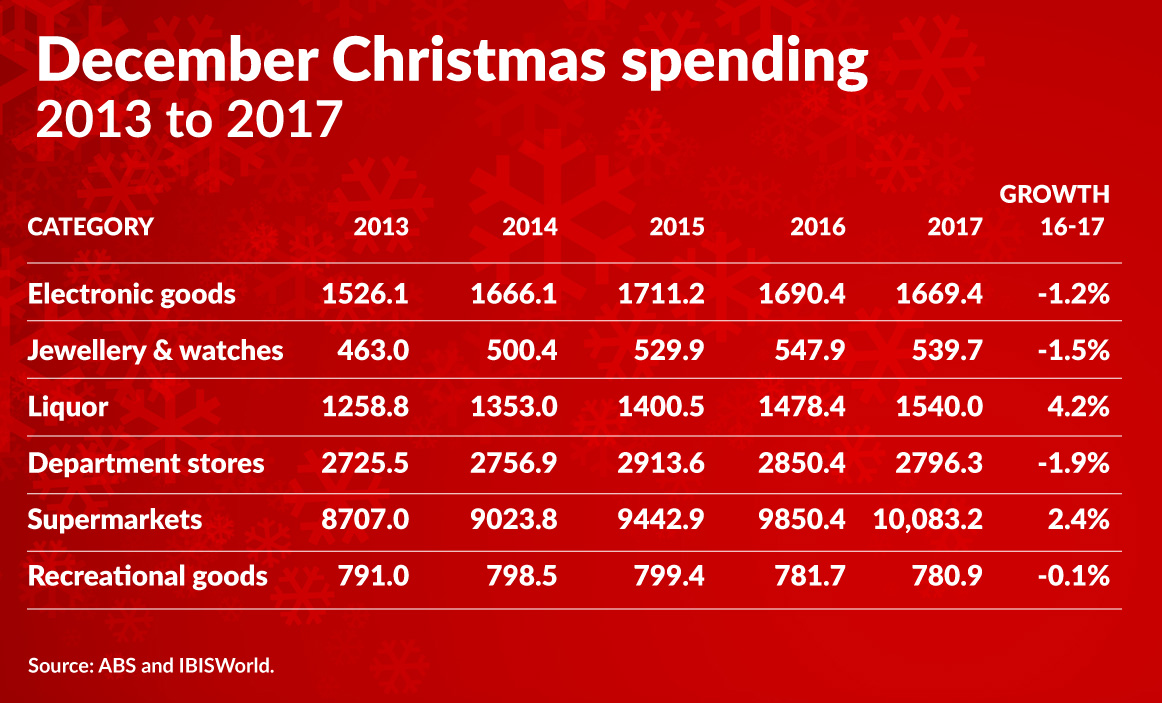 “Consumers are tending to transition to cheaper online retailers, particularly as the entrance of Amazon into the market increases the awareness of online platforms,” Mr Aravanis said.

Alcohol sales are predicted to grow by about 4.2 per cent this Christmas, while supermarket sales are set to rise 2.4 per cent higher than last year’s holiday period.

Jim Stanford, economist and director of Australia Institute’s Centre for Future Work, said he believed low wages are the greatest cause of the reduction in spending.

“Wages are not even keeping up with inflation and people are worried about what the future looks like,” he told The New Daily.

“So people are going to spend less on Christmas presents.”

Gary Mortimer, a marketing and retail expert at QUT Business School, said low spending could also be attributed to the “significant discounting” across the retail sector, particularly by department stores.

“Food gifting is a growing category,” he said.

“A quick walk through David Jones, Myer, Target and other stores illustrates areas of those stores set aside for bespoke and gourmet food gifting ideas.”

Shoppers buying more for their buck

However, Mr Stanford said it wasn’t all bad news, especially for Australians with a secure job and comfortable earnings.

“The typical present you buy and wrap to put under the tree this Christmas will generally cost you a bit less than last year,” he said.

“Shoppers are buying more for their dollar and therefore spending less.

“People will only spend more when they have more money in their pockets and a greater sense of job security.”

While Dr Mortimer said it was “too early” for Amazon to have a significant impact on the local market this Christmas season, that did not mean shoppers were not looking for bargains online.

“The growth of online shopping, the entry of foreign retailers and increasing consumer expectations around speed, pricing and service is challenging players in the market,” he said.

“Myer are already in the process of closing stores. Oroton and other brands like Marcs and Rhodes and Bennett, have simply closed up and Specialty Fashion Group [Katies, Millers] have indicated they will close up to 300 sites by 2020.

“People can’t spend more of what they don’t have. Business can’t pay higher wages, as revenues and margins don’t permit it. It’s a ‘Catch 22’ situation.”

Cash-strapped Christmas shoppers spending their money on food and booze