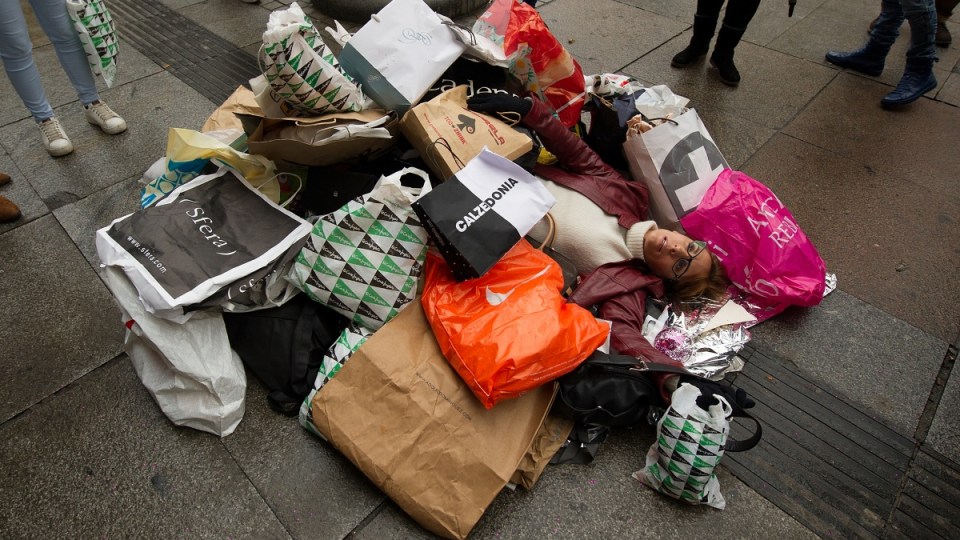 Australians love the Black Friday sales but are they snatching up a good bargain? Photo: Getty

Retail experts have warned bargain hunters not to be fooled by the discounts at Black Friday sales, with stores relying on impulse full-price buys amid the shopping frenzy.

New McCrindle research has shown that many Australians were not aware of the annual event, but Australians’ appetite for discount shopping is growing.

Local consumers last year made five times as many shopping transactions on Black Friday compared to the previous year, with a 37 per cent increase in online shopping sessions.

However, UK research revealed that the discount deals advertised on Black Friday were not always the bargains they claim to be.

Analysing changes to product pricing over a 12-month period – including the six months prior to and after the 2016 event – UK consumer body Which found that more than half (60 per cent) of the items investigated were available for the same price or cheaper at other times of the year.

Retail shopping and consumer expert Jo Munro said Australian retailers use similar strategies and that shoppers should always watch out for being tricked – amid the hype – into buying products that are not necessarily bargains.

“They’re counting on shoppers not only buying the cheap item but also three or four other products of varying price,” she told The New Daily.

“There’s a bit of magic that happens at these sales events and people can go a little bit crazy on spending sprees.

“Some of these prices may even be the same after Christmas.” “Retailers are relying on a certain mechanism to excite and motivate us to buy,” he told TND.

“For these kind of events, there is a timeline which creates a sense of urgency and there are overt discounts. They are trying to create a Boxing Day environment.

“Retailers are hoping for a volume offset or to clear excess inventory – but this doesn’t always occur and you could argue that these events are not always worthwhile for some outlets.

“In all its popularity in the US, Black Friday only amounts to less than 1 per cent of overall annual US sales.”

Mr Walker advised shoppers to be well researched, know what they plan to buy, and make use of price comparison websites to guard against being ripped off.

What are shoppers buying on Black Friday?

Picodi data, collected throughout the November period over the past three years, found that fashion and electronics were the most popular purchases on Black Friday.

These were followed by books, perfume, children’s toys, cosmetics and homewares.

One of the biggest shopping events of the year in the United States, Black Friday is celebrated on the first night after Thanksgiving (November 24), advertising discounts at participating stores ranging from 10 to 70 per cent off.

With a diverse range of discounted products, there are many bargains up for grabs at the many participating Australian retailers, both in-store and online.