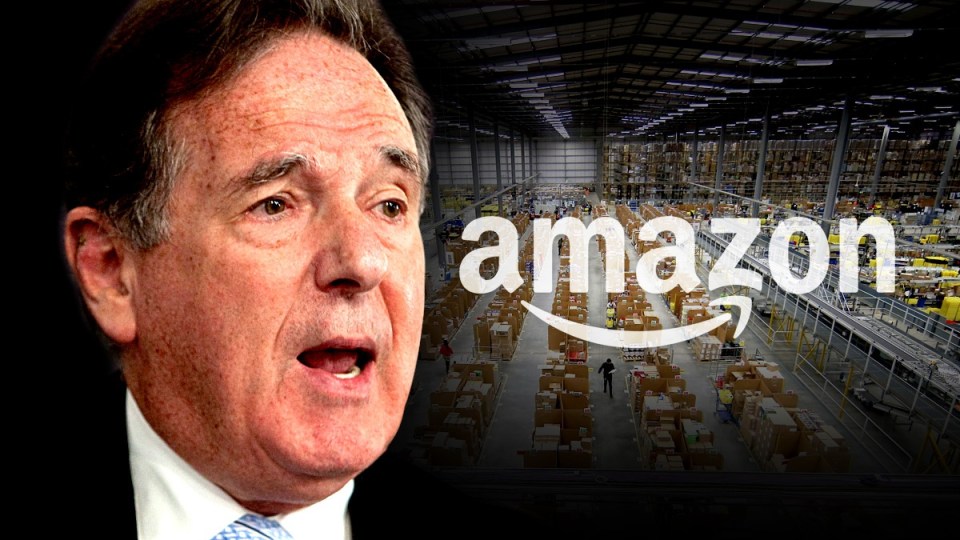 “That is the argument most often used to try and prevent this kind of competition,” Professor Samuel, ACCC boss from 2003 to 2011, told The New Daily.

“Funny thing, it hasn’t happened in any other industry in which it has been threatened.”

Coles and Woolworths in petrol. Aldi in groceries. Kogan and Catch of the Day in retail. Amaysim in telcos. “They haven’t driven out the competition,” he said.

“Amazon is part of the technological revolution that’s occurring globally at the moment. It ought to be welcomed.”

Gerry Harvey, founder of retail giant Harvey Norman, has been the most high-profile critic of Amazon since it formally announced it is ‘making plans now’ to launch its retail arm in Australia.

Mr Harvey told News Corp the government should prevent the “rampaging animal”, which pays “virtually no tax”, from entering the country before it uses predatory pricing to become “the last one standing”.

Professor Samuel said thwarting Amazon’s entry was the equivalent of trying to stop the tide.

“A business that tries to resist that sort of change or asks government to try to resist it are really asking government to adorn the crown of King Canute. That’s just not on, not going to happen.”

He was referring to the legend of King Canute who rebuffed the flattery of his courtiers by commanding the waves to halt. Upon his failure, he removed his crown to signify that God alone can claim kingly power.

Professor Samuel said the eventual capitulation of state governments to taxi app Uber proved that regulators must eventually “bow to the will of consumers”.

He acknowledged concerns about Amazon’s labour practices, but said this should be dealt with separately.

“No one condones, whether it’s Amazon or 7-Eleven or some of the franchise practices we’ve seen written about recently, no one condones those. But you don’t stop the provision of a service to consumers because of that. What you do is, you regulate the issue of workplace relations and the way that’s dealt with. That’s why we have those regulations in place.”

Dr Sean Sands, director of Monash University’s Australian Centre for Retail Studies, agreed that predatory pricing by Amazon was not “a serious problem in the foreseeable future”.

“If you look at the US, Amazon prices are still extremely competitive, and they’ve been in the US markets for a long, long time and diverting into all sorts of categories like food and so on,” Dr Sands told The New Daily.

“Yes, in some areas they are impacting competition, but I think if you’re a retailer or a store that wants to compete on price, your day is gone. You need to compete on more than price. Amazon has got price tied up.”

Nothing to fear from Amazon: former ACCC boss