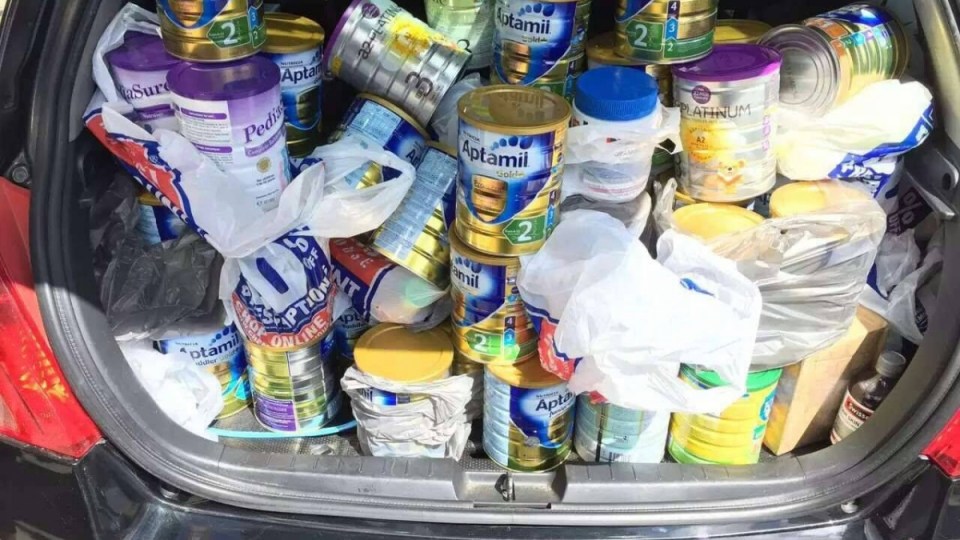 The jampacked boot of a 'Daigou'. Photo: Supplied

You’ve heard the stories of shoppers buying up large amounts of popular Australian products and shipping them off to China. It now turns out these same people have the power to change the fortunes of local companies.

Chinese buyers, or ‘daigous’, are seen as a principle reason behind the rise and $200 million fall of Australian milk powder producer Bellamy’s.

Daigou (pronounced: day-go) comes from the Mandarin for a buying agent, literally, to “buy on behalf of”.

These buyers are the often unseen link in the chain between China’s middle class and booming sales of infant formula and almost everything else in a chemist around the world.

Airwallex founder Lucy Liu said that Bellamy’s “may have mismanaged its Chinese distribution strategy by under-pricing its products” in addition to being caught out by Chinese regulations which increased duties and restricted what could be sold to Chinese consumers online.

She said “some companies choose to avoid daigous because they don’t like the way they market their products, and see them as more of a liability than a potential distribution channel”.

The New Daily spoke to two Melbourne-based daigou about the business.

Shangdi and Nuwa, not their real names, started selling milk powder back to China as a way to make some extra money.

They say that Australian milk powder has an image in China as “natural, they are healthier, organic, a green product”.

Nuwa said “Australia is known for healthy products and one is the milk products here are better than in China. They don’t trust products from China”.

Shangdi sells to roughly 50 people a month, although he has about 3000 people who follow his online store on the Chinese social media app Weibo. Nuwa also has a Weibo account and shops with several thousand followers.

“We use Wechat, five minutes ago one of my high school classmates asked me to send six orders of baby formula,” Shangdi said.

“Most of the time we’re not selling them to customers directly, it’s through a sub agent, they have their own customers. We offer a lower price to them and they sell them at their own price,” Nuwa said.

One of the main reasons daigous exist is because of a big disparity of prices in China compared with those overseas.

“What Bellamy’s didn’t expect was that the daigous’ customers would be more loyal to their daigou than to the Bellamy’s brand, choosing to switch to new brands rather than opt for a new sales channel,” she said

A2 is now the most popular brand of milk powder that Shangdi sells.

But while milk powder forms the mainstay of their business, Shangdi said the two send almost everything in Chemist Warehouse back to China.

We take you inside the Chinese ‘daigou’ craze