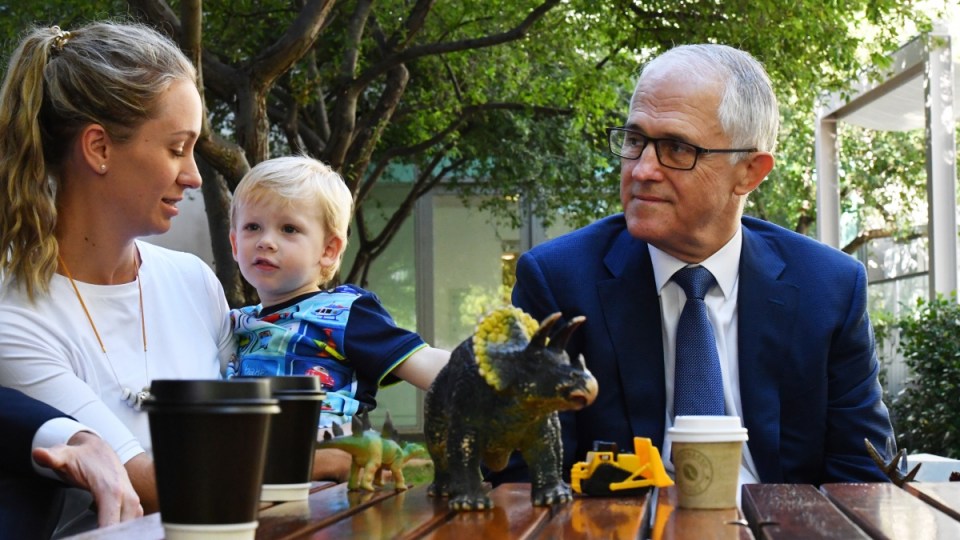 Families would get a boost to child care subsidies, but family payments have been cut. Photo: AAP

Low-income parents are set to receive more financial support to pay for childcare, but take a financial hit via the Family Tax Benefit under a government overhaul of childcare subsidies.

The Senate passed the Coalition’s $1.6 billion childcare package late on Thursday night after what the Opposition is calling a “secret deal” between the government and some members of the crossbench.

The childcare overhaul is expected to impact 840,000 families and targets subsidies at low-income families, while scrapping subsidies for some wealthier parents.

It merges existing rebates and subsidies into one means-tested payment, with a working family earning less than $65,000 now to pay no more than $15 a day for childcare.

The government also agreed to a proposal from Senate crossbenchers Derryn Hinch and David Leyonhjelm to scrap childcare subsidies for families earning more than $350,000 a year.

The bill will return to the House of Representatives as a result of the amendment, where it is expected to be passed without issue.

The new system will benefit 230,000 Australians who weren’t in work because of the cost of childcare, the government said.

But it also includes a stricter activity test, meaning parents must be working, volunteering or studying for eight hours a fortnight to receive the subsidy.

The childcare sector, Labor and the Greens raised concerns about the package, saying it would halve access to childcare for some vulnerable and disadvantaged families from two days to one.

Both parties and independent Jacqui Lambie earlier questioned the horse-trading between the government, One Nation and the Nick Xenophon Team that led to their support for the package, which Labor has labelled a “secret deal”.

They had initially withheld their support for the government’s plans, but changed their minds after it scrapped a raft of welfare cuts that would have hit the unemployed, pensioners and young people.

Education Minister Simon Birmingham told the Senate on Thursday night that the changes would “give the greatest support we possibly can to the lowest-income, hardest-working families”.

But Greens Senator Sarah Hanson-Young was unconvinced by their change of heart, saying that the childcare overhaul would still hurt vulnerable families.

“Why are those children being punished? Because there’s a deal that’s been done here tonight,” she told the Senate.

One Nation leader Pauline Hanson earlier said “no deal had been done”, while Senator Xenophon said he’d worked to avoid a “stalemate” so the childcare boost passed.

Mr Xenophon told the Senate on Thursday night he’d secured extra funding for the Community Child Care Fund that would help indigenous families as part of the childcare package.

The two-year freeze to Family Tax Benefit is expected to raise $2.4 billion over four years.

But Labor said it would leave 1.5 million families worse off and welfare groups said the cuts would hit the vulnerable particularly hard.