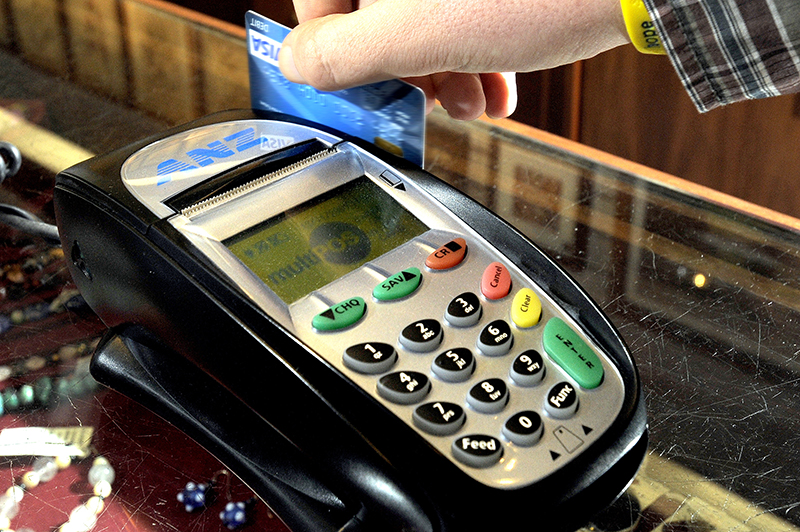 The banks are the big winners every time you tap or swipe or insert your card. Photo: AAP
analysis

The banks are rubbing their hands with glee as they now get a cut of almost every purchase we make.

PayWave and PayPass are changing the way we buy things. The latest figures from the Reserve Bank of Australia saw yet another fall in ATM use and an increase in the number of Australians who don’t carry any cash.

It’s worth pausing to take that in. Every time you tap or swipe or insert your card, the banks are getting a slice … every time you buy something. Now, admittedly, it’s a small percentage (around 1 or 2 per cent) but when it’s every transaction, it sure adds up.

This isn’t to pay for the machines. That’s covered in a separate rental charge. The question is, is it worth it? Are they providing enough of a service to make that worthwhile for you and the retailer?

There’s another thing we’re losing when we tap – our connection with our money and our budgets. This too is good for the banks – who really start to make money when we spend credit.

At the risk of showing my age, my earliest memories of banking involved a little book I would hand to the bank teller. In it would be printed all of my transactions and my current balance. The teller would put it in a little printer that would add my current transaction and the updated balance and I would leave with my cash and my bank book.

Sometimes you only find out there’s no money in your account when “declined” comes up on the machine. Often enough though, this isn’t a sign that you’ve run out of money – that happened long ago – it’s a sign you’ve run out of credit.

Who wins? The banks.

As well as having some of the most profitable banks in the world, Australia currently has the highest level of debt in the world – no, not the much-hyped government debt, that’s very low. I’m talking about private debt.

Australian households owe a total of $2 trillion. That’s over $80,000 for every man, woman and child. This is primarily driven by the outrageous cost of housing or, more accurately, land. Who’s the biggest winner from ever-growing land prices and ever-growing private debt? You guessed it; the banks.

Starting to see a pattern here?

In my opinion, modern economies are vastly over financialised. The financial sector has moved well beyond the provision of beneficial goods and services to become a parasite that drains scarce resources from productive economic and social activity. Just like any host-parasite relationship, the bigger the parasite, the more the host suffers.

Think about those overinflated land prices. That’s essentially free money for the banks. Almost every purchase of a house involves a contract to hand over a very substantial proportion of household income every month to a bank – for decades. Where do they get the money to lend to you? They create it out of thin air. That’s another topic for another day but a banking licence is effectively a licence to print money.

Think also about superannuation. Every pay, 9.5 per cent of every person’s salary is compulsorily acquired by the financial sector who very happily look after it until we retire (for a price, of course).

Every time we spend money at the shops using a card, we hand over a cut to the banks. Add to that our mountain of credit card debt and you get a raging torrent of money flowing into the banks every day.

From a big picture perspective, we need to do something about overinflated land prices so that those resources can be put to more productive use. We need to stop seeing housing as a way to accumulate wealth and start to see it as … well, housing. This is largely a government policy responsibility and not something we can do as individuals.

However, we can claw back a little bit of control and cut out the banks as middle men by using cash when we spend. This is particularly useful for the small local businesses where we shop.

It could be the difference between them surviving and going under – or being able to pay staff versus working 12-hour days themselves. Those staff could be your kids or your friends.

Not only does it restrict the financial benefit to the purchaser and the seller, it also puts you more in touch with your spending and your budget.

Unless you’re a bank or an international credit card provider it’s a win-win scenario.

Warwick Smith is a research economist with progressive think tank Per Capita. His article first appeared on New Matilda and is republished here with permission.

The banks make a killing every time you swipe your card