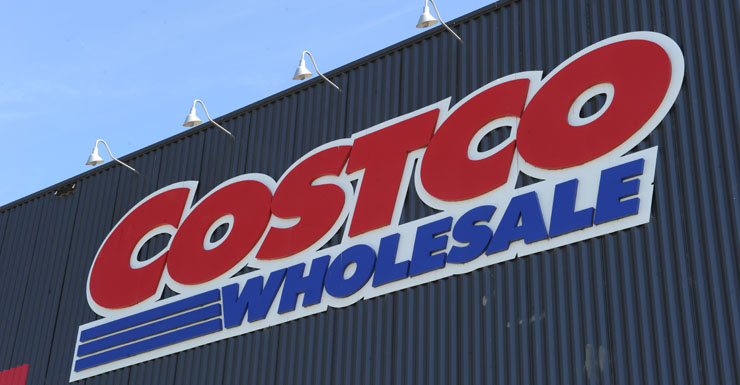 The big two supermarkets are closing in on bulk retailer Costco. Photo: AAP

Despite grocery shopping still being more than 20 per cent cheaper at Costco than the ‘big two’ supermarkets, some products are actually more expensive at the members-only bulk retailer, a new report has found.

And while Woolworths and Coles have employed a “tactically clever” move to lure shoppers back, a retail expert has argued they will struggle to ever truly compete on price.

That said, the big two supermarkets have closed the price gap on Costco.

A 27-product shop was 24 per cent cheaper at Costco than Woolworths last month, according to Morgan Stanley, down from 37 per cent in February 2015. At Coles, shoppers would have paid 27 per cent more for the same 27 products at Costco.

“We think part of the industry deflation is the shift to larger pack sizes (in part to combat Costco) which enables the retailer to reduce the cost per unit,” he said in his report.

“For instance, back in February 2015 the best value/largest pack size of washing powder at Woolworths was 1.8kg vs 4kg today (Costco 9kg).”

The report also found that items such as handwash, bug spray, nappies, cashews and blueberries were actually more expensive at Costco, where shoppers pay a $65 joining fee, compared with Woolworths.

Still, Costco shoppers would have found a discount on 22 of the 27 basket items compared with Woolworths and 23 compared with Coles.

Retail expert Steve Kulmar said though the big supermarkets were closing in, the gap was still substantial.

“No one goes to Costco and spends $30. They do a very large shop. The gap is still substantial,” he said.

“Costco’s cost of doing business is so much less than Woolworths and Coles and they can never close the gap without losing money,” he said.

But he said it was smart for Coles and Woolworths to start offering larger pack sizes for a range of products.

“It’s quite tactically clever to be selling some items in bulk,” Mr Kulmar said.

“What they’re trying to say to the consumer is, ‘You don’t have to go buy all your bulk items from Costco, you can come to us for your toilet paper or other items’.”

Costco, which currently has eight stores across Melbourne, Sydney, Brisbane, Adelaide and Canberra, is expected to expand to 16 warehouses by 2020, according to Morgan Stanley.

It estimated Costco’s market share would grow from 1 per cent to 1.8 per cent by the end of the decade, with Woolworths’ and Coles’ slice of the market expected to shrink slightly.

Current figures showed Woolworths commanded a 34.5 per cent market share, marginally ahead of Coles (29.1 per cent).

Mr Kulmar said he expected to see a consolidation of the market in the coming years.

“When we’re doing our bulk purchases we’ll use Costco, and when we’re buying tonight’s meal we’ll go to the supermarket,” he said.