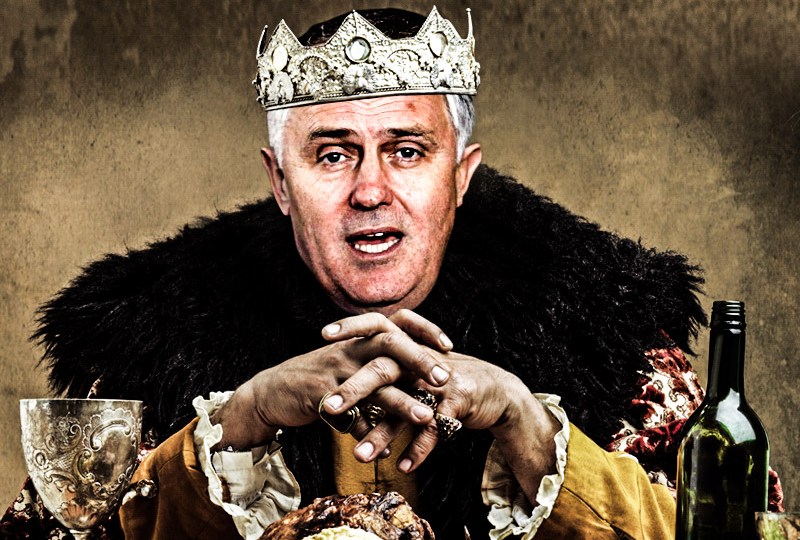 Australia’s two major parties have been accused of colluding on a trickle-down economics–style tax cut for the rich.

On Wednesday, the Coalition and Labor voted through the Income Tax Relief Bill, which from this week will drop the marginal tax rate for the $80,000-$87,000 bracket from 37 to 32.5 per cent.

Treasurer Scott Morrison sold it as an income tax cut for “middle income” workers. And Labor backed him up.

Both were wrong, according to progressive think tank The Australia Institute, which crunched the numbers to find it’s not a cut for middle earners “at all”.

“This really is trickle-down economics – the idea that if you give the rich enough, some of the crumbs will trickle down to the low-income earners.”

‘Stimulus for the rich’

An Australian on $80,000 a year is in the top 25 per cent of income earners, The Australia Institute calculated.

This figure doesn’t include age pensioners, the unemployed, the disabled, etc. If they were added in, it would push those on $80,000-plus much closer to the top 10 per cent.

While it’s true the average full-time worker earns just over $80,000, that figure is misleading, the think tank’s economist said.

When part-time workers are factored in, the average wage drops to $1160 a week, the Australian Bureau of Statistics (ABS) reported in May. This works out to roughly $60,000 a year.

Women make up only 39 per cent of those who earn $80,000-plus, The Australia Institute calculated. Put another way, 61 per cent of Australians earning more than $80,000 are men.

Averages can be misleading, too. They get skewed upwards by high earners. The median figure (what the worker right in the middle earns) is more instructive. Back in May 2014, the last time the ABS itself calculated the median wage, it was a full $10,000 lower than the average wage.

Not only will the tax cut not benefit ‘middle’ Australia, but it will hurt the budget too, The Australia Institute’s economist said.

The measure will cost $3.9 billion over the next four financial years, thereby eroding about two-thirds of the savings achieved in the bipartisan Omnibus Savings Bill, Mr Grudnoff said.

During debate on the bill, a government MP, Craig Kelly, told parliament the cut would help grow the economy.

But if this is the bill’s intention, it is aimed at the wrong group of Australians, Mr Grudnoff said.

Giving an extra $315 a year to low-income earners would ensure it was immediately spent, resulting in much-needed stimulus, whereas higher earners are likely to bank more of their bonus, he said.

Dr Andrew Leigh, an economist and Labor MP who voted for the tax cut, defended it to The New Daily.

“Unlike the Liberals, we didn’t support a tax cut for those earning over $180,000, almost all of which would have gone to the top 1 per cent,” Dr Leigh said.

“But unlike the Greens, we won’t stand in the way of an income tax cut directed towards people on middle incomes.”

Turnbull gives tax cut to ‘the rich’, with Labor’s help