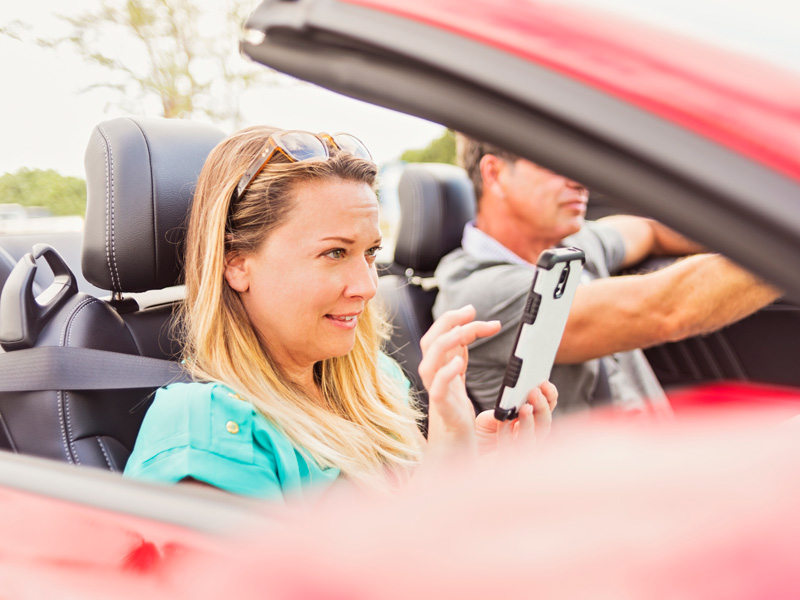 If you are one of those motorists obsessed with petrol prices and you’d like to better intelligence about where to fill up for less, your mobile phone can now help.

There are a range of recently released apps that can end that panic and stop you driving around wasting time and petrol looking for a bargain. The New Daily has looked at a few.

This app has been put together by the Informed Sources group which specialises in providing intelligence on quickly changing markets.

The app works like this. You log in with your current location and the app will identify petrol stations in your area with coloured dots according to price bands. If you tap on the dot, the price and brand of the station will come up and you can make your choice from there.

You can set your favourite servos on the app and check them whenever you need fuel.

A sophisticated graphing option allows you to track the fuel cycle in your district, giving you average fuel prices over the recent weeks and predictions for coming days.

Using the data you get recommendation on when to “top up” “fill up” or “hold off”.

The app’s data is updated every 15 minutes automatically.

While other apps are brand agnostic, this app aims to help 7-Eleven customers find the company’s stations in their locality.

The big selling point of the app is that you have the ability to lock in a price before you need to buy petrol.

To do this you need to sign up for a 7-Eleven cash card and load it up with cash. Once that’s done you set the type of fuel you want, find an attractive price near you and lock it in for up to seven days.

When you go to the servo you top up and scan your phone with the cashier. You can only lock in with the amount of money you have on your card

This is the antipodean offshoot of a North American operation. It will, at your request, scan your neighbourhood coming up with a list of prices at local servos giving you their addresses and brands.

There is also an option of seeing the search results on a map.

GasBuddy data is crowd sourced and so tells you the user name of the reporter and how long ago the report was made.

As encouragement, members reporting prices through the app are offered the chance of winning up to $100 worth of fuel every day.

The fuel cycle has changed

There was a time when the petrol price cycle was very predictable, rising before weekends and falling early in the week.

But Informed Sources commercial manager Nick Ferris says “cheap Tuesday is a thing of the past. Now it changes constantly and the cycle can be between two and three weeks in length.”

“The cycle is very significant with changes in price of 15c or 20c a litre not uncommon,” Mr Ferris said.

That cycle, he says, is driven by competition with retailers dropping prices to pull in volume till someone  blinks and prices rise again.

The more cynical have seen it as more sinister and the Australian Competition and Consumer Commission keeps a close eye on things.

The ACCC Petrol Cycles web site looks at it this way. “Price cycles are the result of deliberate pricing policies of petrol retailers, and are not directly related to changes in wholesale costs.”

The site also tracks the cycle in different cities which can vary markedly.

At the time of writing, the Sydney market was described as being “at the highest point of the cycle” and “motorists should avoid buying petrol at this time.”

Adelaide, however was described as being “around the lowest point of the price cycle” with now being “a good time to buy petrol.”

Over in WA, the state government has the fuel industry on a short leash, allowing price movements only once a day and demanding servos report their prices daily.

Prices are listed on the state government’s FuelWatch website by region and if you type in an area the site details offers and addresses, station by station.

Fuel price apps help you save at the bowser