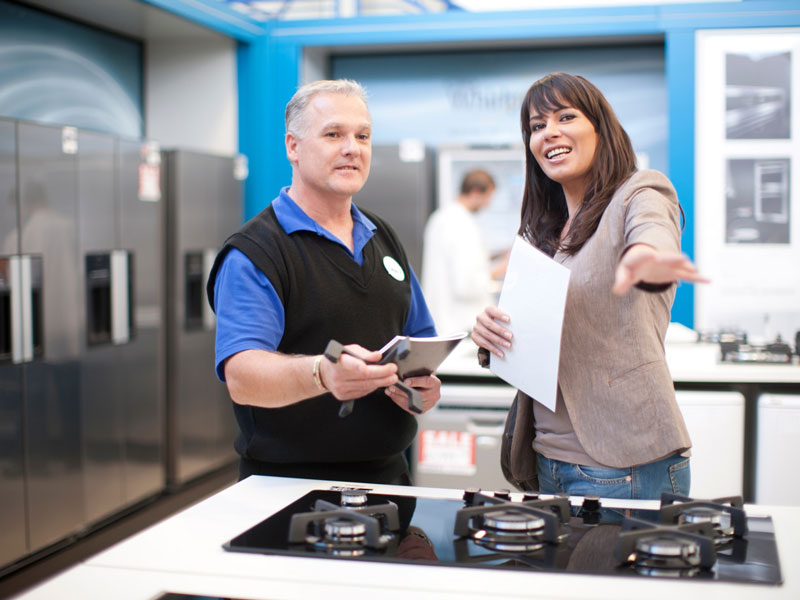 Consumers are missing out on big savings by failing to haggle for the best price on products including white goods and electronics at some of Australia’s biggest retail stores.

Although most Aussie shoppers are willing to haggle for a better deal on a house or car, consumer advocates say many are still reluctant to negotiate in a retail environment.

Harvey Norman, Officeworks and The Good Guys are just some of the places with flexible pricing and price-match or price-beat guarantees.

Other stores, like JB Hi-Fi, don’t have official policies but are often happy to negotiate.

“I never want to pay the asking price as a matter of course – that is just for people who are too rich or in too much of a hurry,” he told The New Daily.

Fixed pricing has only been around since the mid-1800s, before that the price of most products was worked out by bartering.

“I often say to the sales person: ‘can you do something better for me?’, and that is a little clue that I am not going to pay the ticket price and I might just walk out of here without buying,” Mr Zinn said.

“The more that you can convey to them that you know what other prices are … it puts you in a much stronger position.”

Be bold in bargaining

Taking a “relaxed, polite and in control” approach could help your efforts, Mr Zinn said.

The savings could range from a few dollars, or an additional product thrown in for free, to thousands – depending on the item you are buying.

When in the market for a home or a new car, haggling was much more accepted, but salespeople could “always do something with” other smaller products, like household white goods, Mr Zinn said.

But remember, haggling should be done on the sales floor – not at the checkout.

When the item you were after was the last one left or floor stock, you were more likely to get a good deal, according to Savings Guide.

“Tell them you don’t like floor stock and that it has been used, touched and potentially damaged so you would be willing to purchase as long as a good discount is applied,” they advised.

“Don’t be afraid to say the price you would be happy with. Work to meet them half way between your request and their offering, if it is a vast difference.”

The secret to getting a better deal

An investigation by consumer advocacy group CHOICE in 2007 found hundreds of dollars could be saved by haggling with retailers.

And attitudes towards the practice were surprisingly welcoming.

But CHOICE spokesperson Tom Godfrey told The New Daily there were tricks to remember.

“The secret to getting a better deal when you are dealing with businesses is to do your research,” he said.

“Research the product or service, get multiple quotes from multiple companies and see who will do the best deal.”

Online research was a good place to start.

With the help of a Virtual Private Network (VPN) your location could be masked and you could compare Australian prices with those overseas.

The proof of a better deal could help when in-store.

“The biggest savings you are going to make are long before you step into the store and that is jumping online and shopping around,” Mr Godfrey said.

The discount secret big retailers don’t want you to know