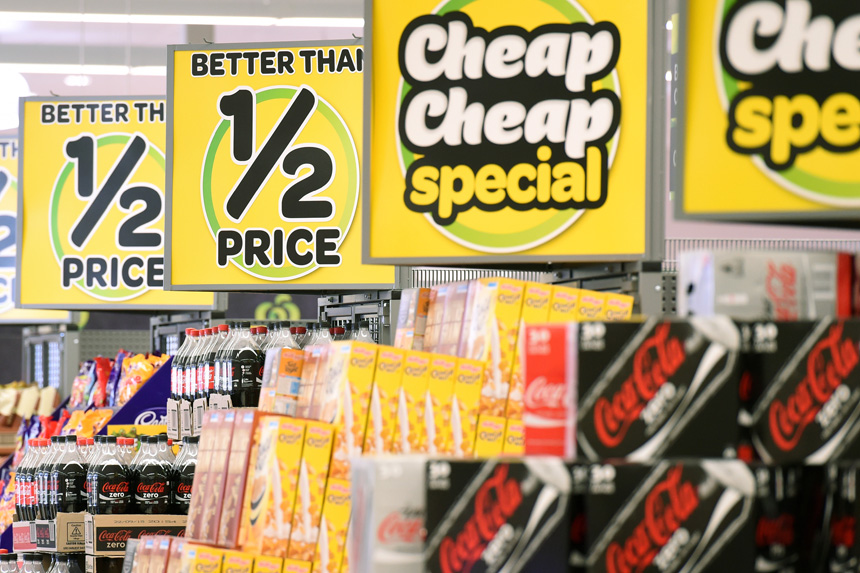 Australian shoppers are blowing thousands of dollars each year by staying loyal to premium supermarket brands.

The stigma of home brands is rapidly disappearing, as research firm Canstar Blue recently observed, but many consumers stubbornly refuse to pay less for the big brands. And it’s costing them dearly.

Customers are still mesmerised by the likes of Cadbury, Heinz, Coca Cola, John West and Nescafe, Canstar Blue reported on Monday. These were some of the 20 brands that surveyed customers said they did not want to lose from supermarket shelves, which the research firm interpreted as strong loyalty – and a willingness to pay extra. (Click on the owl for the full list of brands  )

To find out how much customers might needlessly be paying, The New Daily visited a Woolworths in Melbourne’s CBD and compared premium products named on Canstar Blue’s list with their home brand alternatives. The no-name shopping basket was $39.19 cheaper, The New Daily found.

Over the course of a year, if a family shopped once a week, that would amount to a saving of more than $2000 per annum.

“Every brand is viewed as offering some kind of promise made to the customer,” Dr Kale said.

“If that promise is trustworthy then people feel they can avoid an unpleasant experience with the brand.

“The trust that people place in brands is an insurance policy against bad experiences.”

This is despite another Canstar poll finding that 76 per cent of Australians believed home brand offerings from Coles, Woolworths and Aldi were “good quality”.

The result of The New Daily‘s premium/home brand price comparison: