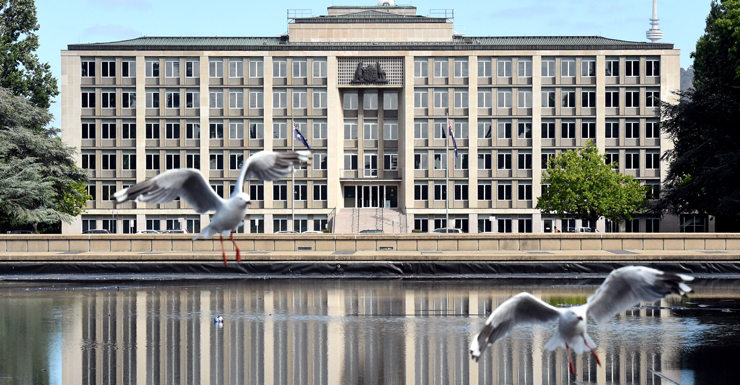 Income tax cuts and increasing the GST rate to 15 per cent would deliver only “negligible” economic growth gains.

That’s according to extracts from Treasury advice obtained by AAP that was handed to Prime Minister Malcolm Turnbull and Treasurer Scott Morrison last month and a key factor why the government is no longer pursuing a GST rise from 10 per cent.

Senior frontbencher Christopher Pyne, lampooning the opposition in parliament on Thursday, said their “not very scary campaign” had fallen flat. ”

Labor has spent six months wasting time talking about a tax that is not going to be introduced,” Mr Pyne said.

The modelling undertaken by Treasury and two independent consultants — KPMG and Independent Economics — found that increasing the GST would, by itself, reduce GDP.

The impact on inflation would see a significant portion of the revenue raised — some $30 billion — automatically spent because pensions and welfare payments are indexed to CPI.

That would reduce the scope for cutting personal income taxes and limit the gain needed to make the result of the tax mix switch GDP-positive.

Indeed, one scenario modelled shows that increasing the GST rate to 15 per cent and broadening it to water and sewage from 2017/18, which is currently exempt, would raise $35 billion, but would be more than absorbed by $30 billion of tax cuts and $6 billion in household assistance.

On these assumptions, Independent Economics found this would add just a minuscule 0.18 per cent to growth, while KPMG was only marginally higher at 0.3 per cent.

However, a separate ministerial brief from Treasury at the start of this month indicated that the government cannot sit back and do nothing. Bracket creep, where individuals are forced into higher tax brackets due to wage inflation and productivity, will be a 0.55 per cent drag on growth by 2020/21.

Suggestions this could be resolved by indexing personal income thresholds to CPI would remove the effect of inflation, but Treasury says average tax rates would still continue to rise as a result of productivity.

But it says indexing income tax thresholds to average taxable income would eliminate bracket creep completely as it would respond to the impact of both inflation and growth in real incomes.

GST not worth it: Treasury