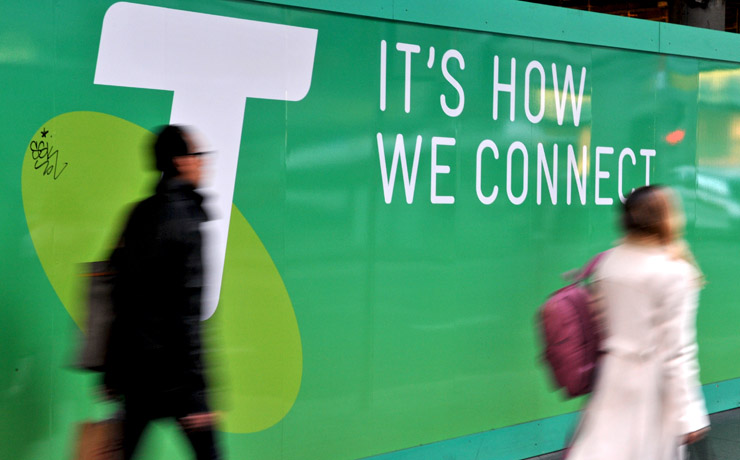 Will I never learn?

I read The New Daily’s story about Telstra in Wednesday’s edition, a neat illustration of the telco’s modus operandi when it comes to customer affairs.

“Telstra customers who receive their bills on paper via mail or pay monthly accounts face-to-face will be slugged $3.20 a bill, up $1.20 from the current $2 charge,” it explained.

“The increase will take effect on 28 November.”

I already knew about this. I’d received a notice a week or so ago, indicating that if I was to continue to require any dang-blasted “non-electronic billing”, I was henceforth going to be out-of-pocket a further $1.20 a month.

I’d shrugged my shoulders and decided to live with it. You need to pick the battles worth fighting and let the rest, those innumerable lesser exploitations that litter the life of a consumer, go through to the keeper.

Besides, my understanding was that Telstra’s switch to electronic billing and payment had been in the interests of the environment.

Nothing wrong with that. By urging its customers away from paper, it was doing the right thing.

As a right-minded citizen I should be paying to get my bill in the mail, even if the only reason I was doing so was because the hard copy made it much easier to illustrate to the helpful person at my local Telstra shop how I’d been overcharged.

Nothing like a document covered in red question marks and exclamation points to get some attention.

However, Telstra’s altruism is of a different order. It’s not concerned with the environment, only with covering costs.

The New Daily tracked down a Telstra spokesperson who seized the opportunity to offer an official reassurance to customers, explaining that the extra charges were required in order to “partially” offset the costs of processing all that paperwork.

Furthermore, nobody who could afford it would be disadvantaged, the spokesperson said.

“Pensioners and health care card holders are automatically exempt from this fee. It is all set up with them when they connect or they advise us they have become eligible.”

I have an Australian Government Health Care Card, I said to myself. I shouldn’t be paying any bloody fee.

In fact, Telstra owes me money, the fee I’ve been paying ever since the charge for doing non-electronic business was introduced.

I should “advise” them of this. But then I made my big mistake.

And here’s where it all got seriously complicated. I really should have known better.

Polite Ryan explained to me down the crackly line from Manila that the Telstra system wasn’t able to “validate” my claim or my request.

So, no, he couldn’t do either of the things I was asking of him. I remained calm. I didn’t really have to – protocol has it that nobody in the customer service business ever hangs up on a customer.

Not only is the call being recorded for training purposes, but pesky customers get to stay on the line to dole out numbers about how satisfied they’ve been with the call.

Or they might. But this wasn’t Ryan’s fault. He was just doing what he’d been told to in the customer service classes.

However, a moment or 20 later I was talking to polite May at the Complaints Department.

She seemed genuinely surprised that I was quibbling over such a small sum, but essentially endorsed what Ryan had said.

The Telstra system could not “validate” my complaint. By way of compromise for my troubles, she would reimburse the amount I’d already paid for the non-electronic billing, but Telstra could not remove the charge in future.

I said, that didn’t make sense and that I had no need to compromise, and I even heard myself saying that I’d look to taking my business elsewhere if the matter wasn’t sorted out.

May asked if I would hold the line while she consulted with her supervisor. Since I’d already been on the line for around 30 minutes, I asked if she could sort it out and call me back. Which she agreed to do.

It pays to check the fine print

On the support page for Account & Billing, the company endorses the spokesperson’s claim.

Exemptions from the non-electronic payment and paper bill fee.

You won’t be charged the non-electronic payment and paper bill fee if you:

• Use a Telstra Bill Assistance Program Certificate to make a payment.

• Don’t have an email address or internet access. However, you must pay your bill via automatic Direct Debit, PayPal or Bpay to avoid the $3.20 non-electronic processing fee.

May called me back and began to regurgitate the same guff all over again.

Even after I pointed out Telstra’s policy, and even after she allowed that it did seem to say that the holder of a Government Health Care Card would be exempted from the fee, she insisted that there was nothing she could do.

She said she was sorry but her hands were tied since the policy manual she’d been given included the instruction that, if anyone like me called, they were to be told that they weren’t eligible for an exemption from the fee if they had access to the internet.

I’d spent the best part of an hour keeping my cool, explaining my position and directing her to Telstra’s information pages only to be told that there was another document, one to which no customer is privy, that was guiding her responses to me.

And deliberately setting out to deceive! What had begun as a fairly casual request had now, for me, become an urgent matter of principle.

I became aware that there was someone in the background prompting May and asked to be passed on to her/him.

Goodbye May, hello April. I’m not kidding. Telstra can’t even get the months in the right order!

It took a while, but April effectively conceded everything, that people on pensions and with health care cards should, under Telstra’s terms, be exempted from paying the fee.

“But please understand,” she continued, “our system isn’t set up to allow this to happen.”

“So your system’s flawed, but your customers have to foot the bill so you don’t have to do anything about it?”

“You have a point, but I really can’t help you. What we have internally is a problem. But rest assured, we will not take your complaint lightly. And to help you, I’m going to pass your complaint on to the highest level, our Customer Relations Group and you will receive a phone call within the next day or so.”

But I really should have known better that to attempt to sort out anything with Telstra via the phone, which is of course its raison d’etre.

What I should have done is take my issues – and the paperwork Telstra sends me – down to the local Telstra shop where a group of smart, lively young men and women have, for years, helped me courteously and efficiently.

It took a little while to find the right Telstra shop, but once I did, I’ve never looked back.

Until today, when I thought the issue was so clear cut that nobody could get it wrong.

I was wrong. And I have learned.