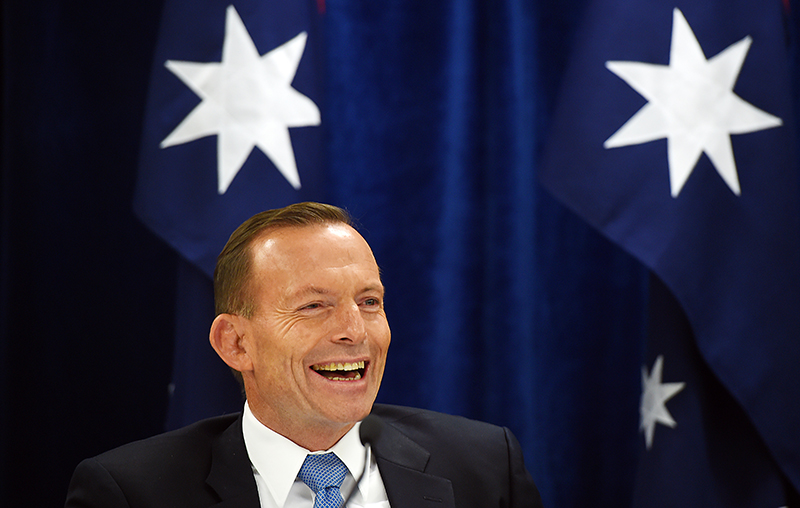 Reading between the lines, it’s clear that Prime Minister Tony Abbott wants to increase the GST.

After Thursday’s Council of Australian Government’s meeting in Sydney, Mr Abbott said a GST change is “on the table” and urged his state counterparts to “keep an open mind”.

• Everything in Australia just got more expensive
• Feeding the rich: Hockey’s tax vision unpicked
• Four controversial ways to save the budget

His tentativeness is easily explained: a hike in the goods and services tax would be extremely unpopular. Why? Because it would mean everybody paying more tax – potentially a lot more.

But that’s not a good enough reason to oppose it.

If, as most commentators agree, we are facing a chronic budget deficit there are only two options: raise more revenue or cut spending.

Given the Australian people will not accept major spending cuts (remember Joe Hockey’s first budget?), the only option is to raise taxes.

The question, then, is whether a higher GST is the best way to do that.

A tax on the poor

The first argument against the GST is that it’s regressive – that is, it is does not target those who can afford it. A millionaire pays exactly the same tax on a loaf of bread as someone on the dole.

This makes it blatantly unfair. While in dollar terms rich people end up paying more, as a proportion of their income low-income people are hardest hit.

The chart below, provided by the Grattan Institute, illustrates this. It looks at the four categories of goods that could be included in a broadening of the GST. As a percentage of income, the lowest 20 per cent (or ‘quintile’) of income earners spend the most overall, particularly on vital goods and services like food and health.

Rich people, meanwhile, spend less on food and more on education and childcare.

This unfairness is supposedly cancelled out, in part, by its efficiency. According to a government-commissioned paper by KPMG in 2010, for every dollar the GST raises, it robs the economy of eight cents of economic activity. That’s a net gain of 92 cents.

Meanwhile, for every dollar of of income tax revenue, 24 cents of economic activity is lost, while for corporation tax the figure is 40 cents.

In other words, the GST puts people off buying goods less than income and corporation tax put people and companies off being productive.

The equity answer to the GST

The Australia Institute’s senior economist Matt Grudnoff, who represents the pro-income distribution position, says there are ways to make the GST equitable.

“My biggest concern with the GST is that it’s a regressive tax. If they can overcome that problem by compensating low-income households for that, that is genuine compensation that lasts over time, then I don’t have a particular problem with the GST.”

However, he argues the compensation measures quickly become dissociated from the GST, and are far more vulnerable to being cut than the GST is to being removed.

“So in five or 10 years’ time all that compensation is gone, the low-income householder is still paying the GST.”

At the other end of the philosophical spectrum (aka the right), the Institute of Public Affairs and RMIT economist Professor Sinclair Davidson says that “being regressive is the best feature of the GST, because it gets people to pay it who otherwise wouldn’t”. He argues that including compensation would cancel out any of the benefits.

The question is, at what social cost? The margin for people on low incomes is tiny, often non-existent.

According to the Grattan Institute, between 2004 and 2014, the amount households spent on GST-eligible goods declined by six percentage points. Goods excluded from the GST, meanwhile, either increased as a percentage of household or remained the same.

That suggests that a broadening of the GST would result in low-income households spending less on food and health.

All in all there are valid arguments on both sides. And Mr Abbott is right to call for the discussion to be levelheaded and not a “scare campaign”.

However, there is, according to Matt Grudnoff, a glaring problem: there are still plenty of ways to raise revenue by targeting those who can easily afford it, namely by tightening concessions on superannuation tax, capital gains tax, and negative gearing. The Abbott government has flatly ruled these out.

In that sense Mr Abbott is not following his own advice to “keep an open mind” on tax reform.

Abbott wants you to keep an ‘open mind’ on GST