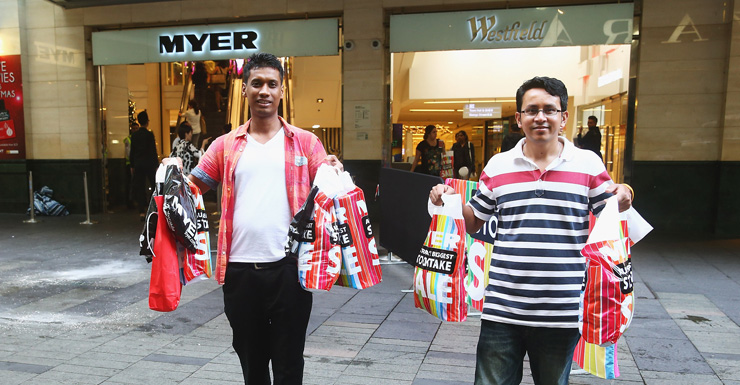 Cash-strapped Australian families received a small windfall in the second half of last year, with average wages growing slightly faster than the cost of living, a study has found.

Incomes grew 2.7 per cent in 2014, while costs increased by just 1.4 per cent, the National Centre for Social and Economic Modelling (NATSEM) and SAS reported.

The average household in the Northern Territory was the biggest winner, finding itself $4,603 (or 4 per cent) better off. Families in the ACT fared the worst, falling behind by $2,517.

Alcohol, tobacco, food and health accounted for the biggest price rises for consumers, offset by a decrease in the cost of electronic goods (and petrol and power).

But while many households may have benefited, the boon was not shared equally.

The richest fifth of Australians enjoyed a larger increase in living standards than the poorest fifth.

High-income households gained $536 a year as a result of the Reserve Bank cut, while low-income earners gained only $38.