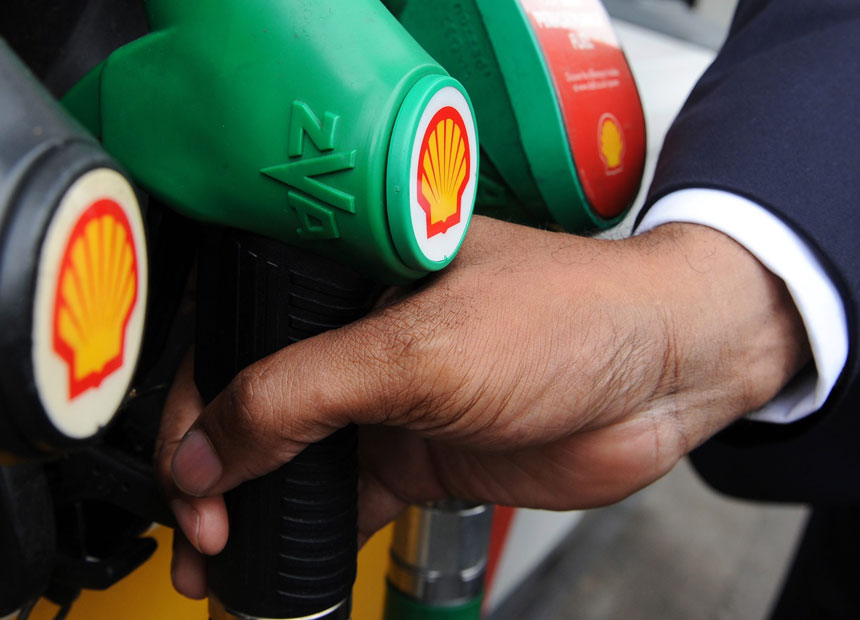 In developed consumer economies like Australia, sharp and sustained falls in crude oil prices can make life a lot cheaper.

The list of the potential winners is a long one. Building materials will be cheaper, as will fishing equipment, toys, paint, pencils and potentially air fares. Christmas will cost less and so will footballs.

But while cheaper consumer items will be helpful for most of us, others wince at the sight of the plunging oil price. The government earns money from indirect taxes like the GST, and falling petrol duties might see government coffers take another hit. That’s when taxpayers might be asked to help cover the shortfall.

The Abbott government is already under pressure to raise the GST rate to make up for lower-than-expected tax receipts from mining companies in 2015.

The Australian Industry Group’s chief economist Julie Toth sees the most immediate benefit of cheaper crude oil prices showing up in the cost of petrol.

Since wholesale oil prices began to slide from above $US110 a barrel in June to around $US70, the national average retail price for petrol has fallen 20 cents to around $1.40 a litre.

In some parts of Australia – particularly Victoria – average metropolitan petrol prices are closer to $1.30 a litre.

Almost every industry benefits from lower petrol prices because the cost of moving goods across vast distances is a big overhead for farmers, manufacturers and retailers.

She also noted that cheaper petrol could free up household budgets and boost demand for other goods and services.

“Some people will drive more because its cheaper to do so,” Ms Toth said.

“But we expect to see a lift in discretionary spending, where consumers use petrol savings on other types of goods.”

Consumers could be big winners

Ms Toth also said the impact of lower oil prices will depend on the falling Aussie dollar.

“Because Australia imports most of its refined oil, the falling Aussie dollar is likely to nullify the impact of lower oil prices,” she said.

“The effects of the falling dollar on importers will be that they will pay more for goods than if the dollar was higher.”

Provided the currency settles, the blessings of falling oil prices for the Australian economy may go way beyond cheaper transport costs.

That’s because petroleum is used to make thousands of products. Almost every good that requires a lubricant, a coat of paint or a plastic component is sensitive to oil price movements.

A sustained decline in petroleum prices could be a boon for home renovators, international travellers, recreational anglers, lipstick users, hay fever sufferers and fans of Lego.

However, the benefits to such consumers are not likely to be reflected in lower prices until the middle of next year.

Here’s a list of product categories that will become cheaper to produce if oil prices settle below $70 a barrel:

The cost of renovating your house is likely to fall because petroleum is an important input in the production of putty, solvents, nylon ropes, water pipes, floor wax, linoleum, rubber cement, enamels, epoxy resins, paint brushes, paints and rubber cement.

The bill for keeping the kids happy at Christmas will probably get much cheaper next year.

Around 20 per cent of the cost of a Lego block is attributable to the petroleum-based materials used to make plastic.

The same applies to most other synthetic toys such as dolls and footballs. Prices for colouring pens, pencils, crayons and facial paint should also fall. The cost of a fishing trip should tumble, as rods, lures and lines all become less expensive to produce.

While air fares are likely to fall as the price of jet fuel lowers operating costs of airlines such as Qantas, the rapidly sliding Australian dollar might make it cheaper to take a domestic holiday instead of an overseas journey.

For stay-at-home pleasure seekers, the cost of some types of condoms could fall.

Hay fever sufferers who rely on certain anti-histamines to get through the pollen-filled atmospheres of spring might be in line for savings, as will users of lipstick, hand lotion, aspirin, nail polish, shaving cream and antiseptics.

And the losers are …

Deflation can make a mess of government tax revenue forecasts. If the deflationary effects of falling oil prices are associated with dampening economic conditions, governments are likely to suffer a revenue run-off.

This would make it more difficult for the Abbott government to balance the budget before the end of the decade, and that might mean they tap the taxpayer – you and me – to claw back some of the losses.

So while lower oil costs make consumer prices lower, consumers may end up redirecting back to the government in the form of taxes.

But the really big loser could be the environment. Cheaper oil might delay public acceptance of alternative energy sources and petro-chemical substitutes.

And the problems caused by rising carbon emissions will make modest savings on Lego and fishing gear seem like fool’s gold.

Falling oil price: great for some, disaster for others