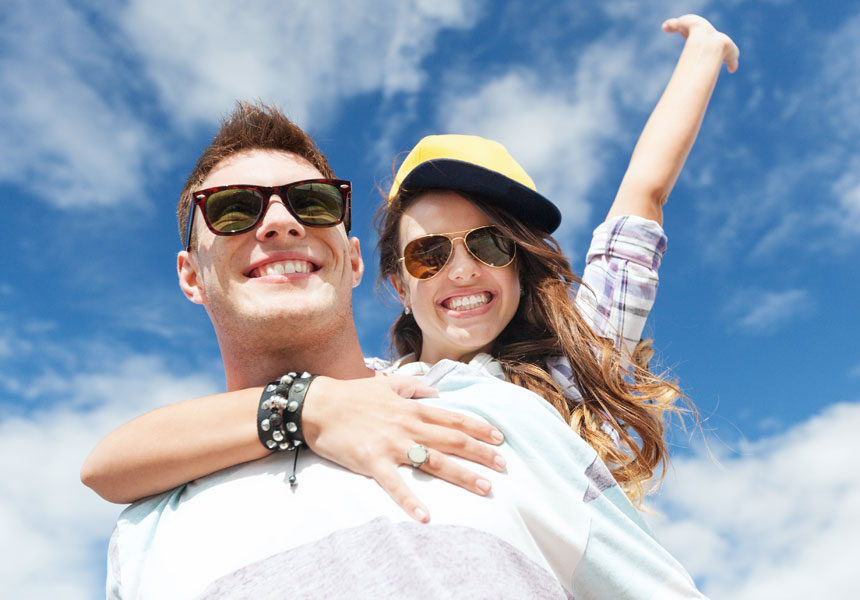 Could you shave $1000 off your living costs – without living like a scrooge – in just a month?

That was my aim in October, as I embarked on a 30-day challenge to cut the fat from my everyday spending without becoming that most feared of all social creatures – a no-fun, no-spending cheapskate.

The challenge was part of my savings blog, Hey, Little Spender, but I was also genuinely curious as to whether I could do it. I didn’t think I was a massive money waster, but then again, I was sure there were areas where I could find some financial shortcuts.

• Mortgage vs super: which should you pay first?
• Cheap shopping from the US? Aussie Post is here to help

Throwing myself into it headlong, I was inundated with thrifty tips from friends, old workmates, family and financial gurus, who all seemed to have at least one savings secret up their cut-priced sleeves.

In 30 days, I looked at 30 different areas of normal life where anyone could possibly save a pretty penny without sacrificing too much. Here were the 10 areas that saved me the most:

Supermarket vs the farmers market: Inspired by a chat with a mum who managed to feed her entire family for $50 a week, I started taking note of prices per 100g or kilogram while at the supermarket.

I did a price comparison between a fresh food market and the local supermarket, and was amazed at the price differences. Shopping at the market saved me a bucket.

That discovery is set to save me hundreds, or even thousands of dollars, down the track.

The $5 dinner: Being someone who loves to see their friends, but doesn’t really like cooking, the first thing I did was to invite a handful of amigos over for a $5 dinner party.

Each friend was assigned to bring one part of the meal – such as a bottle of wine, entree, pasta, salad or dessert, with a $5 upper limit.

Expectations were lower than low, especially on the wine front, but the three-course meal delivered in spades, providing us with a cheap night, along with a delicious bruschetta, two yummy pastas, a salad, chocolate ripple cake and passable (let’s not get too carried away) wine.

My major transport win during the 30 days was the taxi industry disrupting revolution known as Uber. Like Airbnb on wheels, the app matches those needing a lift with available drivers.

I tried the service three times, and took advantage of extra credit after referring friends. I found it a fair old bit cheaper, and much nicer, than the standard taxi offering. The free water bottles were a nice touch too.

Stung by the memory of a $310 trip to the hair salon, this month I focused on keeping costs down – dying my own hair and taking a trip to a bargain salon.

I’d had a favourable experience at the same chain in the past, and thought this $29 cut couldn’t go too far wrong. However this time around it really wasn’t much chop at all.

I probably saved myself a couple of hundred dollars through the DIY and bargain cut approach, but next time I’ll be a little more selective.

Upon realising my phone plan had expired, and that I no longer had a full-time job that would pay for most of it, I set about changing that particular situation. I had been paying about $94 a month – eek – but managed to find a pay-by-the-month option that was less than half the price.

My car insurance was also due, so I went on to a price comparison website and found another option that was $91 cheaper. I rang my current provider and asked them if they’d match it – and in just a few minutes, hey presto!

Inspired a little by the people behind Buy Nothing New Month – which also ran in October – I decided to try and find a few clothing bargains.

• Spending too much? Meet the people buying nothing

I started on eBay, ordering a summery dress that looked like it was barely worn, and cost just $10 plus postage. Thankfully, it fitted perfectly.

I also discovered a real hardcore savings secret – ‘tip shops’ – where those dumping a load at a number of tips can donate anything still of value to a secondhand store on site, with all the profits going to charity. It was a treasure trove of secondhand finds, and I bought a bargain shoe rack and a few other things. Highly recommended for renovators who need cheap paint, wood, blinds or random bits and bobs.

I began realising how much of my money I spent on having fun. I didn’t intend to start having less fun, but I did plan to spend less doing it. So I discovered a range of ways to buy cheaper movie tickets: the traditional tightwad nights, plus savings through Optus and Telstra and sites like www.ticketbounty.com.au.

I also snapped up invites from two friends who had scored free tickets to movies and to a Cuban jazz festival, and tried to cut back on going out for meals a little. Instead I tried to do different, cheaper and healthier activities with mates, such as walks and surfing.

7. Putting out the welcome mat

Having hosted on Airbnb before, I decided to open up a few more available dates on the calendar, and welcomed two guests over about a week in total.

One was in town for a massive Jehovah’s Witnesses Convention, while the other was a young Italian woman newly arrived to Melbourne. The experiences netted me more than $250.

I’m not a huge hoarder, but I knew there were things hanging around that I definitely didn’t need any more, such as a pair of roof racks that I hadn’t used in years, and a rockclimbing harness I got for my 21st birthday.

I took a few bags of clothes to the op shop, and put the racks and harness and a couple of other little things on eBay. It earned me about $80, and left me with more room in my cupboards and a spring in my step.

9. Chilling out on the cheap

Being one of those people who spend much of their working life at a laptop, I’ve been known to be a regular partaker of neck and shoulder massages. Instead, I tried to be more aware of my posture, walked around more in between writing stories and stretched regularly. While I think I’ll still need a massage from time to time, I’ll be focusing more on yoga and upping my exercise quota in the future.

Blogging about bargains everyday had me constantly thinking about how to save money in every area of my life.

So I started walking to the supermarket more, only paid for parking once (and it was only $4), used the local library, picked herbs from my apartment complex’s communal garden and really appreciated what I already had.

I did manage to save $1000 in the end, and the bargain brainstorming will continue to save me money down the track when I have time to roadtest some of the other ideas myself. Ker-ching!

A full rundown of the 30-day challenge is here.

If you liked this article then read:

Mortgage vs super: which should you pay first?
Cheap shopping from the US? Aussie Post is here to help