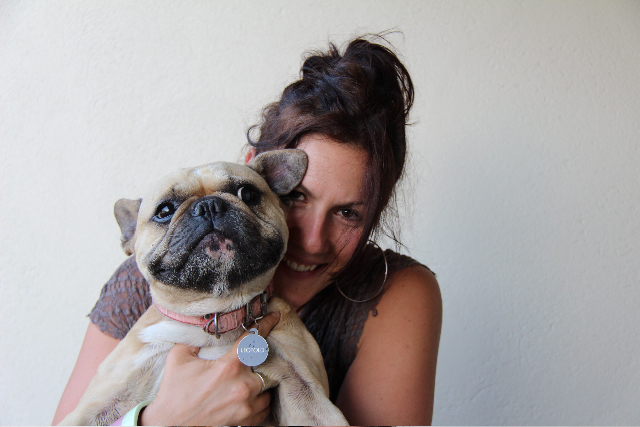 Buying virtually everything secondhand – from shoes to furniture to designer jackets – has become the default way of living for Tamara DiMattina, the original-thinking PR woman behind Buy Nothing New Month.

Ms DiMattina came up with the idea for the awareness campaign in 2010 after years wondering why Australians consume so relentlessly.

She was also concerned about where all the “stuff” came from and where it ended up.

“I’d always been freaked out about how wasteful we are,” says the 38-year-old.

A trip to a slum in India in 2009 really opened her eyes. She saw poverty-stricken people working in “terrible, terrible conditions” among the waste of the West.

Through a contact, she later won a place on a trip to Antarctica to learn about climate change and sustainability, before undertaking a fellowship at the Centre for Sustainability Leadership in Melbourne.

Ms DiMattina says while the idea of buying nothing new was often talked about in alternative media, she wanted to use her public relations skills to make the concept more mainstream. So she started October’s Buy Nothing New Month.

Buying more than we need

Ms DiMattina believes many people in Australia unintentionally fall into buying more than they need to because of a bombardment of advertising messages, and a generally high level of disposable income.

She says thousands have so far embraced her experiment, with participants often reporting they had saved around $1000 by changing their habits.

“I’ve had so many come back to me saying it’s completely changed my life,” she says.

Ms DiMattina says almost all her own clothing, shoes and household items are secondhand, except for selected items like her bed, sheets, underwear, socks and singlets.

A trend against buying

With the idea becoming more common, others, such as Brisbane’s Rachel Smith, have taken the concept further. Ms Smith plans to go an entire year without buying anything new – or secondhand.

Her self-imposed rules are that she is allowed to buy food and essential toiletries, along with experiences such as going to the movies, horse riding and dinners. Instead of buying material presents for her family, she buys them experiences.

Ms Smith says much of the money she’s saved she’s spent on having fun or furthering herself. She feels generally happier for the experience.

Ms DiMattina suggests people trying to change their spending – at least for this month – should first try to alter their routine.

“If you’re a shopaholic, try and do stuff you wouldn’t normally do. Have a look on eBay for secondhand stuff. Do a little bit of research into a great op shop,” she says.

Spending differently has brought benefits to Ms DiMattina’s life. She can afford to travel regularly, and managed to pay off her Melbourne apartment in just a few years.

Tips to help you resist buying anything new • Go op shopping: Some stores are full of junk, but many can throw up unexpected treasures. Also try Gumtree.

• Don’t shop, swap: There are numerous sites to swap all sorts of things. Try Freecycle, Ziilch and The Clothing Exchange.

• Channel your Grandma: Reuse, recycle, make stuff, alter stuff and borrow, barter and trade. Find a use for everything.

• Repair, don’t replace: Liberate your clothing from the wardrobe by shortening, lengthening, darning or re-working. If you can’t do it yourself, get a local seamstress on the job.

• Get some hobbies: Go surfing, join a book club, have a picnic – get some new interests and get out of the shopping strip.

• Set up alerts on eBay for your favourite brands: When something’s listed you’ll know immediately.

• Use your local library. Or if you want to buy search used book sites like www.brotherhoodbooks.org.au.

Addicted to shopping? Meet the people buying nothing