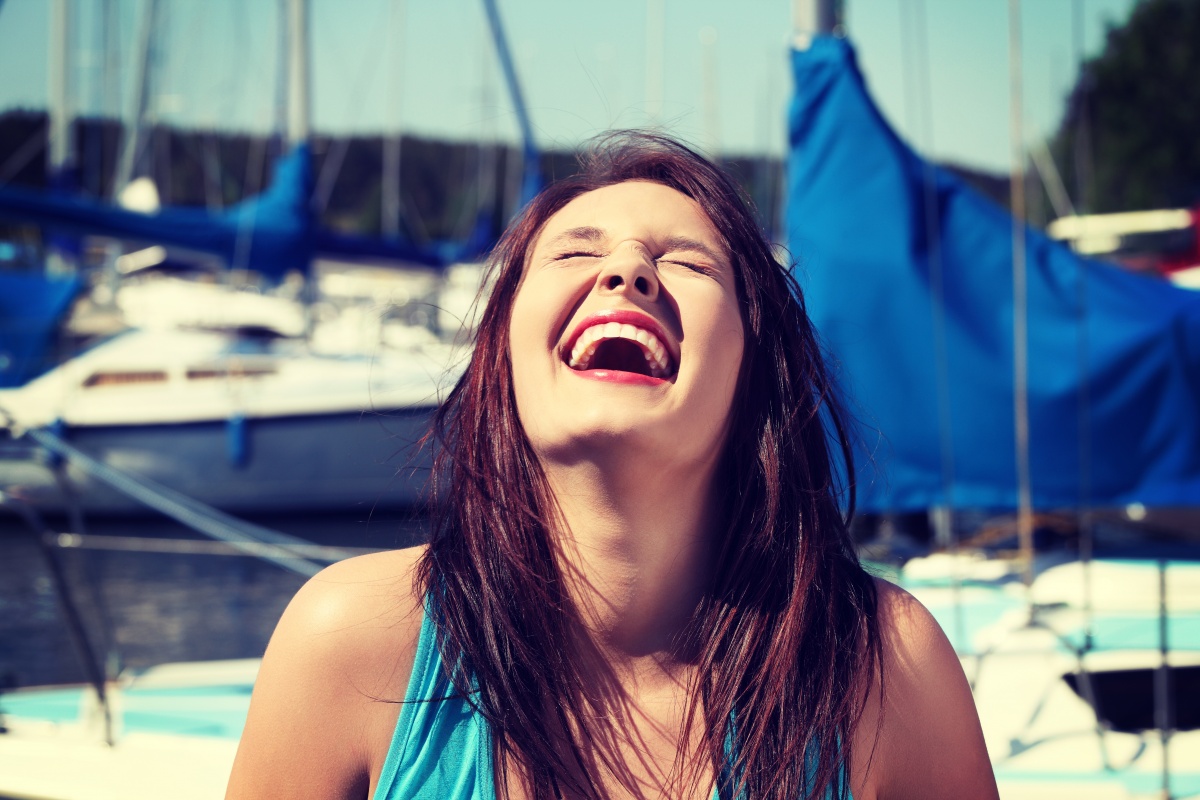 “Money can’t buy me love,” sang the Beatles, but it sure came in handy for expensive guitars, mansions, and LSD-induced psychedelic trips around the world.

Money itself is a bit like a drug. The less you have, the more you want. The more you get, the less satisfying it becomes.

But anyone who tells you it cannot buy happiness is dead wrong. Just ask someone who doesn’t have any.

Happiness researcher Dr Melissa Weinberg at Deakin University says a wealth of research now puts it beyond doubt that dollars are linked to wellbeing.

• Are you rich, poor or somewhere in between? Find out here
• How I lost everything – and then bounced back
• Money advice from the world’s richest people

The team of researchers at the Australian Unity Wellbeing Index (AUWI), which includes Dr Weinberg, has been collecting data on Australian happiness since 2001. They have consistently found that money is very important, especially for those with very little.

For those earning less than $30,000 a year, more money will probably make them happier.

“The reason is that we need money to be able to attain certain things that are essential for our wellbeing, or to basically be a resource that we can use if things happen to threaten our wellbeing,” Dr Weinberg says.

• Can you spend too much on happiness? Click on the owl to find out

The freedom of money

The embodiment of the “money buys happiness” mantra is American millionaire Dan Bilzerian, an ex-Navy Seal, poker star, playboy and regular boaster on social media, who reports a net worth of approximately $100 million.

“Money is freedom,” Mr Bilzerian said in a recent interview with All In Magazine.

“It’s not about the cars or the money, it’s about being able to do whatever you want to do.”

While it should not be interpreted that Dr Weinberg approves of Mr Bilzerian’s lifestyle, she agrees that money can help you avoid possible restraints and roadblocks to happiness.

“For example, if somebody all of a sudden is diagnosed with a sudden health condition, you can afford people who can help you,” she says.

The problem for Mr Bilzerian’s millions of dollars, and his displays of opulence, stupidity and sexism, is that money quickly runs out of happiness-buying steam.

According to Dr Weinberg, the sweet spot is $100,000 of (pre-tax) annual household income with little difference between that and earning $250,000.

“It’s almost like, once you have enough money to cover basic needs, having more money to buy our wants doesn’t get us very far,” Dr Weinberg says.

How to spend wisely to maximise happiness

Another impediment to buying happiness is that we soon rebound to a “happy medium”.

Over the 30 surveys conducted by the AUWI, average Australian happiness consistently sits between 73.7 and 76.7 on a 100-point wellbeing scale.

Thus, when “buying happiness”, we need to learn how to improve and extend the pleasure of each purchase for as long as possible, before we inevitably bounce back to the 75 per cent mark.

“When something good happens, [we need to] make sure we milk it for all the goodness it has, before its intensity subsides and we adapt to our ‘ordinary’ lives,” Dr Weinberg says.

The need to ‘milk’ our purchases was confirmed by a team of US and Canadian researchers, who in 2011 found that money probably buys happiness, but that we are notoriously bad at spending it wisely.

To help you milk every dollar for all the happiness it has to offer, the researchers compiled these handy tips:

Sky diving might be better than a private jet, for example.

2. Use your money to help others

This is where charity comes in. The warm, gooey feeling you get from giving away your money or time can make you very happy.

Dr Weinberg says that those who derive their greatest source of achievement from volunteering have the highest wellbeing scores.

But she warns against giving away or spending what you can’t afford.

“My advice would be that if you don’t have enough money, best to keep it for yourself for higher wellbeing,” she says.

Even children can be a risky happiness investment if you can’t afford them.

“We know that happiness is highest for the DINKs – those with double income and no kids, because what happens is, once kids come along they start draining that financial resource,” Dr Weinberg says.

But don’t take that as a blanket rule against rug rats. “As long as you can afford them, you can have them,” she says.

3. Buy many smaller pleasures rather than fewer large ones

Many smaller pleasurable experiences could make you happier than one big purchase.

4. Dim those green eyes of jealousy

Don’t compare your purchases to those of your neighbours, or anyone for that matter. You’ll be a lot happier with your car, boat, house, etc if you don’t envy what others can buy.

Cruising back to Cannes at 28knots, I’ve been on this boat for 9 days. Had a ridiculous time pic.twitter.com/tIG43A8bdi

Just as distance makes the heart grow fonder, building up anticipation for your purchases can help you milk more happiness out them.

This is a source of “free happiness” according to the report in the Journal of Consumer Psychology.

The researchers, who were from Harvard, University of British Columbia and University of Virginia, give the example of eating a cookie straight away as opposed to ogling it longingly for a few minutes.

You end up enjoying the cookie eating experience, plus the time you spent hungrily waiting for it. This holds true even if it isn’t a particularly scrumptious cookie.

“Research shows that people can reap substantial enjoyment from anticipating an upcoming event even if the event itself is not entirely enjoyable,” the researchers conclude.