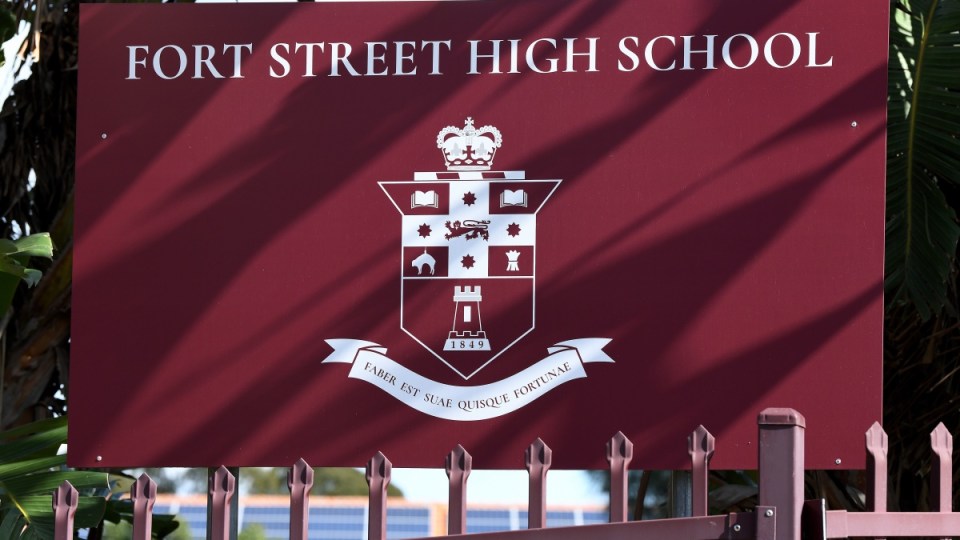 Emergency services are investigating the death of a worker at Fort Street High School in Petersham. Photo: AAP

A stonemason has been crushed by a sandstone block while he was working at a high school in Sydney’s inner-west.

Emergency crews were called to Fort Street High School in Petersham about 11.20am on Friday, following reports scaffolding had collapsed on a man, NSW Police said.

It is understood the stonemason was trapped under a sandstone block.

Police on the scene said they found the worker trapped under large stones.

Paramedics pronounced the man dead. He is yet to be formally identified.

Fire and Rescue NSW said the cause of the accident had not yet been determined.

A crime scene was established at the school and SafeWork NSW was notified.