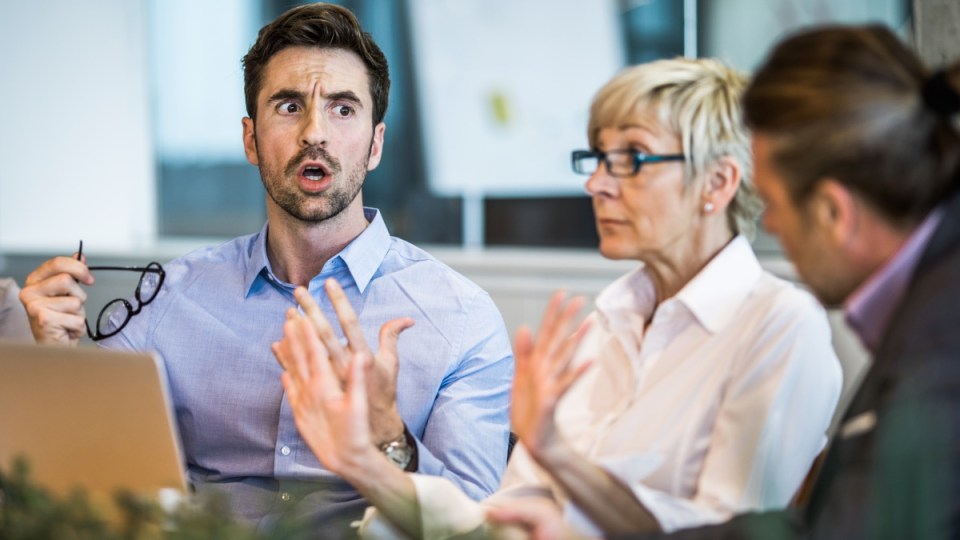 Workplace arguments can destabilise teams and even leave people feeling like they have no choice but to quit their jobs, but experts say there are productive ways to resolve even the ugliest disputes.

Conflict at work can usually be traced back to communication breakdowns, said Renee Giarrusso, communication, leadership and mindset expert.

“Workplace conflict can’t be avoided, but it can be managed and I think that’s really important,” she said.

Under work health and safety laws, employers must manage psychosocial, or mental health, risks to workers. These risks include everything from unreasonable job demands to violence and aggression, according to Safe Work Australia.

Workplace disharmony is common, but it isn’t always obvious. However, it can have an unmistakable impact on teams, said Giarrusso.

“Conflict isn’t always people yelling at each other,” she said.

“It can be tension and people can feel it. If it’s not brought to the forefront, I think it has this subliminal, toxic impact on morale and the biggest thing, motivation.”

Resolving issues early is key and experts say this can only happen when employers feel they are in a safe environment where they can voice their opinions and grievances.

“My biggest tip is to find the root of the conflict,” Giarrusso said.

“Go back to find out what’s really going on, peel back those layers. “Address it early, be on the front foot and look at what it will cost you not to resolve the conflict.”

Justin Peckett, director of Leading Teams, works with teams across businesses and elite sporting clubs. The highest performing teams he works with create agreements to resolve conflict as soon as it arises, he said.

“At a basic level when human beings come together to try and get stuff done, there’s often conflict, but it’s not always a bad thing,” he said.

Workplace leaders who are confident their teams can cope with airing disputes are likely to use them as a way to strengthen relationships, Peckett said

“They welcome conflict, as long as it’s not unproductive. Teams and individuals should be able to disagree with each other and have different points of view, but if they have a commitment to resolving issues they make the time and space to get through it.”

Putting out the fires of workplace conflict