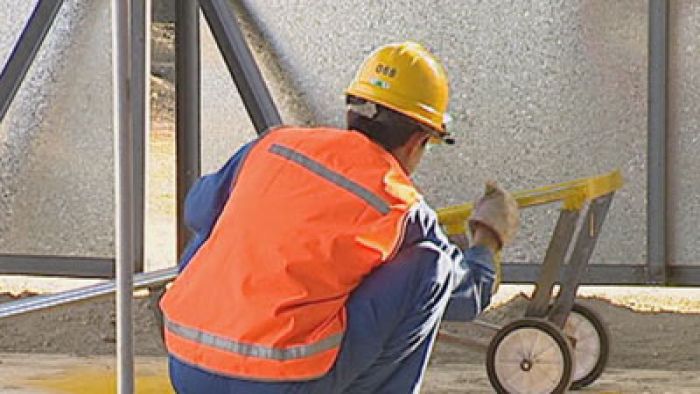 The new federal government will outline its position on a rise to the minimum wage.

The Albanese government has formalised its push for a wage rise that matches spiking inflation, saying it is determined that “low-wage Australians don’t go backwards”.

The government handed in its submission to the commission on Friday afternoon, as the body reviews whether the minimum wage should rise above its current $20.33 an hour.

“Keeping wages low is no longer a position from the government of Australia, we want to make sure that wages can get moving, and the first step of that was taken today,” Mr Burke said in Sydney.

“We have made clear to the Fair Work Commission in its annual wage review that the position of the government is that we do not want low paid workers to go backwards.”

While the submission does not include a figure on how much the minimum wage should rise, the government argued the wages should not go backwards, following the consumer price index rising to 5.1 per cent.

The submission from the government said: “In considering its decision on wages for this year, the government recommends the Fair Work Commission ensures that the real wages of Australia’s low-paid workers do not go backwards.”

Prime Minister Anthony Albanese said during the election campaign he would “absolutely” back a 5.1 per cent increase in the minimum wage.

Mr Burke said the submission was not limited to those on the minimum wage, also referring to low-wage workers.

“They’re largely the heroes of the pandemic … We’re talking about people on awards that are close to the minimum wage as well,” he said.

“We don’t want anyone to go backwards, but there’s a particular priority right now with respect to low-paid workers.”

“We’re talking about at the minimum wage level – a dollar an hour … And anyone who wants to say that somehow that can’t be afforded, I think completely lacks an understanding of what is going on in Australian households right now,” he said.

Other bodies will have until Wednesday to lodge a submission in reply to the government’s position.

The Australian Council of Trade Unions had called for a 5.5 per cent rise to the minimum wage in its submission to the Fair Work Commission.

The commission is expected to hand down its final decision before the end of the month.