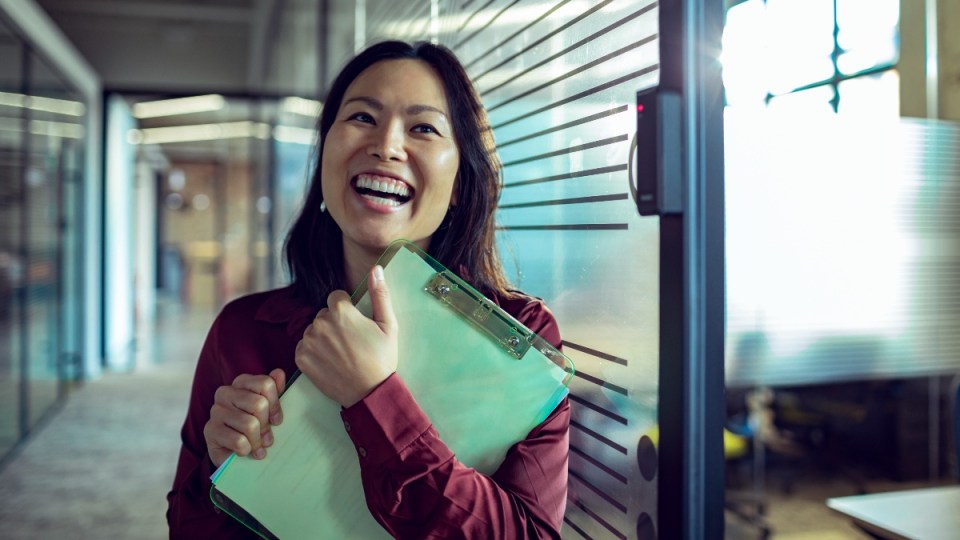 Changing jobs could be the best way to land a pay rise for some workers. Photo: Getty

It’s no secret that wages have been growing at a glacial speed – last year wages rose by a meagre 2.3 per cent.

But there could be a fast-track way to pocket a decent pay rise.

The federal budget predicts average earnings per hour will rise 5 per cent through the year to the June quarter of 2022.

It may be a step in the right direction. But it is hardly a road to riches when living costs are rising by 5.1 per cent.

For workers fed up with go-nowhere pay growth, the solution to a super-sized pay rise could be as simple as handing in your notice.

Australia’s closed border policy over the past two years has delivered a silver lining for the nation’s workforce.

The severe shortage of skilled talent has put workers firmly in the driver’s seat when it comes to pay negotiations during a job interview.

The latest SEEK Employment data confirms record volumes of job ads in the first quarter of 2022.

March saw the most job ads posted on SEEK in the company’s 25-year history.

SEEK ANZ managing director Kendra Banks said “the upcoming federal election would usually signal a slowdown in hiring, however we are not seeing any signs of that happening yet”.

She added that employers are fast-tracking hiring activity to avoid missing out on top candidates, but noted, “demand is still greatly outstripping supply”.

This is allowing job seekers to call the shots on salary.

In the driver’s seat

A survey by recruitment firm Robert Half confirms candidates are not being shy about leveraging their bargaining power.

It found four out of five employers say job seekers are becoming more assertive in pay negotiations, requesting an additional 15 per cent on top of the advertised salary.

Pushing for more pay in a job interview is often difficult. But job candidates may not have to haggle at all.

According to Robert Half, three out of four employers are planning to increase starting salaries for new hires, offering on average 10 per cent more pay than last year.

That is almost 7 percentage points above the current growth in national wages (2.3 per cent).

“Employees who feel undervalued, overworked, underpaid or think their career is at a standstill – now is the time to explore options,” he said.

NAB’s latest salary data shows more than one in five Australians have already changed jobs in the past year.

It’s not quite up there with ‘The Great Resignation’ predicted by Microsoft in March 2021, which forecast two out of five workers globally would change jobs.

Local data shows that in the year to February 2021 resignation rates actually hit an all-time low.

But a survey by ELMO Software suggests Australian employers could soon be swamped by resignation letters.

Although there’s much to love about higher pay, Mr Jones cautions against giving the boss the bird just to pocket more pay.

“A high starting salary with limited career growth will net out to be worth less in the long run than a market-rate salary with clear career progression,” he said.

“Likewise, no salary will offset a rigid or highly stressful work schedule if flexibility and work-life balance are important to an employee.”

Boost your pay by 10 per cent? One step could be all it takes