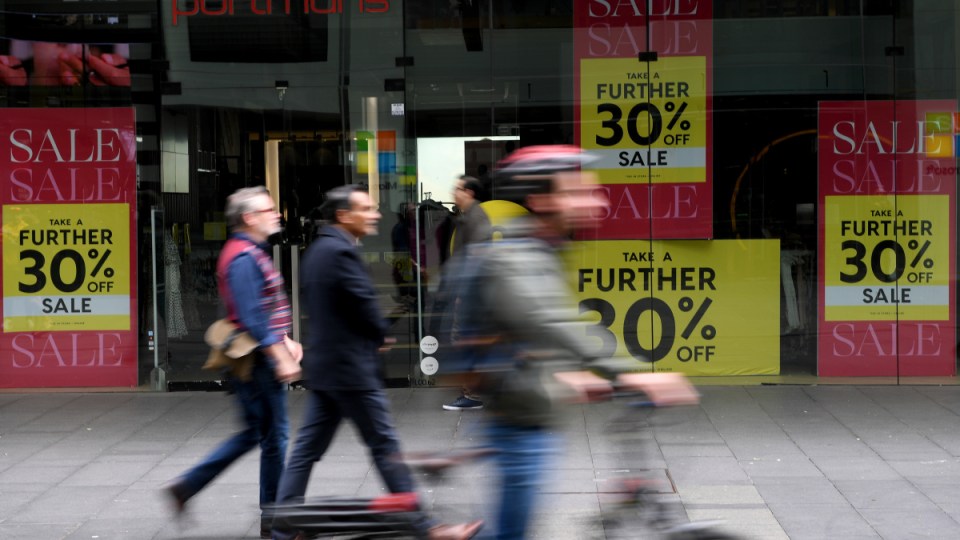 Australia’s unemployment rate remained steady at 4 per cent in March as a further 17,900 people joined the workforce, fewer than economists had been expecting.

Economists had expected the jobless rate to fall to 3.9 per cent, which would have been been lowest since 1974.

However, the unemployment rate continued to fall faster for women than for men, the Australian Bureau of Statistics said.

“The unemployment rate for women fell from 3.8 per cent to 3.7 per cent, the lowest it has been since May 1974,” ABS head of labour statistics Bjorn Jarvis said on Thursday.

The jobs recovery has been the stand-out feature of Australia’s rebound from recession, when the unemployment rate hit a 22-year high of 7.4 per cent during the downturn in mid-2020.

Both the Reserve Bank of Australia and Treasury are forecasting an unemployment rate of 3.75 per cent later this year.

Prime Minister Scott Morrison and Labor leader Anthony Albanese were out campaigning ahead of the May 21 election campaign and both chose to address the media before the latest jobs figures were released.

Earlier in the week, Mr Morrison pledged 1.3 million jobs would be created within the next five years, building on gains in past years. The prediction is largely in line with expected population growth.

“The world we are facing at the moment means my government will first and foremost be focused on our economic recovery with the economic plan that is creating the jobs.”

But Mr Morrison’s promise comes at a time when there are already acute skills shortages, partly reflecting the absence of skilled migrants due to closed international borders trying to contain the pandemic.

“Without a comprehensive strategy to address workforce shortages, businesses who are already stretched with an ultra-tight labour market will be pushed to breaking point,” he said.

“The next federal government must pull all the levers it can to address chronic skills shortages.”

Mr Albanese said in the NSW town of Cessnock he also wanted to see the unemployment rate as low as possible.

But he noted half a million Australians already had to work three jobs or more.

“That is an increase of 50 per cent since this government came to office,” he said.

Unemployment rate steady at 4 per cent