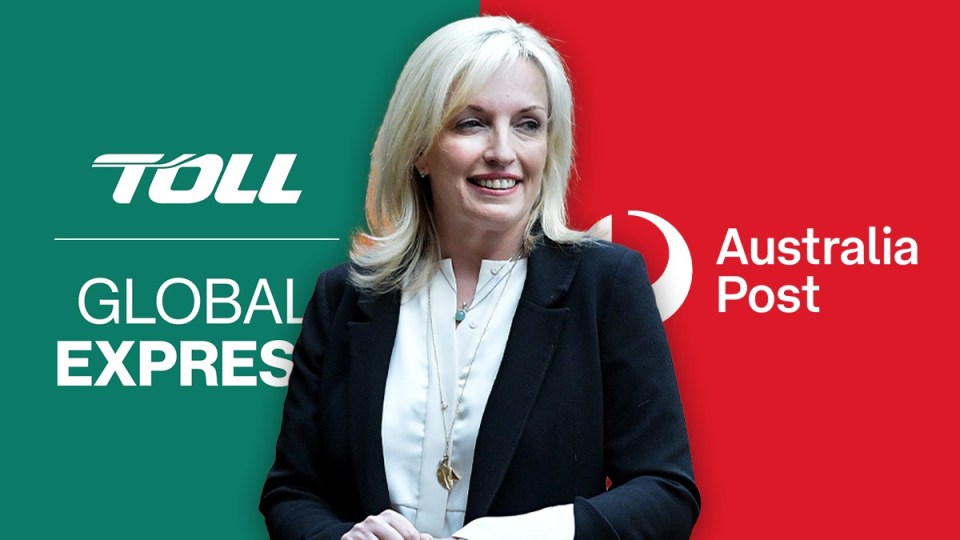 A national award for women’s leadership is the latest feather in the cap for Toll Global Express CEO Christine Holgate after battling through an unceremonious ousting from Australia Post in 2020.

Ms Holgate has been named as the 2022 national award recipient of the Australian Award for Excellence in Women’s Leadership,

She was awarded for her “resilience” and “passion for justice” two years after being forced out of her job as Australia Post CEO.

After it was revealed she gifted Australia Post executives with expensive watches – which the Australia Post board authorised – backlash from figures such as Prime Minister Scott Morrison left her “suicidal” and on medication.

“I lost my job, a job I loved, because I was humiliated by our Prime Minister for committing no offence,” she said during a Senate Inquiry into the issue in 2021.

No news is still good news

Ms Holgate was announced as the chief executive for Toll Global Express a week after the expiry of her non-compete clause with Australia Post in May 2021.

Since her appointment, there hasn’t been much news of her decisions or changes made to the organisation, but Curtin University adjunct associate professor Paul Alexander said this is to be expected.

Dr Alexander said it is unlikely Ms Holgate will do anything major for a couple of years, as she is currently in “learning mode”, despite her “very effective” leadership history with companies including Australia Post and Blackmores Group.

He said she has a pattern where she takes time to look at what a company fundamentally does before making big changes.

Ms Holgate will soon be on top of new opportunities in the fast-changing market, as logistics companies deal with pandemic disruptions and technological innovations, he said.

“Toll are not in a position of existential danger,” Dr Alexander said.

“They’re not going to go down – they’re coming up in the scene. They’re taking it to Australia Post and to other competitors.

“So there’s no reason for her to suddenly change something quickly.”

Dr Alexander said Ms Holgate has found herself in the right place at the right time, as logistics companies such as Toll are dealing with “exciting” changes in the global supply chain industry.

“If you’re going to change the way things work, then now’s the time to do it,” he said.

Logistics companies are looking to swoop in on industry changes, which include the possible expansion of drone deliveries and opportunities to fill weaknesses in the supply chain, such as pallet shortages.

But Ms Holgate is carefully taking her time before bringing about change, a stark contrast from some new CEOs who “rock in” and change everything within weeks, Dr Alexander said.

“She likes to get consensus and build things,” he said.

“In the next one to two years we’ll see Toll doing something fairly high profile, but that isn’t why I think she’s won [the award].”

Championing change for treatment of executives

Since leaving her Australia Post position, Ms Holgate has been vocal about her mistreatment by the organisation and the government.

“I became the roadkill of our Prime Minister, who sought a major distraction of the piling criticism in Parliament that week,” she said during a speech at the CEO Magazine Awards last week.

At the time, the Morrison government was facing criticism for paying millions above value for land owned by Liberal Party donors and was defending a lawsuit against its now-scrapped robodebt scheme in court.

“Whatever the reason, I became the latest victim of cynical politics, the victim of complete failure of governance and standards,” Ms Holgate said.

“And, more than anything, the victim of bullying and humiliation.

Dr Alexander said Ms Holgate’s decision to talk about how the events of 2020 affected her personally is very different from how most high-level executives – men or women – handle being “rolled on” by companies.

“What she did differently was she called it for what it was. She said ‘This is essentially about bullying. This is about a whole range of things that are going on, and this is affecting my mental wellbeing,'” he said.

“And that was a different thing to what most executives previously have done.

“I think what she’s done for senior executives – men and women, in my view – is that she said, ‘It’s OK to be real’.”

In her award acceptance statement, Ms Holgate used the opportunity to talk about the work that needs to be done to achieve a “safe, respectful and equitable society”.

“To start with, it is critical we implement all 55 of the recommendations from Kate Jenkins’ Respect@Work report to ensure women can go to work and feel safe.

“I am passionate about advocating for more respectful workplaces and I will stand behind the women who are calling out inequality, harassment and bullying when they see it.

“I owe this to the many thousands of people who stood behind me when I needed the support, and I owe it to the next generation to ensure that what I experienced doesn’t happen to others.”

If you or someone you know needs help, contact Life Line on 131 114